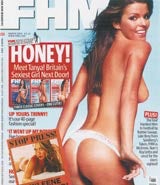 A new weekly magazine for young boys, called Sorted, is looking for an advertising agency to handle its launch campaign. Three unnamed agencies have been shortlisted for the multi-million pound account, and a decision is expected this month.

The magazine, to be launched in January, will be aimed at boys aged 11 to 16 years old. It is being published by independent publisher Russell Church. The price of the weekly magazine has yet to be decided.

In the early Nineties, Church published an “irreverent” comic, titled Zit, to rival Viz. Viz is now owned by Dennis Publishing. Zit was aimed at 18- to 35-year-old men.

FHM publisher EMAP is rumoured to be launching a weekly lad-mag – a first for the sector. The new magazine will have a celebrity focus, building on the success of EMAP’s weekly celebrity titles – Heat and Closer – which are aimed at women.

Press buyers, however, are sceptical about the launch of a weekly men’s magazine. One buyer says: “Men are just about getting used to the idea of buying a magazine once a month, I’m not too convinced that a weekly title will be very attractive to them.”

The Daily Telegraph has appointed former marketing director Hugo Drayton as managing director to replace Jeremy Deedes. And in a further upheaval, long-serving managing director of sales Len Sanderson is resigning as part of a “wider restructure”. The shake-ups at the paper began last week with the appointment of Martin Newland as editor, replacing Charles […]

WAA has created the £2m launch campaign for airline Duo, to be launched on November 1. The regional TV, radio, press and outdoor campaign has the strapline ‘From November 1, the world will be a nicer place’.