The oil giant has admitted the spillage crisis is costing it millions and says the project will cost about $360m (£244m). According to Louisiana Governor Bobby Jindal, the White House had ordered BP to pay for the construction of the sand barriers.

BP estimates that the disaster has so far cost the company approximately $990m (£674m) in clean-up costs, but has refused to speculate on future expenses. This is a massive increase from May when the cost was $350m (£235m).

The oil began leaking into the Gulf of Mexico on 20 April when the Deepwater Horizon drilling rig, leased to BP, exploded, killing 11 workers. BP has admitted it was unprepared for the crisis.

Over the weekend, attempts to stop the oil leak failed, which has resulted in the brand’s share price slumping over the last few days. Analysts predict it has wiped £46bn off of BP’s market value.

The brand is also facing more pressure from the US government, which has launched a criminal probe into the explosion and has called for the brand not to pay its shareholders dividends before the total costs are known. 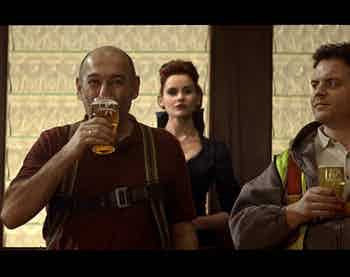 Strongbow is launching a television campaign to tie in its “hard earned” message with the World Cup.

Marks & Spencer denies it looks “silly” by featuring Theo Walcott in its World Cup ads, since the player failed to make the England squad.