Just over a year ago I wrote a column that predicted the imminent demise of the BP brand. I pointed out that when a brand is positioned around associations like ’green’ and ’integrity’ and then commits the worst oil spill in modern times as a result of negligence and systemic mismanagement, the game is up.

I suggested the brand would have to be withdrawn not because of any boycotts at the petrol pump (which would be short and relatively minor) but rather from the reputational costs that would impact BP at the organisational level of the company: employees would depart, funding would become more expensive to secure and licences to drill for gas would become harder, if not impossible, to secure.

Sixteen months on, BP announced profits for the last three months of £3.2bn. The brand has embarked on a slick ad campaign in which the company trumpets its success in producing lower carbon fuels from “energy grasses”.

The company has also restarted operations in the Gulf of Mexico and last month received approval from the US government to begin a new 6000ft drilling operation there.

My column was clearly incorrect, but was it wrong to suggest that BP’s brand should disappear? Is there anyone else out there that finds it even mildly concerning that having been entirely responsible for an environmental disaster from which the Gulf of Mexico might take decades to recover, BP continues to promote its environmental credentials? Makes billions in profits? Or is granted a new licence to drill in the very same region of the Gulf, albeit 1000ft deeper down, where it got it so wrong so recently?

Surely, when you shred your reputation so horrendously your brand should be tarnished so badly it should become defunct?

Apparently not. And BP seems to be only one example of a growing trend in which brands openly flout ethics, the law or their own well-established positioning and seem to get away with it with relative impunity.

Last year investment bank Goldman Sachs was caught deliberately selling investments to its clients that it thought were worthless and which the bank was actually betting against with its own money. On a series of hugely incriminating emails, Goldman employees who were actively promoting the securities to their clients were recorded as describing them in private as being “junk”, “a piece of crap” and “a shitty deal”. This from a company that prides itself on its famed “14 principles” which include honesty, pride in being professional, and putting its clients’ interests ahead of its own.

Like BP, Goldman was found to be behaving in direct opposition to its stated brand values while engaged in something at the very core of its operations. And like BP, the bank suffered almost no reputational repercussions of any kind. The employees involved kept their high salaried jobs, the CEO defended their actions in front of Congress, and Goldman ended the year with profits of £5.2bn.

Closer to home, those financial titans at Royal Bank of Scotland were widely vilified last month for stopping more than 1 million account holders with basic bank accounts (many of whom are deemed to be the most vulnerable members of society) from using the national ATM network. Justifying the move, RBS pointed to the fee the bank must pay (thought to be 24p) every time its customers used other banks’ cash machines. This from the bank that only remains in existence because of a public payout.

This is also the bank that has the gall to spend some of that public money on a series of glossy inserts called InFocus which appear in Management Today and which showcase RBS and its advice for small businesses on issues like innovation and managing risk. Managing risk? Who on earth would take advice on risk from the muppets at RBS based on their track record?

But no-one seems to care about track records any more. We have built an industry around reputation management and corporate branding even though current evidence suggests that both are entirely pointless. Why should organisations care about their reputation if they appear to be able to commit egregious acts in opposition to fairness or their stated brand values and ultimately get away with it? The media and the PR agencies might preach the dangers of “reputational risk”, but is there really any risk at all?

There certainly used to be. Gerald Ratner lost his business in less than a month after calling his jewellery “crap” in the Nineties. Arthur Andersen imploded in 2001 because it hid rather than revealed the true extent of its clients’ misdeeds. But these are old case studies. Is reputational risk anything more than a soundbite today?

Anyway, back to the main point of the column. I was incorrect about BP. Is my reputation restored? Oh wait a minute… who cares anyway? 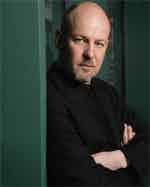 The recently developed relationship between targeting and creative poses a challenge to agency business models. The big trends in digital advertising during the past 12 months have all been about improving targeting, and by extension all about data. The tail end of last year was dominated by the adoption of retargeting by online retailers, and […]

In these testing times, it is a joy to hear from somebody who is upbeat about business prospects. A relatively junior member of our independent sector sales team had taken it upon himself to make sure that the marketing department was properly briefed on what he believes will be a key change to consumer behaviour […] 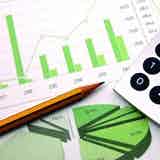