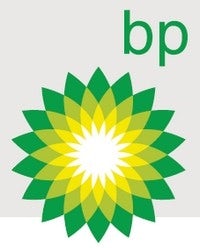 Among its spiraling list of expenses over the past year, beleaguered oil giant BP has also just shelled (no pun intended) out even more cash to take out full page ads in the national newspapers.

But rather than coming across as a humble apology and a tiny step in the very long road towards cleaning up the Gulf of Mexico mess, both physical and corporate, the pages simply appear as another decoy towards owning up to the real scale of damage to ecosystems, people’s lives and the brand itself.

BP’s tactic has not been swallowed by the public in the way it hoped and has indeed created more negative headlines than good.

The message coming from BP is not the copy it has carefully crafted for the ad, talking about results, financial costs and apologies, but one of continued indifference and opaqueness. By choosing the static, traditional medium of press, BP has control of the message and control of how it deals with reactions – i.e., directing people to navigate complex online menus, send emails that won’t be responded to or to be fobbed off by call centre staff.

In the ad, BP claims to have spent $13bn (£8bn) on the clean-up and committed $500m (£306m) to fund scientific studies on the impact of the spill. But the whole premise goes exactly against what the brand’s chief marketer Luc Bardin told Marketing Week in September – that actions speak louder than words. In this case, BP has hoped that the words will cloud over the severity of the actions.

Bardin’s advice has gone unheeded but at the company’s continuing peril. Boasting behind the protected screen of a broadsheet page does little to tell the public how exactly BP has rectified the disaster, what staff are on the ground in the Gulf of Mexico and what they are doing to put themselves on the line to do more than just fix the disaster, but build some positive brand equity.

The public wants to see humility and feel the losses BP is suffering, however small they appear next to the scale of the natural impact of the oil spill. There is nothing humble or remorseful about a full page advertisement. I can’t hear the tone in the CEO’s voice. I can’t see the frustration and concern on a staff member’s face as they speak to a fisherman whose livelihood has been robbed. I can’t feel the weariness of the extra hours people have put in to make things right.

These are all the elements that make a brand appear human, and will let the public slowly start to forgive BP. One-way broadcast messages have their place for traditional brand building, but BP is nowhere near that stage yet. It is still crisis managing, and carrying on in this same vein instead of making itself open, approachable, and maybe even vulnerable, will leave it in crisis management mode for a long time still to come. 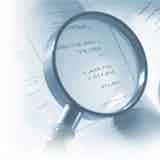 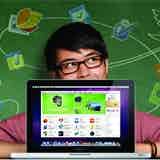