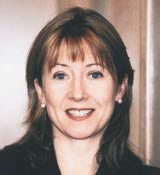 B&Q has made advertising chief Breffni Walsh redundant after just over a year in the role as part of a reshuffle of the company’s senior management team.

As marketing controller, part of Walsh’s brief was to handle the company’s £30m advertising spend. Her position will remain vacant while the company decides on the future structure of its marketing department.

Until a decision is made, Walsh’s advertising duties will be taken by director of special order marketing Justin Lees. The reshuffle has so far not affected the DIY retailer’s marketing director, David Roth.

Prior to her appointment at B&Q in August last year, Walsh was head of advertising and branding at Thomson Holidays. She has also worked in marketing positions for Pizza Hut, Dorothy Perkins and Forte Hotels.

The decision comes at the same time as B&Q announces the retirement of chief executive Bill Whiting. He is being replaced by commercial managing director Rob Cissell.

B&Q has announced total reported UK sales in the last quarter were up by 8.2 per cent. One new Warehouse store and two mini-Warehouses were opened in the quarter.