Online media’s accountability has always meant it’s been seen more as a medium for direct response than branding. But the rise of broadband and the mass adoption of social media are changing attitudes and putting online branding back on the agenda.
Figures from the IAB show the speed at which the balance is changing. Search still dominates the UK’s online advertising, with 61% of spend. But branding is becoming more important – this year it will account for an estimated 12% of spend, up from 5% in 2009.

“There’s no doubt that people are starting to realise that online is a branding medium,” says IAB director of marketing Kieron Matthews. “In the early days of online marketing, people were pulled in by the measurability of ROI, and that’s why search grew so fast. But advertisers are recognising two things. They can now repurpose their TV ads for online, which isn’t necessarily the right thing to do, but it is cheap; and they know that people are searching out the content they want, and that creates a huge opportunity.”

Jude Brooks, digital activation manager GB and Ireland at Coca-Cola, agrees. “The exponential growth of online video has not only increased the inventory available for running paid video ads within third-party content, but also means there’s a larger appetite for creating brand-building video content and getting it out to a wider audience,” she says.

Digital marketers agree that there have been dramatic changes over the past two years. The widespread implementation of broadband has transformed most people’s online experience from being based on information to entertainment, with video increasingly becoming the dominant medium. At the same time social media has exploded in popularity. But Matthews sees marketers’ response less as a change of thinking, and more as a re-evaluation of strategy.

“We used to think of brand-building as a linear process, with well-established metrics in place at every stage,” he says. Matthews argues that the advent of online has revealed the inadequacies of the old model and shown how fickle customers are. “It’s revealed brand-building to be more difficult than we imagined,” he says.

What we do now goes beyond the traditional launch that ramps up then tails off. It’s a 365-day approach and online facilitates that

Within this changing landscape, social media is seen as having the most disruptive effect on traditional brand communications. The idea that “markets are conversations” was first floated in The Cluetrain Manifesto back in 1999, but it took the rise of social media to really bring it to most brands’ attention. The result is that, as Sarah Bentley, CRM practice lead at consultants Accenture puts it, we’re moving from asking who owns the customer to who owns the brand, from company-to-consumer communications to consumer-to-consumer.

“Companies can’t control the brand the way they used to, largely due to the evolution of social networks,” Bentley says. “There’s been a phenomenal growth in the power of consumers to drive brand definition.”

Bentley believes the real issue here is the amplifying effect of social media. “Customers have always had a view about how brands should behave, and the values they should espouse,” she says. “There were conversations before, but they weren’t newsworthy. The amplification effect of social media is something we haven’t seen before, and it’s causing companies to wobble or even reconsider their decisions, as in the case of Gap or M&S with its bras. And it’s happening more often.”

Unsurprisingly, many marketers think the notion that they have lost control of their brands has been overcooked. At Smith Hotels, the company behind boutique hotel recommendation service Mr And Mrs Smith, co-founder and CTO Tamara Heber-Percy argues that control of the brand resides in managing how it speaks to customers, its level of service and the way it presents itself.
“How we speak to people in all channels is under our control,” she says. “It’s a question of having very strong leadership and a very strong sense of identity. We make sure everyone in the company understands how to speak Smith.”

Accenture’s Bentley sees this insistence on corporate culture as crucial to branding in the future. “Lots of organisations have been focused on the brand promise rather than the outcomes,” she explains. “The job of marketing is to create branded customer experiences which interact and are then brought to life in all the different channels. Operational issues present the main challenge; when you move into social media, the questions are whether you have the right insight and the right tone. We need to engage with social media in a very deep and authentic manner. Everyone has to embody the brand.”

For this reason, Bentley says, companies are trying to not only become involved in conversations with their customers, but also with their employees’ social interactions outside of work. 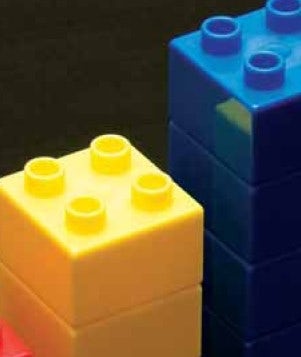 Mark Killingley is head of marketing at NFL UK, which promotes American football’s National Football League in this country. He also disputes that control has moved completely from brands to customers. Instead he acknowledges the benefits of greater communication between the brand and its audience.

“We control the presentation of the sport, but social media gives us a great route to see how our fans think we should behave,” he says. “We have a traditional broadcast platform, but the nature of the programming on it is shaped by feedback via social channels, whether that’s our choice of presenters, or of the games we carry.”

Another aspect of online brand-building that social media has brought to the fore is the importance of content. One of the biggest changes seen by Matt Birkby, digital marketing lead for EA in the UK, is how his marketing has become about producing content that is of use to the gaming audience.

“What we do now goes beyond the traditional launch that ramps up then tails off. It’s more of a 365-day approach and online facilitates that. Previously we would have put together a launch website that wouldn’t have been updated; now we have content and community teams and we’re creating content that will still have value in six months’ time.”

According to Birkby, what’s essential is that this content can be shared, something that EA’s latest FIFA football game allows through a game-to-web feature. He says/ “The ability to share what you do in the game has become central to gamers. The community were doing it themselves and we saw the value of it.”

But while social media grabs the headlines, it’s not the only thing that’s changing the way marketers think about building brands online. Another key aspect is the importance of integrating branding campaigns across media.

“Our best campaigns have been integrated, with digital at the heart,” says Birkby. “You can run a traditional TV campaign with outdoor but if you don’t have digital, it doesn’t quite work. Likewise just using online doesn’t deliver the required reach.

“In the future, we won’t think of online and display as different channels. We won’t even think about campaigns as being integrated, it’ll just be how campaigns happen. We need to stop thinking about on and offline separately.”

This view is shared by Coca-Cola’s Brooks. “You integrate brand messages across online channels by planning in a joined up way from the beginning, and ensuring you use a consistent core creative idea,” she says.

But while brands recognise the need for greater integration, the IAB’s Matthews is unconvinced that things have evolved much in the area from the days when integration meant making sure the on- and offline work used the same colours.

“I don’t think the integration of branding has developed very much,” he says. “Not enough time is being given to analysis of the audience’s consumption of media; how they consume it and the time they spend doing so. There’s lots of scope for improvement, but the industry is not set up to deliver it.”

Matthews believes there’s a lack of strategic direction among brands, that while they have campaign strategies, they don’t have communications strategies. And he puts the blame for this at the door of brand marketers.

“I was always taught that the clients knew the most about their brands and that agencies’ responsibility was to bring those brands to life at the right time. I think there’s a genuine opportunity for marketers to take back control of their brands and be the conductor again, rather than just one of the musicians.”

At Accenture, Bentley believes such a change will go hand-in-hand with a change in corporate structures. She says: “There might not need to be a wholesale re-orientation of the company, but a lot of companies are organised by channel, not by customer. There’s a move away from traditional marcoms to how you deliver on a branded experience.

“These are not necessarily new concepts for people in front-office roles, but they’re starting to become a board-level issue. People are starting to talk about this as an opportunity for growth.”