Try telling the story of Star Wars without mentioning any of the characters.

It’s possible. But would you buy tickets to a movie about a gigantic spaceship that blows up a planet and is eventually destroyed by a smaller spaceship? Sounds like a flop to us…

There’s no question Star Wars has revolutionary products – the lightsaber is the undisputed market leader in energy swords – but it’s not the products that make Star Wars famous.

You simply can’t tell a great story without a great character.

B2C marketers already understand this. Characters have built countless B2C brands. The Geico Gecko. Orlov the Meerkat. Red and Yellow, the M&Ms. The Most Interesting Man In The World. The Michelin Man. Mr Clean. The Energizer Bunny. Tony the Tiger. The Aflac Duck.

So where are all the B2B characters?

There aren’t many, but there is one.

Close your eyes, B2B marketers, and let us tell you a bedtime story about a racoon-child who roams the streets of San Francisco connecting companies with their customers.

Meet Astro, the Orlov the Meerkat of B2B

A few years ago, the marketers at Salesforce had a simple but profound realisation: most professionals had heard of Salesforce, but very few knew what Salesforce actually sold.

Salesforce needed to tell a better story to the market. But how?

Betting big on Astro was a stroke of genius by Colin Fleming, a former race car driver turned senior vice-president of brand at Salesforce. Since Colin and his team doubled down on Astro, Salesforce’s brand metrics have nearly doubled. And, more importantly, so have its financial metrics.

Astro is not Salesforce’s first character. That would be SaaSy, who challenged the idea of packaged software and introduced ‘the cloud’. But as Salesforce moved into the enterprise, it lost that quirky, contrarian spirit. It became boring, like most B2B brands.

Astro made Salesforce interesting again, and revitalised the brand.

Is it time for a brand character renaissance?

Astro is a “distinctive brand asset”, to borrow a phrase from marketing super-genius, Professor Jenni Romaniuk. Anything that signals the brand name can become a distinctive brand asset, assuming it’s sufficiently unique and famous. In B2B, it could be a colour (Oracle’s redness), a sound (Intel’s five notes) or a celebrity (Amazon’s Jeff Bezos).

Uniqueness matters because when you see Astro on a Salesforce ad, you are more likely to remember that the ad came from Salesforce, and not from a competitor, like Microsoft Dynamics. And that’s important. According to the B2B Institute’s analysis of over 400 B2B ads, 57% of buyers cannot correctly identify the brand that’s being advertised. That means incorrectly attributed ads are potentially the single biggest source of waste in marketing.

Majority of B2B advertising is ‘ineffective’

Astro helps avoid misattribution by wearing a Salesforce T-shirt, a creative example of co-presentation, and by appearing on everything from brand ads to earning’s reports.

Astro is essentially a logo, but with one critical difference…

Domenique Sillett Buxton, the executive creative director at Salesforce, originally created Astro because she needed something to put on a T-Shirt at a Salesforce event. But Astro quickly took on a life of its own. “The community loved Astro,” Domenique told us. “And Marc [Benioff, Salesforce’s CEO] and Parker [Harris, its cofounder] saw how much our customers loved Astro and embraced it.”

Domenique describes Astro as a “big hug” from Salesforce to its community. Astro can “be anything or do anything”, which is the emotional message Salesforce wants to convey to its customers. And emotions are much more memorable than rational product information.

Buyers don’t feel for products, but buyers do feel for characters.

Brand characters don’t have to be cartoons like Astro.

Given Astro’s success, you might assume all B2B marketers would want to copy Salesforce.

But to our continued amazement, nobody wants to copy Astro.

We’ve introduced Astro to hundreds of B2B marketers over the years and we always get the same reaction: “I could never do that”. B2B is serious business and characters aren’t serious enough – or so we’re told.

That’s why fewer than 1% of B2B ads feature characters (versus roughly 5% in B2C ads), according to forthcoming research from LinkedIn’s B2B Institute and System1. But that’s ridiculously low, given how effective characters appear to be in every B2C category.

Just imagine how effective characters could be in B2B, where there is no competition.

To answer our own question with our new tagline: $uper Fucking Effective ($FE).

And even if a competitor wanted to copy Astro, it wouldn’t be easy. Astro is a legally defensible trademark, protected by an army of lawyers. Beyond the legal hurdles, competitors would also have to spend billions of advertising dollars to replicate Astro’s fame.

That requires courage. And in B2B, courage can be in short supply.

Characters win the mind and win the market

Salesforce CEO Benioff once wrote that “a brand is a company’s most important asset. A company can’t own its facts…what a company can own is a personality”.

You can commoditise a product, but you can’t commoditise a character. To borrow a Warren Buffet-ism, characters are a “moat” in the mind that leads to a moat in the market.

We have heard every possible excuse for not investing in a character. But while you’re busy making excuses, Salesforce is busy making money. We love you, Astro.

Peter Weinberg and Jon Lombardo are the heads of research and development at the B2B Institute, a think tank at LinkedIn that studies the laws of growth in B2B. You can follow Peter and Jon on LinkedIn. 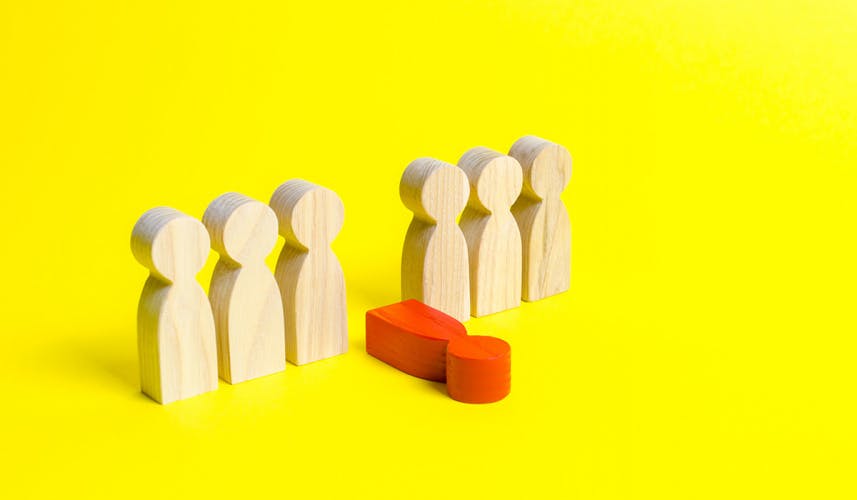 New research from the LinkedIn B2B Institute and System1 reveals 75% of B2B brands are failing to produce advertising with the potential to drive long-term growth.