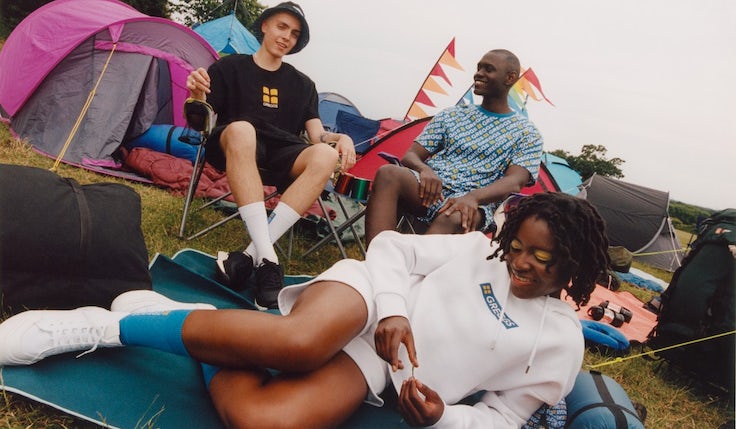 Whether its a great musical collaboration or a tasty wine pairing; two great things coming together can sometimes result in magic.

While in the fashion industry brands have been grabbing attention through collaborations for years, recent times have seen some more unexpected tie-ups.

“Brands more than ever now are trying to prove their difference to prove why you should choose them over someone else,” says Kantar brand strategy consultant Tom Lees.

It might seem counter-intuitive for brands to partner up to stand out, but distinctive collaborations can generate buzz for those involved. Recent examples include Primark launching an apparel range with bakery chain Greggs and sportswear brand Adidas collaborating with fashion brand Gucci.

For luxury brands like Gucci, collaborations with Adidas and outdoor brand The North Face has enabled the fashion house to introduce itself to people outside its existing audience, says Lees.

“While Gucci is a specialist in luxury, North Face is a specialist in adventure and if you can tap into both of those, then you’re using your specialism and your expertise to then reach a new audience in an interesting and dynamic way,” he says.

Gucci launched a first iteration of its collaboration with The North Face in January 2021, before releasing the second in January 2022. The Adidas x Gucci collection landed in June 2022.

The starting point is always our values.

“While these collaborations may seem like a short-term execution the long-term brand-building is really important for a brand like Gucci,” Lees adds, pointing to data from Kantar’s 2022 BrandZ report which shows Gucci’s brand value grew 12% year-on-year.

Another brand using a collaboration to reach new audiences is KFC. The fast-food chain partnered with youth-focused fashion-brand Hype on a capsule of apparel and accessories. For KFC, the collaboration was aimed at tapping into a younger demographic and creating a range people could wear at festivals.

The Hype x KFC bucket hat sold out within 10 minutes and the pop-up shop to celebrate the launch saw queues of fans waiting around Carnaby Street to get their hands on the collaboration.

Generating conversation and being a brand that plays a role in culture are the central aims of this partnership for KFC, says Public Relations Manager at the business Georgia Wilkins.

“For us, it was about trying something different, being bold and disruptive. Collaborating with a lifestyle brand such as Hype allowed us to cut through and drive fame by embedding our brand at the heart of culture” she says.

A match made in heaven?

Last month, Ben & Jerry’s and chocolate brand Tony’s Chocolonely announced they were entering into “a chocolate love-a-fair” and had “fallen bar over spoons for each other”. The collaboration spans two limited-edition bars and ice-cream tubs.

However, for Ben & Jerry’s the object of the partnership is not driving sales or buzz, but impact. The partnership focuses on the cocoa supply chain and sees the ice cream brand join Tony’s Chocolonely’s mission to make chocolate 100% slave free.

“We looked at the chocolate industry and saw that it can be a very inequitable place for cocoa farmers,” says Kerry Thorpe, Ben & Jerry’s head of communications.

“The starting point is always our values,” she adds, saying that discussions around how the partnership would come to life in terms of marketing and communications came about after the two brands decided they were a good fit in terms of purpose.

She explains Tony’s Chocolonely views itself as “an impact company that happens to make chocolate”, a vision which is very similar to how Ben & Jerry’s sees itself. She describes how the two brands “dated” for a time before deciding to embark on the collaboration to ensure they were a right fit for each other.

Two sweet treat brands with ethical focuses like Ben & Jerry’s and Tony’s Chocolonely seem like each other’s type on paper, but other collaborations appear more like opposites attract. What was it, for example, that brought bakery chain Greggs and fashion retailer Primark together to collaborate on sausage roll T-shirts and branded sliders?

“We said, if we wanted to do a partnership then we wanted to throw out the fashion rulebook, we wanted to partner with a brand that would create a lot of conversations, but where people just wouldn’t see it coming,” says Primark’s head of innovation and future trends, Jermaine Lapwood.

“Once we landed on it, it almost seemed blindly obvious.”

Greggs customer director Hannah Squirrell describes the collaboration with Primark as “a match made in high street heaven”, which brings together two “greats” of the UK’s town and city centres.

Greggs claims consumers have been calling for a merchandise range for some time and that it worked closely with Primark to deliver on their expectations. The first drop of the collaboration sold out after it was launched in February.

An advantage of the Primark and Greggs partnership is that the collection is  instantly recognisable, says Lees.

“If you see someone at the airport or on the street with Greggs’ merch you immediately know it’s from Primark,” he says.

The sell out success of the KFC x Hype and Greggs x Primark collaborations shows brands do not necessarily have to be from the same world to partner successfully. However, Lees advises brands should think about the “synergies” between themselves and prospective partners.

For Ben & Jerry’s and Tony’s Chocolonely that synergy is the shared commitment to values, for Primark and Greggs it’s great value and a sense of humour.

Lees advises that before brands embark on partnerships, they must look at their existing and target customers to understand their habits and which other brands “are in their ecosystem”.

He adds that brand partnerships can be also used to “drive legitimacy” for businesses moving into new spaces. He gives the example of Beyond Meat partnering with McDonald’s on its McPlant burger. That collaboration helps lend more credibility to McDonald’s by borrowing Beyond Meat’s expertise, Lees explains.

Ben & Jerry’s describes its approach to everything as combining “joy and justice”, meaning its brand partnerships need to provide one or the other, says Thorpe. The company has previously partnered with Netflix on a “Netflix and Chill’d” flavour, something she says tapped into the “joy” side.

‘More oblique than direct’: How brands benefit from extensions into adjacent categories

The ice cream brand is extremely particular about the brands it partners with, she adds.

“Some potential partnerships you should be fine with saying: ‘Actually, whilst that would drive sales and it might lift our equity score, it doesn’t feel right,’” says Thorpe.

The starting point for Primark in approaching its collaboration with Greggs was also creating joy among its consumers.

“We were challenged by our chief executive Paul Marchant to find exciting and new ways to delight our customers in every store every day,” says Lapwood.

Lees admits there are definitely risks involved, which is where consideration comes in.

“It’s not just going out and picking someone that seems cool, or is a trend at that moment,” says Lees. “It’s about choosing businesses that share your values, match with your brand and what you’re trying to do, but also help you connect with more of your target audience.” 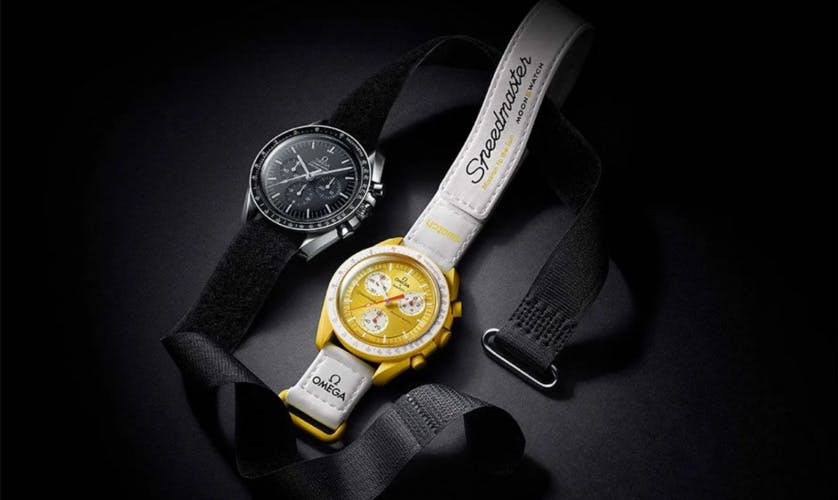 Far from cannibalising Omega’s luxury sales, the collaboration with Swatch on the £200 Moonswatch will breathe new life into both these sister brands.

Greggs says it has emerged from the pandemic as a “stronger and better” business, posting a 34% increase in pre-tax profit compared to 2019.