To accompany the 90-minute group discussions with groups of three friends, we commissioned Fly to interview 377 children aged between six and ten on their relationship with brands. The results, as presented in MaryLou Costa’s cover story on page 12 and further pieces on MarketingWeek.co.uk are startling.

Taken together, the research offers brands a great overview of how to work their way into the hearts of children. Fly found that best mates are the most influential factor in deciding whether something is “cool” with 91% of six to11-year-olds agreeing that the “best mate” test is the most reliable barometer.

Other factors that make for a cool product include “everyone has one at school” so getting your product into the playground is vital (see the contribution from Ed Relf, CMO of Mind Candy, the creator of Moshi Monsters on page 25 for tips). And get this: 83% of children say seeing something on the internet can make it cool.

“Getting a product into the playground is vital, but get this: 83% of children say seeing an item on the internet can make it cool”

Technology has become a real issue of concern for children and the big technology brands are now firmly part of kiddie culture. Only last weekend, my four-year-old nephew was heard explaining to his father that he would be taking his Nintendo DS, rather than his scooter, to the park because he felt the need to “relax”. Indeed, the penetration of DS, Wii and PS3 among kids is huge with nearly all children citing these as favourite possessions. Not only that but children are expert in the technology behind iPhones and BlackBerrys and aspire to own one.

It’s also interesting to note that Google, probably the brand many adults feel has most revolutionised our lives, is not seen by children as particularly dynamic. In fact it is seen as quite functional and one-dimensional, in that it doesn’t “make” anything, and reminds them of school.

In a post-recession world still characterised by a need for thrift, many parents welcome their children’s love of technology and the “stay-at-home culture” it promotes. In fact, brands such as Apple, Wii, Sony and Nintendo that are age agnostic (“Dad wants it as much as children”) are seen as having a positive influence as families adopt brands that help them spend time together again. 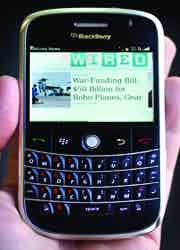 Blackberry is planning to run a series of global campaigns developed by new agency The Next Door. 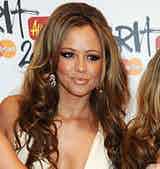 Girls Aloud star Kimberley Walsh has signed a deal with Schwarzkopf to be the face (and hair) of its range of ’Supersoft’ shampoos and conditioners.