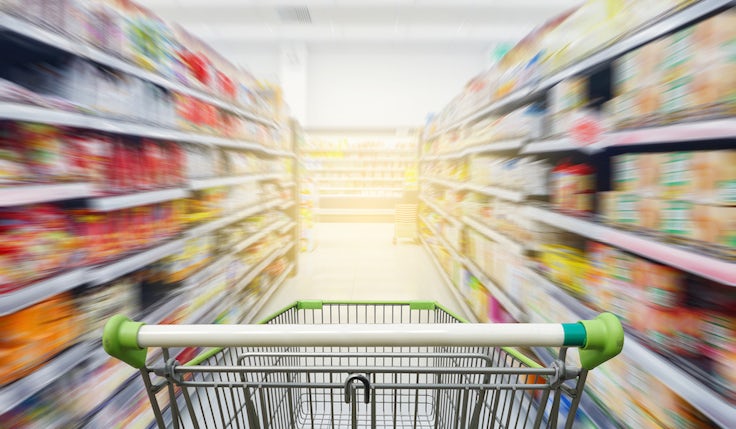 If you ask CEO Ken Murphy, 2020 was a strong year for Tesco. Not only did the retailer record growth in like-for-like sales over the financial year, he says it also boosted its brand across all health metrics.

“Clearly for us trust is hugely important, and we’ve seen a very strong move forward in reputation over the last year,” he claimed.

“We’ve actually seen quality and impression move forward very strongly as well. And customer satisfaction was the best of all our brand health scores over the last year, moving forward by nearly 500 basis points. Recommend to shop has moved forward by over 300 basis points.

“So as you can see, we are committed to improving our brand perceptions across every measure, not just value,” he confirmed.

According to YouGov’s BrandIndex, Murphy’s claims check out. And while the retailer is far from unique in its experience, with every major supermarket recording stronger brand health scores compared to last year, Tesco’s scores have moved forward the most.

As the biggest UK supermarket, Tesco’s main rivals include Aldi, Asda, M&S, Sainsbury’s, Lidl, Waitrose, Morrisons, Co-op and Iceland. Comparing average health scores over the year to March 2021 against scores from the previous year, Tesco has increased its net index score the most, up 4.2 points to a score of 29.5.

The boost sees Tesco rise from sixth to fourth place in the supermarket rankings. The index score is a measure of overall brand health, calculated by taking the average of impression, quality, value, satisfaction, likelihood to recommend and reputation.

However, as the only retailers consistently allowed to stay open during the pandemic, all supermarkets have seen their index scores increase since the year prior to Covid. Over the past 12 months supermarkets have had to rise to the responsibility of keeping consumers safe, healthy and fed, meeting increased online demands and ensuring a Covid-friendly in-store experience.

Morrisons saw the next biggest jump in its score after Tesco, up 3.1 to 27.9 – a strong starting point for new CMO Rachel Eyre.

For Tesco, value perception has been a particular focal point over the past 12 months and within its strategy for the next year. Over the next year, the supermarket will be “doubling down” on its commitment to value, Murphy pledged.

The brand recorded its highest value perception in a decade after launching its ‘Aldi Price Match’ campaign in March 2020 and extending it to over 500 lines. According to BrandIndex, Tesco’s value perception rose from an average score of 20.3 during its 2019/20 financial year, to 25.1 for 2020/21.

But unsurprisingly, the German discounters continue to top the rankings for value perception. Aldi ranks highest in spite of Tesco’s price match scheme, with a score of 53.2, although the supermarket only managed to move its score forward by less than half a point. Lidl follows with a score increase of 1.3 to 48.9.

Tesco comes in fourth, following Asda’s score of 27.7. Asda prioritised price in its marketing last year, bringing back the ‘pocket tap’ to promote £100m in price cuts and further highlighting its price positioning in its Christmas campaign, ‘That’s an Asda Price Christmas’.

Morrisons has dropped from fourth to fifth in the value rankings, despite increasing its score by 3.8 to 24.6, followed by Iceland at 21.7 and Sainsbury’s at 13.3, both having moved their scores upwards by 3.2.

In July, Sainsbury’s CEO Simon Roberts claimed the supermarket was successfully winning over shoppers from the discounters as it too focused on value amid constraints to consumer spending.  He reiterated the retailer’s value-focused strategy again later in the year, and in February Sainsbury’s swapped its ‘Live Well for Less’ slogan to ‘Helping Everyone Eat Better’ to reflect its shift in focus.

M&S and Waitrose rank the lowest on value, with scores of 0.4 and -7.8. However, M&S has increased its score by 3.5, a positive reflection on its ‘Remarksable’ food range launched in August.

Tesco now ranks inside the top three supermarkets for customer satisfaction – a position that can only be earned.

Bucking the trend, Tesco has balanced its perceptions in both value and quality. The supermarket ranks fourth after growing its quality score by 3.5 points to 30.3, which was again the largest increase among the group.

“Tesco says its strategy is focused on boosting value and quality credentials, two metrics which have improved significantly since the coronavirus crisis began,” says Amelia Brophy, head of account management UK at YouGov.

“As a result, Tesco now ranks inside the top three supermarkets for customer satisfaction – a position that can only be earned.”

Indeed, Tesco’s customer satisfaction score is up 3.5 points to 40.3 and, as asserted by CEO Murphy, it’s Tesco’s highest scoring metric across all brand health measures.

Marketing proves its worth

Brophy also points out the role Tesco’s marketing and advertising efforts have played in strengthening the brand throughout the pandemic, with ad awareness and impression also on the rise.

“Tesco scored higher than any other supermarket for ad awareness among British consumers, while also topping YouGov’s rankings of the best and most effective adverts of 2020 and Christmas with pitch perfect messaging,” she says.

“The new iterations of ‘Food Love Stories’ were a hit with consumers in terms of boosting awareness of the brand. In turn, public impression also improved leading Tesco to improve its ranking among other supermarkets by three places.”

On top of the new Food Love Stories creative, Tesco pushed its Clubcard proposition through the ‘The Power to Lower Prices’ campaign, before encouraging consumers to enjoy themselves at the end of a tough year with its ‘No Naughty List’ Christmas campaign. Murphy has said marketing will continue to be “mission critical” in Tesco’s strategy for the year ahead.

With these campaigns Tesco moved its ad awareness score forward by 6.1 points, claiming the highest score among the supermarkets at 35.3.  Aldi ranked second (up 3 points to 30.2) after bringing back Kevin the Carrot for its Christmas campaign.

We are committed to improving our brand perceptions across every measure, not just value.

Meanwhile, Sainsburys increased its score by 4.2 to 26.7, moving up to third in the rankings, following its Christmas ads ‘Big Sarnie’, ‘Perfect Portions’ and ‘Gravy Song’. The latter iteration provoked boycott threats from some, who deemed the representation of black families “virtue signalling”. Sainsbury’s also launched a TV campaign in May to thank colleagues for their work over the initial Covid lockdown.

Leaving on a high

With these scores, Tesco’s group brand director, Michelle McEttrick, can certainly leave on a high. McEttrick is set to leave the supermarket at the end of May, after playing a “key role” in the brand’s turnaround.

She joined Tesco in 2015, brought in under then boss Dave Lewis to shake up its marketing department and address the fact the supermarket was losing sales and share to the discounters.

The week McEttrick’s appointment was announced Tesco posted a historic £6.38bn pre-tax loss, the worst in its 96-year history and the biggest loss ever recorded on the UK high street, following the 2014 accounting scandal.

Tesco’s brand director to step down after completing brand turnaround

McEttrick was tasked with revamping the Tesco brand and “rebuilding it from the inside out”. She says she is departing as the turnaround is now complete.