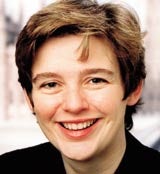 Some of the UK’s top brand owners – including Cadbury’s – have rebuffed appeals from Prime Minister Tony Blair to back his flagship education policy and take advantage of new rules that would allow them to run schools.

Under the Education and Inspections Bill, which gets its second reading in the House of Commons this week, businesses would be able to set up independent trusts to run schools that opt out of local authority control.

But Cadbury Schweppes, music giant EMI, electronics group Toshiba and energy supplier EDF have all rejected pleas by the Government to consider setting up school trusts.

Education secretary Ruth Kelly held a confidential meeting with businesses last week to persuade them to get involved with independent trusts. While Microsoft, KPMG, Serco and BT broadly back the plan, others who met Kelly say they lack the expertise to run schools.

Cadbury says: “We go along to meetings when we are invited and listen to what Ministers have to say. We are willing to talk to Ministers but we have no intention of running a school.”

EMI and Toshiba have also ruled out getting involved with the trusts, and EDF says: “As a socially responsible company, it’s important to be well informed about the ongoing developments in education. However, EDF Energy has no plans to get involved in the running of schools. EDF is firmly focused on its core business of generating, distributing and supplying energy.”

One source claims Government insiders leaked news of the secret meeting with Kelly to the press. Newspaper stories appeared suggesting Cadbury wanted to run schools so it could sell chocolate to pupils.

The charity Business in the Community (BITC) last week warned companies that setting up school trusts could damage their corporate reputations “if things go wrong”. BITC believes the Government has failed to explain how businesses would benefit from setting up trusts.