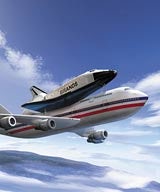 Tea and biscuits, cider and beer, fast food, ice cream and even mobile phones have been labelled “mature” markets – where once fast and furious sales growth has levelled out or even gone into decline. Mature markets experience sales growth of about two per cent a year, and there is an eternal search for ways to increase it.

But there are precious few new or promising areas that provide opportunities for rapid growth. While life expectancy among the general population is increasing, the same cannot be said for the lifespan of brands.

Technological revolutions and the push towards globalisation mean that the life-cycles of brands are getting shorter. Marketers, brand owners and investors alike are wondering where long-term future growth can come from.

It took the car industry almost a century to reach the level of saturation it faces today. Yet most people who wanted a mobile phone got one within ten years of the market taking off. The boom and bust of the dot-com market saw brands appear then disappear after a matter of only months. Catalyst director and consultant Nick Cloke agrees that brand launches are achieving penetration more quickly. He says: “Communication is much more powerful these days, you can reach people much more quickly than you could ten to 20 years ago. You can be in everybody’s face straight away.”

Sales of successful brands soar immediately after they launch, but often flatten out, as they attract all the potential customers they can and face competition from copycats. At this stage, brands are forced into taking a range of measures, such as price cuts, introducing sales promotions and special offers, and diverging into sub-branded products and off-shoots to keep interest and sales momentum up.

Marketing is constantly battling against the lethargy of “been there done that” consumers, who have seen it all. The task at hand is to fight against this wasting away of markets and to inject excitement into musty, decaying sectors. Lucozade and Ribena are classic examples of taking passé brands, slapping on new labels and re-targeting them at the youth market.

For some marketers, youth and children are the new Holy Grail, seen as a great untapped source of sales. However, even the young are becoming cynical and world-weary about brands.

Marketers are obliged to constantly reinvent markets and combat consumer tedium. Williams de Broe consumer products analyst David Hallam says: “It has become more like a fashion industry, where you have to come up with new ideas to keep the products attractive and add a bit more value along the way.” He says it is a process of trying to persuade people “to do things they are not doing, but ought to be.”

While food markets stumble along with two per cent growth, the big potential for packaged goods is in the relatively untapped personal care products market. But areas of growth can still be found in the food market. Hallam identifies chilled prepared food as a category that outstrips other areas. In 2001, he claims, value sales in this area increased by 8.9 per cent.

Innovations, such as the long-researched Flora Pro-activ and olive oil-based spreads, are keeping this area buoyant. Hallam sees Unilever and Reckitt Benckiser as two companies that have been successful in taking new angles on established markets.

Marketers are encouraged to escape the negative mindset about mature markets. The Value Engineers chairman Paul Walton says: “There is no such thing as a mature market, only mature marketers.”

He believes that a prime job for marketers is to reinvigorate brands that are moving beyond their initial growth phase and are facing inertia in the market. He cites New Covent Garden Soups for adding value to a sector that was moribund by livening up one of the most mature consumer markets.

Marketers can reverse the decline of brands and markets through what Walton calls “discontinuous innovation” – a development that fundamentally alters the state and perceptions of a sector. HÃÂ¤agen-Dazs heralded the rebirth of ice cream as a premium product and paved the way for brands such as Ben &amp; Jerry’s to cash in on this enlivening of a once very stagnated market. In addition, he says, the Renault Clio did a good job at turning around the small car.

In a sector where loose tea ruled, tea bags revolutionised the way the drink was perceived – ending the ritual of pouring tea from a pot and reinventing it as a fast turnover convenience drink. Round tea bags brought further innovation to this market. Cider, which was considered a dead letter in the Eighties, was re-invigorated by Diamond White – a high strength white cider.

Walton says: “You have to take a long-term view. Cider was a mature market and so was tea, but these examples produced significant growth in these markets.”

The other area of opportunity for mature brands and products is in emerging markets. The news last week that fried chicken chain KFC was reviewing its UK ad agency in anticipation of opening a few hundred new restaurants across the country (MW last week), shows how important developing new markets has become for the company. While worldwide sales from KFC restaurants are slowing – achieving four per cent value growth a year – and US operations are reaching saturation, the chain’s parent Yum! Brands, which also owns Taco Bell, has identified a handful of growth markets, among which the UK features prominently. A move to eating out more, the lack of alternative restaurants and an unusual willingness to eat fast food – unlike some European countries – has made the UK a key market for US-owned fast food chains, which face stagnation at home.

KFC general manager for the UK, Justin Ash, says: “KFC has doubled its sales in the past five years and is increasing sales at double target rates every year. KFC still has a huge opportunity for growth.”

The chain was relaunched in the mid-Nineties with new advertising, revamped restaurants and improved food quality. Ash says: “KFC has the advantage that it is unique in its sector for having the majority of its products freshly prepared by cooks in its restaurants. Consumers give KFC credit for the fact none of its chicken is reconstituted.” He sees potential for more than 1,000 outlets in the UK, and the new advertising agency will be instrumental in keeping sales momentum high.

The fast food sector has been growing rapidly over the past half century, particularly between 1970 and the mid-Nineties. But this has levelled off as restaurant openings reached saturation and consumers began to tire of industrially prepared food. Yet the KFC example shows that there is still a profit to be squeezed out of fast food. China and South America are other promising markets, although they are unstable and it is hard to predict their economic futures.

Last week, Dell – the direct sales computer manufacturer – announced it was launching a range of own-brand printers, rather than re-selling models from the likes of Epson (MW last week). Dell marketing director Michael Eades admits that “it’s not a radical departure”, but concedes that it is a typical strategy for brands in maturing markets to expand their offering and move into new areas.

However, the company admits that last year “demand for computer systems and services declined for the first time in many years amid global economic weakness”. In fact, sales fell by 2.3 per cent to $31.17bn (£19.87bn) in the 2002 fiscal year. However, it is not just the economic downturn that has hit sales, but inevitable saturation.

The more technologically advanced the product, the shorter its period of rapid growth, and the longer its era of flat sales and eventual stagnation. There is little growth in sales of televisions, though innovation during the Eighties kept the market buoyant. There is a replacement cycle, rather than growth in penetration, so people generally buy the latest wide-screen TVs when they are looking for a new set. The experience of the computer market over the past year is a convincing example of how quickly markets rise and fall these days.

Catalyst’s Cloke claims mature markets really exist only in the minds of marketers. They are an excuse for failure among those marketers who don’t manage to make a product launch successful. Those who do succeed often claim that they did so in a market that was past its sell-by date, which makes their achievement appear even greater.

Marketers should not take all this maturity to heart. Western consumerism has passed the era of its highest growth, which was reached in the Fifties and Sixties, but this makes the process of finding successful products all the more fun. Now comes the interesting part – bucking trends, reversing established norms and squeezing growth out of the most unlikely places.

It’s been a bumpy ride for Web advertisers, but the market is stabilising and few companies have ruled out the medium completely, writes Victoria Furness

Carol Stockhill, Marks & Spencer (M&S) head of Christmas, has extended her duties by taking on responsibility for planning and co-ordinating marketing activities.

Health groups are fuming over attempts to get so-called “safer cigarettes” exempted from the proposed ban on cigarette advertising, going through Parliament at the moment. Tobacco companies are lobbying the Government to allow advertising for cigarettes that deliver lower levels of toxins on the grounds that they have to be able to advertise such products […]