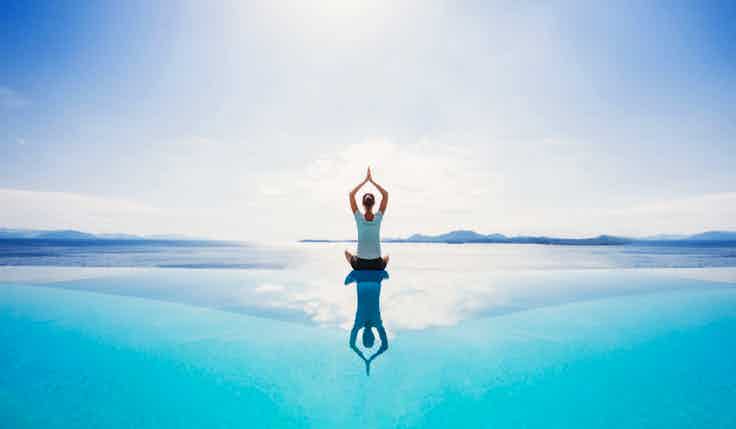 Ferruccio Lamborghini built tractors. They were small, but they were powerful and efficient, so he sold a lot of them and became a wealthy man.

Wealthy enough to own a collection of the finest sports cars of the era.

Including a number of Ferraris.

According to motoring folklore, he loved the styling of the Prancing Stallion’s motors, but that was about all he liked about them. His real gripe, alongside comfort issues, was that the Ferrari clutches were unreliable, meaning his cars were on a constant conveyor belt back to Maranello to be repaired.

Supposedly, he met one day with Enzo Ferrari to discuss his car’s frailties, but was given short shrift.

Lamborghini was miffed and, as an entrepreneur and industrialist with, one imagines, an appropriately robust ego, didn’t take the sleight lying down. He re-engineered his own Ferrari, then, taking expertise and parts from his own tractor factories, built a rival sports touring brand – Automobili Lamborghini.

History is littered with examples of businesses that have successfully pivoted away from their original purpose. In 1837, Tiffany, Young & Ellis sold stationery and only made jewellery its primary focus in 1853, when it changed its name and become famous as Tiffany & Co.

Mazda manufactured cork; Yamaha made pianos (it still does, as well as many, many other things); Nintendo started out making playing cards; and Samsung, the worlds largest smartphone manufacturer, originally exported dried fish. American Express was a postal service and Wrigley sold soap, giving away chewing gum as a sales promotion device. Arguably the campaign got a little out of hand.

Some businesses evolved out of circumstance. Take Nascar racing, which came about at the end of prohibition. Rumrunners had souped up their cars to outrun the police, but the legalisation of booze made their motors redundant, until they realised they could be raced for entertainment.

Back in 2011, I worked for an American gaming group called WMS, which had a 10-year innovation cycle embedded in its DNA. Every decade or so, the entire business would pivot into an arena in which its manufacturing capabilities could be deployed for maximum revenue. Historically, this meant it switched from juke boxes in the 1960s to pinball machines in the ’80s and then video slots in the ’90s. It didn’t try to define what the public wanted to buy – it looked at the weather forecast and dressed accordingly.

Covid (and its associated lockdowns) was a prime example of a circumstance that birthed invention and led to a cyclone of business pivots. For lack of passengers, most commercial airlines started carrying freight. Shops doubled up as ‘dark kitchens’, fuelling the food delivery boom. Gym chains offered online workout subscriptions and car manufacturers doubled down in the race to build, safety proof and launch self-driving cars.

None of these manoeuvres would have happened at such speed without the necessity of circumstance.

Be proactive and own the change, rather than reactive, in which case you’ll always be playing catch up.

Recognising the value of such wholesale innovation, technology companies have embedded the ability to pivot into their operating manuals. Rather than being pushed into change and responding under pressure, they’re pivoting on their own terms, much like WMS did back in the ’60s.

OnlyFans is a prime example.

Launched in 2016 as a platform for celebrities and creators to engage with fans on a more personal level (and retain more control over both their content and fees as a result), OnlyFans skyrocketed to more than 50 million registered users and 2 million content creators and, since its inception, it has paid out over $8bn. The business became (in)famous and hugely profitable as an adult content portal, in which subscribers could pay to see their favourite reality TV stars and influencers posing in a bikini… or nothing at all.

Today, with a new female leadership team in place, the brand has diversified and, while it stopped short of culling all explicit content (as it threatened to do in 2021), it has certainly adjusted its brand and product positioning to offer more educational, entertainment, food, fitness and sporting content, taking it away from its origin story as a high-tech peep show.

On being asked about the evolved brand and product positioning of the platform, a spokesperson for OnlyFans said this week: “There is a misconception that the majority of the content on OnlyFans is adult content. Any creator from any genre who is 18+ and abides by our terms of service can join OnlyFans to monetise their content and connect directly with their fanbase.”

The spokesperson continued: “We have a number of projects in the works, including behind-the-scenes content with sports professionals, reality TV shows, comedy, fashion and much more… OnlyFans remains proud to be the only social platform that is inclusive of all creator genres, including adult content.”

There are many reasons to pivot a brand or an entire business. Pushing back against difficult trading conditions, a response to new competition, market forces, a global pandemic or just moving with the times. The key is to do it on your terms – be proactive and own the change, rather than reactive, in which case you’ll always be playing catch up.

In the story of Ferruccio Lamborghini, revenge for being besmirched was enough of a motivation to pivot from small tractors to sports tourers. Whether petty or just keen to right a wrong, he took his know-how and raw materials to create a better sports car than Ferrari, building an entire bespoke factory for that sole purpose.

Nobody said the motivation for a seismic business change couldn’t be vindictive, too.

Harry Lang is a CMO and integrated marketing consultant, and author of ‘Brands, Bandwagons & Bullshit’, a guidebook for those starting their career in marketing, advertising, media and PR. You can contact him at @MrHarryLang or connect with him on LinkedIn.