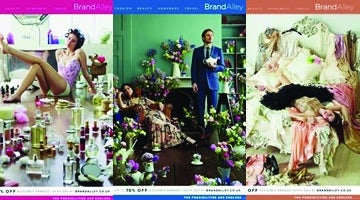 It will also use social media to advertise special offers as it diversifies into travel and lifestyle brands.

Rob Feldman, chief executive of the UK site, told Marketing Week that he hopes to launch the catalogue of products in a number of areas, including homewares and beauty. Currently, BrandAlley discounts of up to 70% are only available for four days, meaning that customers can easily miss bargains.

“Our customers are telling us that there are certain things they always want to buy, for example, denim, candles and lingerie,” said Feldman. “It will be a fairly comprehensive catalogue, but just for certain areas.”

The site also plans to increase the number of “lifestyle” offers, such as Spa days – a move that would take into competition with online companies, such as Groupon, which offer voucher discounts.

Despite rapid growth in the UK, BrandAlley is still far smaller than ASOS, another online fashion retailer it is often compared to. Feldman said that that the two companies normally compete for different markets because ASOS offers fewer discounts.

BrandAlley recently began its biggest advertising campaign in the UK, featuring print and online ads in publications including The Sunday Times and Grazia.

Like many retailers it plans to make greater use of social media for marketing. Later this month, for example, BrandAlley will offer members of its Facebook page discounts on Lipsy, the women’s fashion brand, a day before the offers are made generally available on its main site.

Earlier on Monday, an economics think tank warned that UK retailers would face tough trading for at least the next 10 years as household budgets are squeezed and people focus on paying down debt.

Despite the gloomy outlook, Feldman said he was confident about BrandAlley’s prospects, predicting that the company could increase UK sales by 100% in 2011.