Power struggles between retailers and their FMCG suppliers are well documented but now these relationships are being taken in a new direction, with both sides collaborating.

Procter & Gamble has created a “Great British Flavours” line of Pringles exclusively for Tesco, which is thought to be the first time an FMCG brand has created a unique range for the supermarket (MarketingWeek.co.uk, 1 June). While P&G will not confirm how far this collaboration will extend, it is already in discussions with other retailers about partnerships.

But the mixture of P&G and Tesco is unusual in that the brand manufacturer has worked with the retailer to provide an exclusive line. P&G snack sales have suffered recently, with global snack figures down 2% in the three months to the end of April, which may have helped persuade the FMCG giant to work with Tesco.

The partnership ought to be a success because of the strength of both brands, says Mike Ashton, managing director of Ashton Brand Consulting, who started his career at P&G. “Pringles is a very strong brand and P&G is a very smart company.”

This is a positive-aggressive move, which is the equivalent to ’new and improved’. It’s probably a very smart way of setting a precedent on relationship development

The bold move is not simply a case of surviving, it’s creating a much closer relationship, he says. “You would question why it would necessarily want to take a premium end brand that is in no danger of being delisted, and develop it.

“This is a positive-aggressive move, which is the equivalent to ‘new and improved’. It’s probably a very smart way of setting a precedent on relationship development,” he says.

This may be a new departure for Tesco and Pringles alike, but the reasoning behind it will come down to age-old issues for both brands. For Tesco, it will be a straightforward move to add value for its customer base and drive footfall.  For Pringles, it’s about creating noise and generating preferential store support to get its product in the hands of the consumer. And with the domination of Tesco in the market, that’s a lot of hands.

It’s unlikely to have an impact on a retailer’s own low-cost value ranges, but this adds an extra way for both retailer and brand to compete at the mid-range price point. Presumably, given Tesco’s strengths in customer data and accountability, it will have thought through potential cannibalisation and decided that the opportunities were worth the risk.

It’s difficult to say whether this will be part of a wider trend for retailer and brand partnerships – although given the increasing domination of the big retailers, brands will always be looking at ways to increase their on-shelf presence and in-store promotion.

What’s interesting in this case is that this is the first in a number of exclusive collaborations between Tesco and Procter & Gamble. P&G has to be mindful of how other big retailers will view this new activity. Given the stature and dominance of P&G’s brands in the sectors in which it operates, delisting is not an option, but it may well see their competitors’ brands given greater in- and out-of-store marketing support.

I’m not convinced that Pringles is enough of a hero brand to make this activity worthwhile for Tesco. Are people really going to swap their shopping habits on the back of it? However, if P&G’s other brands are likely to create exclusive ranges, this does start to sound like an interesting move to watch. 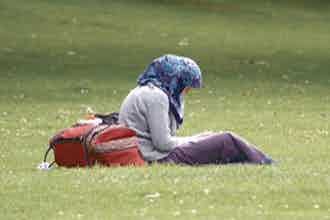 Muslim consumers are a growing, influential and extremely loyal group, making them a desirable market for mainstream brands. But reaching them requires more than launching Sharia-compliant products. Making inroads to this sector takes deep understanding of the values of this community and building the brand from there.