However, despite the significant gap between online content shared through dark social and public social media channels, brands are still neglecting the former.

Rupert Staines, RadiumOne’s EU MD, explains: “Brands in general are too pre-occupied with Facebook and Twitter, which are relatively ineffective compared to dark social’s power in harnessing shared content to reach a wider audience.

“Sharing via dark social also carries more emotional weight as it’s normally done on a one-to-one basis with family or close friends, rather than the ‘blanket’ approach on social networks.”

Brands most impacted by dark social

The research found that brands operating within travel, shopping and food and drink saw 90% of sharing done via dark social due to “their inherent shareability and the emotional investment people have in these areas”.

The brands seeing their online content most commonly shared via dark social were Intel (96%) and Toyota (91%). Amazon and McDonald’s, meanwhile, were the two brands who generated the least dark social interactions. 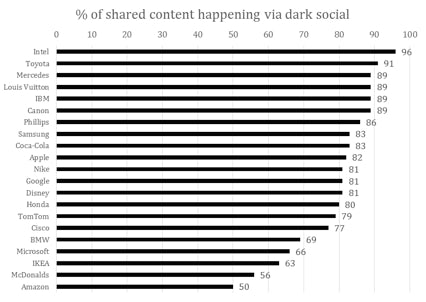 “Due to the specialist nature of the content, automotive and B2B brands often see content – such as features/benefits or computer programming – shared in one-to-one way with trusted confidants rather than a share with many approach,” Staines adds.

He says that if brands are prepared to embrace dark social then the rewards are profitable citing The Jockey Club as an example.

Having analysed its dark social, The Jockey Club identified 3.5m people who had interacted with their content at least five times over the previous 90 days. Subsequently it targeted this audience for The Cheltenham Festival and saw a 12-1 return on investment on ticket sales.

Staines concludes: ““All sectors are missing out on identifying, understanding and targeting people interested in their content – particularly the important “hand raisers” who share content which leads to a valuable additional layer of audience.

“The best way to unlock the potential of dark social is via social sharing tools such as URL link shorteners and sharing widgets that appear around online articles and content. Users who share and receive content via these means can, subsequently, be targeted with relevant messages across the web – whatever sites they may be visiting.”

I have always had a passing interest in history, and more specifically keeping records for future generations.

As Nike and other ecommerce businesses begin to tap social media sites for revenue, one of the questions we face is how best to optimise the experience so that customers and businesses can both get what they want. 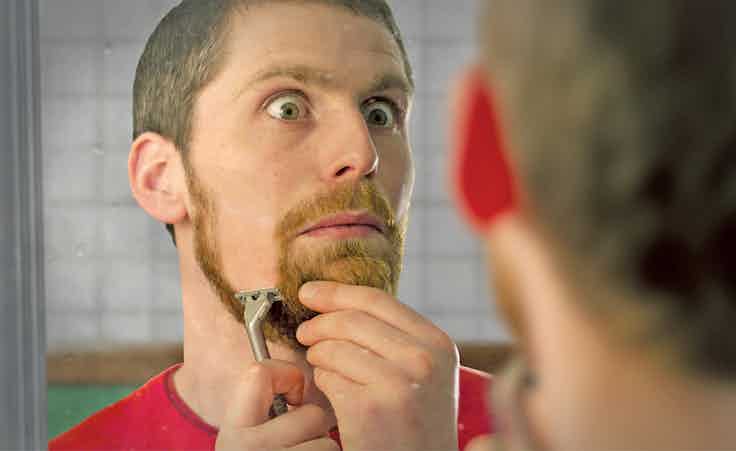