Public health minister Anna Soubry says the latest pledges (see box) will cut the calories and sugar by up to 10% in leading brands including Lucozade and Ribena.

“We are encouraged by the extra businesses which have signed up today but I want to see even more progress. All in the food industry have a part to play and I now expect companies which are not yet taking action to come forward and make pledges.”

The pledges were welcomed by the British Soft Drinks Association (BSDA), which highlighted the steps taken by the industry already to help consumers cut their daily calorie intake.

Gavin Partington, director general of the BSDA, adds: “Our industry has been taking steps to reduce the calorie content of our drinks for many years now, and currently more than 60% of all soft drinks contain no added sugar.”

The move comes just days after the Prime Minister David Cameron revealed how challenging it was stopping his own children drinking too much Coca-Cola. Speaking to the House of Commons last week (17 January), the Prime Minister said the government was putting pressure on the food industry to cut the amount of sugar in food and drinks, claiming that it was one of the biggest public health challenges facing the country.

The calls were highlighted earlier this month in the latest stage of the government’s anti-obesity initiative Change4Life. The advertising uses shock tactics to illustrate the amount of sugar and fat contained in cola and pizza as officials look to lay bare what they describe as the “hidden nasties” contained in some food. 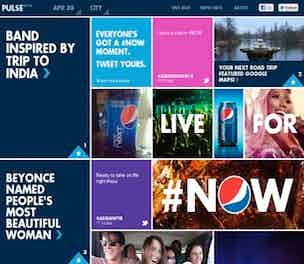 PepsiCo has signalled its intent to ramp up the digital activity for brands such as Pepsi and Doritos with the appointment of its first ever digital director for the UK.

Brands investing in online performance marketing (OPM) are seeing return of £11 for every pound spent, according to the IAB’s debut report on the industry sector as it seeks to cast-off negative perceptions through the trade body.