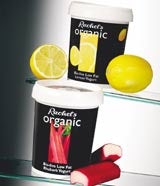 The organic food industry in the UK is facing a critical time as growth slows and larger companies tighten their stranglehold on the market.

Gone are the days when organic food was bought only by hippies in health shops and the range of produce was extremely limited.

Last year, organic food climbed up the political agenda when the Government launched its Organic Action plan, aimed at helping organic farmers financially. Major companies such as Heinz and Baxter’s now make organic products, while supermarkets sell organic own-label goods. However, the eagerness of large players and supermarkets to grab a slice of the organic pie is squeezing smaller operators.

On the retail side, supermarkets have increased their market share, taking 82 per cent of sales for the year to April 2002, according to the Soil Association. Farm shops’ share fell by nine per cent to eight per cent, with foot and mouth a likely contributor.

The number of businesses registered to process organic food rose by 18 per cent to 1,977. The Soil Association suggests there is oversupply and that consolidation is inevitable.

A company that epitomised the development of the sector was the Enjoy Organic Company, owned by RHM Foods. Last week, however, Enjoy announced plans to pull out of the grocery industry from May and focus solely on bakery products (MW last week). The company will no longer operate as a standalone venture and managing director Harriet Rhys Williams will hand over responsibility to British Bakeries brands director Paula Moss. All staff, including marketing manager Ian Hills, are in consultation over their future.

Enjoy Organic launched in 2000. At the time, Rhys Williams proclaimed that the company would bring organic food to the masses and it ambitiously launched about 30 products, including cereal, sauces, frozen ready meals, rice, pasta and noodles. The range was supported by a £4m integrated advertising campaign created by Claydon Heeley Jones Mason.

Rhys Williams, putting a positive spin on the latest turn of events, says: “In all companies there is a limit to investment. At the moment, that investment is spread across seven different product areas and it is not working hard enough.”

She admits that poor sales in the frozen food and cereal markets forced Enjoy Organic out of those sectors early, explaining: “Core organic consumers don’t go down the frozen food aisle. We were so zealous that we ended up being over-ambitious.” In cereal, she says, the product failed because it “wasn’t Kellogg’s” in the same way that an entrant into the ketchup market would struggle against Heinz. The taste of the cereal could also have been better, she says.

But Rhys Williams maintains Enjoy’s other products performed well: “The guiding principle was to make the range accessible to ordinary people. That will still be our positioning in the bakery market.”

Simon Wright, founder of Organic Consulting, which advises companies on organic strategies, helped to set up Enjoy with Rhys Williams. He says: “The products researched extremely well and that is all you can do, although I don’t think it necessarily received the requisite level of support from RHM. What did work really well was getting people to taste the product.”

At its launch, Enjoy Organic carried out sampling via a roadshow. Wright says this kind of activity should have been repeated: “There are a lot of small brands that started up during the organic boom – more than the market needs or wants. I see a period of consolidation ahead.” He predicts that small brands will pool resources to achieve economies of scale.

The organic food market is a nut worth trying to crack. According to the Soil Association’s organic food and farming report for 2002, although annual market growth by value slowed from 33 per cent to 15 per cent in the year to April 2002, the sector is still worth £1bn in the UK, and remains the fastest-growing food sector. The Soil Association says there is now a need to increase demand substantially among existing consumers.

A committed core of eight per cent of consumers accounted for 60 per cent of organic sales, according to the association. There is potential to increase the frequency of buying among the 79 per cent of households which made at least one organic purchase during the year.

Observers say that companies that position their products as being of high quality, such as dairy company Yeo Valley Organic and chocolate manufacturer Green &amp; Black’s, could seize the initiative.

Green &amp; Black’s is running its first advertising campaign, created by Fallon. The campaign is partly “educational” but focuses mainly on taste. Likewise, both Yeo Valley and rival Rachel’s Organic Dairy relaunched this year with the emphasis on the quality of their products, as opposed to their “organic-ness”. Rachel’s went as far as to decrease the size of the word “organic” on its packaging.

Yeo Valley marketing director Ben Cull says: “The ‘natural’ look adopted by many organic companies at the start is now too worthy for the mass market. The majority of consumers want additive-free, organic products which look like those they normally buy, but taste better and cleaner.”

Green &amp; Black’s marketing director Mark Palmer agrees: “The big thing we’ve done is to position ourselves as the high-quality chocolate bar. There are consumers who buy food because its organic, but they are a relatively small group.”

But in the rush to mainstream, it is important not to forget the profile of the typical organic consumer. Go Organic sales manager Barry Clare says Enjoy Organic could have handled its positioning better: “Enjoy Organic brought a fresh, fun approach and something different, but at the end of the day its frivolous packaging didn’t seem to work.”

Clare says there is great potential for growth in the organic market. He claims that organic food represents 1.5 per cent of the total food market by value in the UK, but in Germany it makes up 2.5 per cent, in Switzerland three per cent and in Denmark seven per cent.

He says that brands can capitalise on the growth of the organic market as the emphasis moves from the products’ production to their quality: “There was a strong desire by the retailers to bring out extensive ranges, but in the past year we have seen them cut back. There is a real willingness among consumers to look at brands.”

As the organic food market matures, it is clear that marketing will take on more importance. Those companies which fail to appreciate that an “organic” label is not enough to win custom could find themselves forced out by those that see the value of image and branding.