Forget the stereotype of teenage boys sat in their bedrooms hooked to their consoles; gaming is mainstream, mobile and accounts for more than half of the UK’s entire entertainment market.

More lucrative than video and music combined, the games industry in the UK is worth £3.86bn, according to a report released by the Entertainment Retailers Association in January.

Mobile gaming is also gaining ground, with revenues expected to jump 74% to $95.4bn (£76.2bn) globally over the next three years, accounting for 49% of the entire games market.

Why do we [class] gaming as this niche platform, where anti-social people in their basements are playing games, when in fact there are billions of people playing casual games across the world?

As the statistics show, gaming is far from niche. Take Battle Royale-style phenomenon Fortnite, which in March confirmed it has a staggering 250 million players, peaking at 78.3 million active players in August 2018.

Then there’s Candy Crush. The average player spends 37 minutes a day on the hyper-casual mobile game and two-thirds of these gamers are female. To put the scale of the Candy Crush empire into perspective, the game’s owner King makes around $2bn (£1.6bn) a year from in-app purchases alone.

Meanwhile, augmented reality (AR) game Pokémon Go had been downloaded 800 million times in in May 2018 and is on course to hit 1 billion downloads by the end of the year.

Given the overwhelming global growth in players, brands need to get involved now or get left behind says Greg Carroll, commercial director for advertising in EMEA at games publisher Activision Blizzard, the owner of King.

“I know everyone is waiting around to see where the content will land, but it’s certainly an under-leveraged opportunity for what is probably the most engaged audience there is,” he claims.

The brand benefits of breaking into gaming

The accessibility of gaming means that whereas previously you needed at least £100 to buy a games console, now everyone has a games console in their pocket, Carroll adds.

“Why then do we [class] gaming as this niche platform where we think anti-social people in their basements are playing games, when in fact there are billions of people playing casual games across the world?” he asks.

The growth in mobile gaming has been powered by the speed of innovation in smartphone tech, resulting in more advanced visuals and gameplay with broad mass market appeal, explains Youssef Gasmi, communications manager at French games studio Voodoo.io.

Gasmi agrees these “snackable” hyper-casual games (lasting for an optimum of 30 to 45 seconds) have helped democratise gaming, which is why he believes brands should forget the stereotypes and make a concerted effort to better understand who is actually is gaming.

Get to know gamers

Research shows the fanbase for casual gaming, as with any other form of entertainment, is wide and varied. Some 50% of mobile app users play games, according to data from Newzoo and Activision Blizzard.

The survey of 12,000 mobile app users in the US, UK, Germany and France shows mobile gamers tend to be split 50/50 in terms of gender and are in their mid-to-late 30s on average. That being said, 66% of 18- to 20-year-olds say they have opened a gaming app within the past seven days.

These statistics are backed up by a recent Kantar ‘Band Power’ survey of 400 Brits who have played a video game on a PC or console over the past six months. The research finds Super Mario, Pokémon Go and Fortnite all skew female, while FIFA appeals to a more male demographic.

When split by age Fortnite is far more popular with people under 35, whereas FIFA is skewed to over 35s.

Understanding the eSports community: What brands need to know

Harriet Hughes, CMO at games publisher PlayStack, believes the strong female gaming community is not being acknowledged enough by brands who often rely on old fashioned stereotypes. She credits a game like Candy Crush for bringing female gaming to the fore.

In July, PlayStack went live with Snatch, an AR game that lets players win prizes and claim offers from brands, as well as snatch prizes they want from other players in one-on-one AR battles. The pilot launch of Snatch in 2017 generated a million downloads, which were roughly split 50/50 male and female.

The player demographic spanned from ‘cool hunters’ on the lookout for prizes from on-trend brands to ‘bargain hunters’, an older, more price sensitive group in the market for deals. The pilot revealed the peak times for playing Snatch were during the daily commute and at lunch breaks.

Voodoo talks about games having “YouTube-ability”, meaning they have compelling visuals and do not require a significant time commitment from the gamers, as well as being easy to understand from the first click. The best games are gender neutral, with a 50/50 gender split and possess the “snackability” to appeal to wide cross-section of people, Gasmi adds.

Those who play games such as Candy Crush and Angry Birds are most likely to be the primary decision maker in their household due to their older demographic. Activision Blizzard conducted a neurological study assessing the behaviour of people while playing Candy Crush, which show they are in a heightened emotional state of arousal and essentially a “happier place”, meaning brands stand to benefit from enhancing this experience.

The idea that gaming is becoming a highly social pursuit is supported by Kantar’s data, which finds 33% of gamers say FIFA is better to play with friends, followed by Super Mario (20%), Fortnite (18%) and Pokémon Go (12%).

Martin Guerrieria, global BrandZ research director at Kantar, insists gaming has become a key form of socialising. He attributes this in part to the growing popularity of live esports events and platforms such as livestreaming site Twitch, which allows fans to watch their favourite gamers in real time. The channel agnostic nature of games today is also having a big impact.

“When I started playing games you would only be able to talk socially about certain games with people who had the same console as you, whereas now with the likes of Fortnite you can play it on your mobile, PC or console,” Guerrieria adds.

While it varies by country, the player base for a game like Pokémon Go can be as high as 55% female in a country like Germany. The game’s publisher Niantic Labs discovered this highly -engaged female player base, in particular, enjoys the social side of gaming.

Based on this insight, Pokémon Go developed a friends and social feature, which allows players to exchange gifts with a list of up to 200 players using a ‘friend code’. These gifts are location-based and are triggered, for example, when a friend enters a PokeStop, a location where players can collect in-game Poke Balls.

Niantic has also introduced more live events for players to meet up such as the recent Pokémon Go Fest in Chicago, as well as regular community days. The gameplay itself rewards players for getting out of the house, with prizes given to those who walk 5km, 25km or 50km a week in pursuit of new Pokémon.

The way Niantic approaches brand partnerships is also tied into the social focus of the game. Through its collaboration with McDonald’s in Japan,  players visiting the fast food chain were rewarded with a code giving them access to special events where they had the chance to catch rare Pokémon.

The social side is one of the most important elements of the game says Anne Beuttenmüller, head of marketing for EMEA at Niantic, who is adamant no brand partnership should interrupt the gameplay or exclude players. She notes, for example, the accessibility of the McDonald’s tie-up.

“It is not a pricey product that McDonald’s is selling for attending the game and they are a big company, so there is a McDonald’s in almost every city,” explains Beuttenmüller.

“We really take care that this stuff doesn’t feel like it’s interrupting the gameplay. It’s not pay-to-win and if you don’t attend the event there’s still a chance to catch the Pokémon.”

Niantic has certainly been savvy in its approach to commercialising the game. According to Newzoo data, during the first 80 days following its launch in July 2016, Pokémon Go generated $470m (£376m) in revenue and is on track to reach more than $1bn (£798m) in revenue this year alone.

Refusing to rest on its laurels, in June Niantic released the much-hyped Harry Potter: Wizards Unite AR mobile game, which uses geo-location data to lead players to magical sites, creatures and wizards who they can save by casting spells. The game was downloaded 400,000 times in its first 24 hours in US and UK, according to data from mobile marketing intelligence company, Sensor Tower.

Pokémon Go and Harry Potter: Wizards Unite are just two games in a rapidly growing market. Yet despite the surging popularity of gaming as entertainment, PlayStack’s Harriet Hughes believes many brands are still missing a trick. She points out, for example, that typically the ads seen in mobile games are for other games, rather than brands.

“The ads are getting players to download a different game, as opposed to the amount of different opportunities for product placement or proper brand integration that really do exist,” Hughes says.

“There’s still a lack of certainty about exactly what it means and understanding how the commercials should work. There’s a big education piece to do.”

Brands still have work to do to fully exploit the opportunities of mobile gaming and get to grips with its mainstream, diverse and fiercely loyal fanbase. 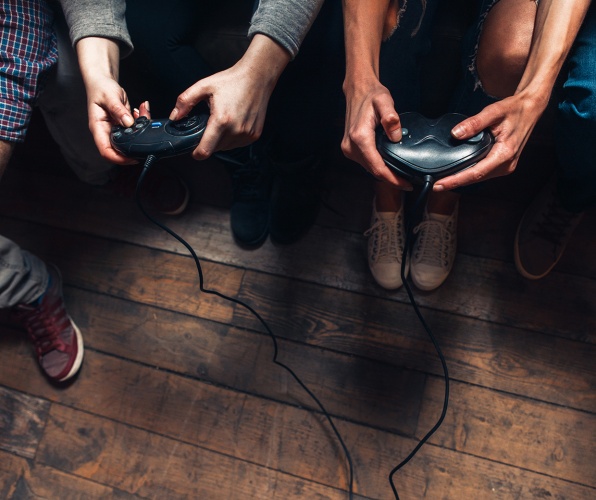 To succeed in the world of eSports, brands need to understand how to engage its hyper-social, millennial fanbase. 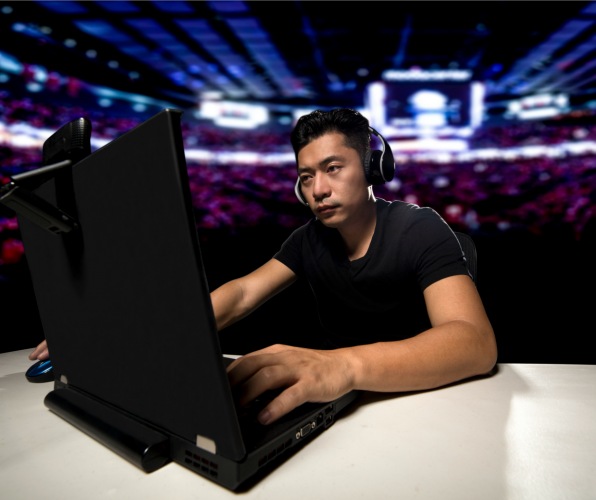 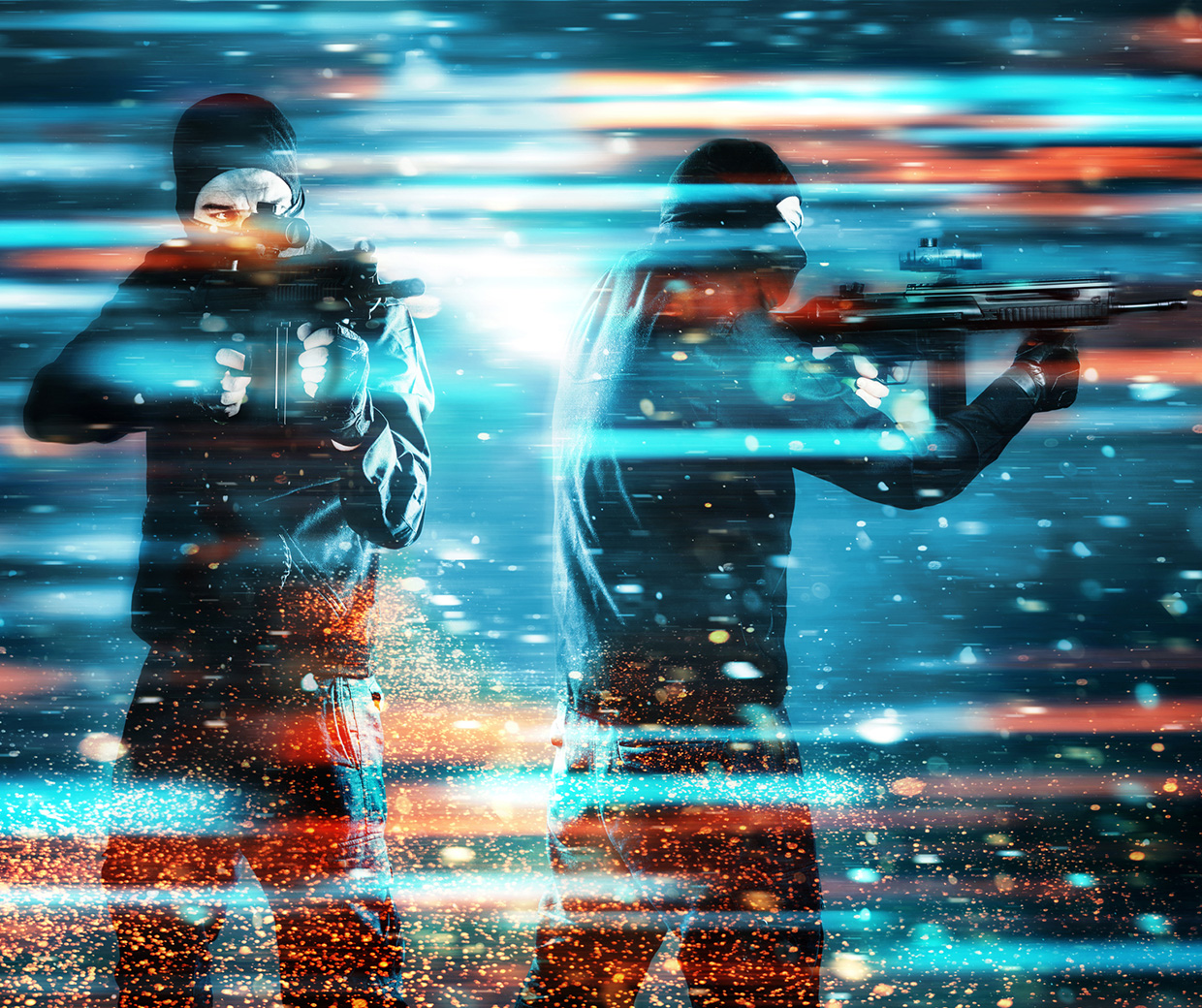 Fiercely competitive and fast paced, the gambling industry is entering a new era fuelled by global expansion, the shift to online and the lure of emerging sports.