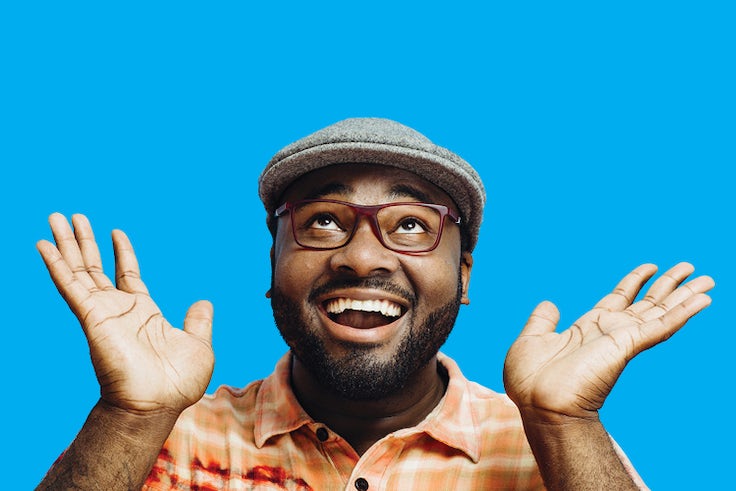 What is it that makes us laugh at times when we really shouldn’t? A quiet chuckle, hysterical fit or an uncontrollable grin at the most inappropriate time?

Behavioural scientists call them ‘human non-verbal vocalisations’. We’re human, it happens all the time and that’s exactly what inspired us at The Hatch with the latest brand refresh for Netflights, part of the Emirates Group.

Successful brands and campaigns are built on human connections, which start with human emotions. With Netflights’ northern roots and a creative brief to challenge both the brand and the travel industry norm, what better place to start than the most fun and popular emotion of them all – humour? And so a concept named ‘Grinfreeze’ was born.

The Grinfreeze concept was inspired by Netflights wanting to humanise its brand persona and lean on its values of being a ‘people first’ business. Humour then became an important aspect of the brand refresh, with research on over 2,000 people and the inappropriate things they have laughed at.

There’s only one explanation – they’ve been struck with Grinfreeze, a medical condition brought on by a ‘Proper good deal with Netflights’. Not always northern, but always with a colloquial tone, Grinfreeze adverts are designed to connect with ordinary people looking for an extraordinary experience with great value.

The things we laugh at (when we probably shouldn’t)

Of the 2,000 people surveyed nationwide, nine out of 10 admitted to laughing at an inappropriate time.

Almost two thirds of people admitted to laughing when somebody hurts themselves, and one in five people admitting to giggling when being disciplined by their boss or authority figure. One in 10 laughed when they saw their friend’s baby for the first time and the same proportion did so when being dumped.

Sometimes laughing at the wrong time seems to be hard-wired into the majority of us, and that was the inspiration for Grinfreeze.

Needing a high-impact campaign which would resonate across all media including TV, radio, digital and out-of-home, Grinfreeze is the brainchild of creative director at The Hatch, Graham Slater.

From the initial creative concept to the ongoing production of video, audio, digital and visual assets, Slater and his creatives have been working closely with the Netflights team throughout 2019.

Slater comments on this joined up approach to realising Netflights’ new identity: “Grinfreeze has been developed at each creative and production stage with the whole Netflights marketing team, as well as senior directors. We’ve worked together every day on the campaigns, strategy and assets – we were even on location together for filming the TV ads and we’ve laughed every day too.

“Humour really has been the theme for this project and for me personally it’s up there as one of the most creatively rewarding projects I’ve worked on. From planning to execution, it’s been meticulously thought out and has made for a hugely inclusive experience – there’s been a real buzz around everybody working on it and the wider organisation.”

Andrew Shelton, Managing Director of Netflights reflects on the close-working nature of Grinfreeze and its creation: “The Hatch have so much ambition for an agency outside of the city. They were extremely efficient throughout the project, always available and not afraid to challenge the brief to get the best results.

“What we are most impressed with is the strength, simplicity and flexibility of the creative idea, and the high quality of the ad content that we have jointly created.”

One of two new TV commercials (the ‘Break Up’) is currently running on Sky Adsmart, video on demand, Channel 4, Sky1, Dave, Fox, E4 and Comedy Central. The second commercial (the ‘Penalty’) is also running on Sky Sports and radio spots are playing out across Heart, Capital, Smooth and Kisstory. Other advertisements include digital signage, billboards in city centres and airports, and other effective touch points including digital.

A bit about The Hatch

Always challenging the norm, The Hatch help brands connect with their audience through new and traditional media. Passionate about delivering strategies with impact, clients in the travel sector include Netflights, Dnata, Six Star Cruises, Destinology and Cruise 118. Other sectors and brands include Ted Baker, B&Q, Ikea, Graham & Brown and others.

Steven Hickey is managing director of The Hatch 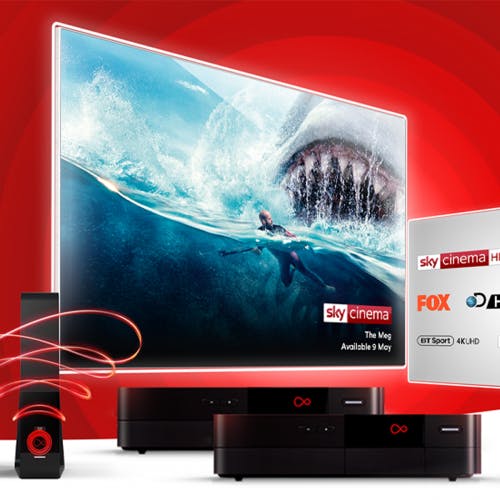 The telecoms giant is shifting more money to brand marketing as it looks to “get its Virgin-ness” back and attract more customers to its services. 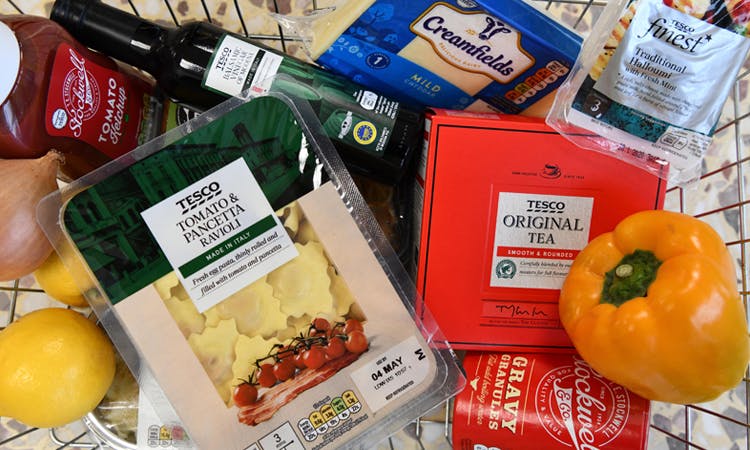 The cases of Tesco and Greggs show that radical reinvention isn’t always the answer and that all too often going back to basics can be more effective.