The recession and an increasingly competitive market place has led to brands placing more importance on ROI, while potential sponsors are demanding more information and data from rights holders, according to a study of 450 executives in 30 markets worldwide by IFM.

The majority of respondents either “agreed” or “strongly agreed” that brands are placing more emphasis on ROI appraisal, returning a mean score of 4.4 out of 5 with 5 being “strongly agreed”.

Similarly, respondents returned a mean score of 4.4 out of 5 when asked if it was necessary for rights holders to offer more data to brands ahead of any deal being signed.

The findings come against a background of declining sponsorship revenues for rights holders, with respondents stating that they expect an 8% decrease this year.

It is widely believed that sponsorship is becoming a buyer’s market, particular in the English Premier League where betting firm 188BET is reported to have recently paid £750,000 and £650,000 a year to sponsor Bolton Wanderers and Wigan Athletic respectively whereas the clubs might have expected about £1m a year ago.

The theory that the pendulum has swung to brands was recently strengthened after sports marketing consultancy SPORT+MARKT estimated that the value of shirt sponsorship deals in the Premier League fell from £69.2m during the 2007/08 to £68.2m in the last campaign after years of continuous growth.

However, other studies have suggested that sponsorship is far from in decline and indeed is holding up well in comparison with other marketing disciplines.

IEG’s sponsorship report from last year predicted total global expenditure in sponsorship for 2009 to be £26.96bn – revised down by 0.8% but still showing 3.1% growth.

Recent GroupM research found although global advertising spend is expected to fall 5.5% this year to £253bn but sponsorship will see a year-on-year increase of 2%, the only discipline to see growth.

The study was carried out by the IFM Group of companies, IFM Sports Marketing Surveys, S:Comm and IFM-Sports and canvassed business leaders from the sports, leisure and entertainment industries.

TV campaign invites fans to design a vehicle for chance to star in Lego City ad.

The latest ABC figures show the magazine sector is holding up overall during the recession. 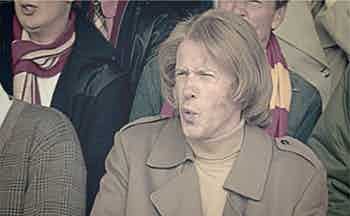 The New Football Pools is launching a television and online campaign to coincide with the new football season featuring TV presenter Tim Lovejoy.