Mobile is now the dominant channel on which consumers read marketing emails, yet desktop users are more likely to click and make a purchase, new research shows. The study, seen exclusively by Marketing Week, suggests that email marketing professionals need to think more creatively about how to drive sales on mobile devices.

The UK Consumer Device Preference Report by email marketing firm Movable Ink reveals that in the first quarter of 2015, 71% of marketing emails were opened on a mobile device – the highest level since the report began in 2013. This figure includes emails opened on tablets (29%) and smartphones (42%).

The study tracks over 120 million business-to-consumer emails across the retail, travel, ﬁnancial, media and telecommunications sectors, finds the remaining 29% of emails are opened on desktop.

However, despite the growing prominence of mobile devices, people are more likely to make purchases after clicking on an email on their desktop. According to the research, 39% of email conversions occurred on desktop in the first quarter of 2015, compared to 37% on tablet and 25% on smartphone.

Vivek Sharma, CEO at Movable Ink, believes many brands are failing to optimise their emails for mobile devices. Although he notes that the proportion of people converting on mobile is on the rise, he questions whether marketers have fully grasped the opportunity to acquire new customers on mobile. “Given that over 70% of engagement is happening on mobile devices, it is something all brands should consider,” he says.

Sharma explains there are certain key steps that brands can take to optimise their email campaigns for mobile devices, including using responsive design templates and shorter messages to account for the fact that people read items in shorter bursts on mobile devices in comparison with desktop.

In addition, he urges marketers to think about the “post-click experience” in order to create more effective engagement once consumers have clicked on an email. This was the focus of a recent email marketing campaign run by cancer care charity Marie Curie in which people opening emails on their smartphone were encouraged to donate via text message. 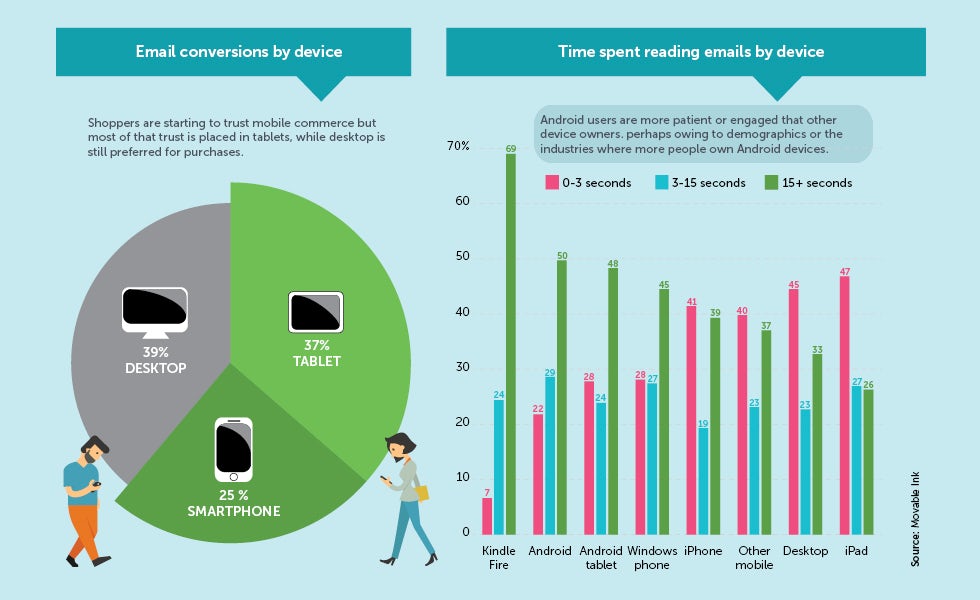 The campaign, run in partnership with Movable Ink, incorporated a link that automatically opened the text message app on the recipient’s phone when they clicked to donate within the mobile email. Sharma notes that this type of technology could also encourage people to share content on social media directly from an email or open a branded app for a more personalised experience if the email recipient already has it downloaded on their phone.

“Marketers should not only think about the form factor and [creating] simpler messages on a mobile phone – they need to think about the post-click experience and how to make it as frictionless as possible,” he adds.

The research also reveals that tablet users are significantly more likely to spend additional time reading emails compared to smartphone users. For example, while 69% of Kindle Fire users say they tend to read emails for 15 seconds or more, the same is true of only 39% of iPhone users. A higher proportion of iPhone users (41%) say they only glance at emails for three seconds or less.

Sharma believes that read time is becoming an increasingly important metric for marketers, who previously may have paid attention to only the open and click-through rates. “It is an interesting measure of engagement, especially if you’re a media brand with a lot of long-form copy [in your emails] and you want to measure if people are reading it,” he says. “Is it valuable copy, even if they’re not clicking through to your website? It’s also important if content marketing is a big part of your email programme.”

The report also shows that between midnight and 7:30am on an average day, more than half of all emails are opened on smartphones. This suggests that marketers sending emails late at night or early in the morning should ensure they are designed for small screens.

Sharma says the ability to combine multiple data points, including the time of day, the location of the individual, the device they are using and their recent purchasing behaviour, should empower brands to create increasingly personalised email marketing campaigns.

“You can no longer have a static, one-size-fits-all experience for all of your consumers,” he says. “If 10 million emails go out, there should be 10 million unique experiences created based on that individualised context.” 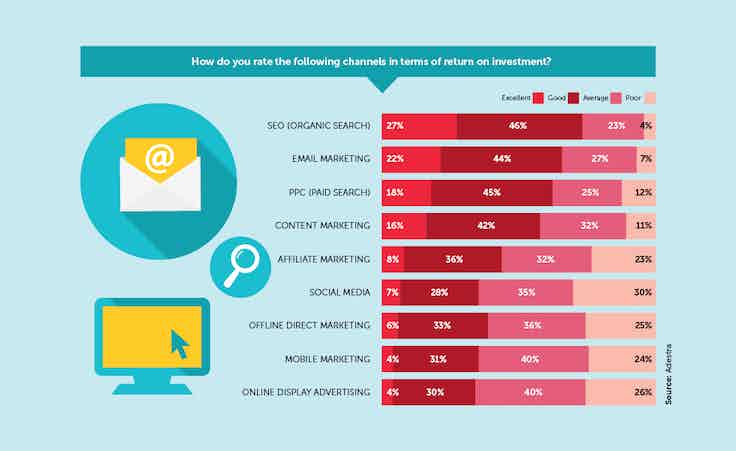 Marketers continue to see email as a highly effective marketing channel, second only to search in delivering ROI, yet they are dropping their investment in the channel and potentially risking the revenue it brings back. 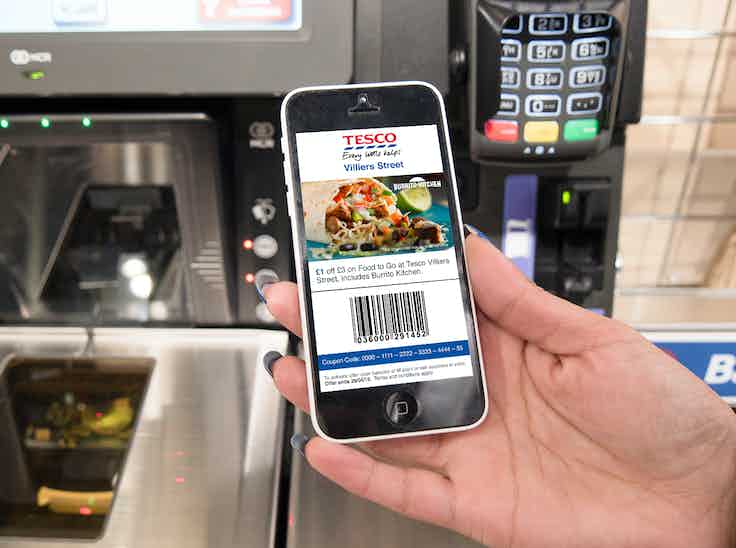 Tesco is using its first mobile couponing trial to explore how to create awareness and generate footfall at a new Tesco store in London.