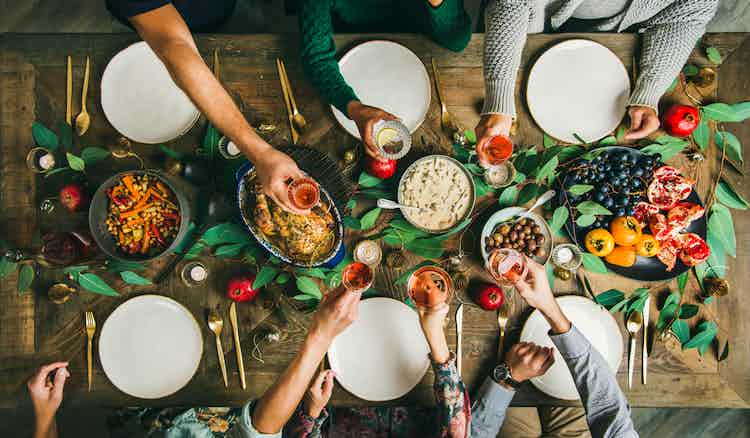 Marketers in categories that depend on food and drink sales are probably already starting to notice that the festive season is coming early this year. This Christmas is the one consumers want to get right, after the frustrations of 2020’s pandemic restrictions.

And according to exclusive data from The Ozone Project, marketers’ suspicions are more than just a hunch. As the digital ad platform for the UK’s major news, entertainment and lifestyle websites, its cross-publisher online audience measurement tools have access to 99% of the public’s anonymised browsing behaviour, and this first-party data makes a compelling case that consumers’ Christmas preparations are well under way in terms of food and drink, hospitality, and grocery shopping.

Additionally, it reveals insights into new behaviours in each of the categories in the past year and in the run up to Christmas.

Right now, the clear sign from Ozone’s figures is that content consumption in the grocery category surged in October, by up to 42% compared to the same period last year. Some of this is no doubt being driven by a huge 230% uptick in interest in frozen food during the same period. It is clear that people are planning ahead and also considering filling the freezer, just in case supply shortages come into play nearer the big day.

This early planning contrasts with 2020, when people were unsure of what regulations they would face and there was a huge lift in grocery content consumption during Christmas week.

Customers are telling us they just want to get organised earlier and make this Christmas bigger than ever.

Marks & Spencer Food marketing director Sharry Cramond told Marketing Week at the launch of its Christmas TV ad on 4 November: “Last year customers said Christmas was [largely] cancelled. [They] couldn’t have [a big] gathering but they still wanted to make it special for the kids. This year it is still going to be special for the kids but they want it to be special for everybody. I think people are feeling like they really missed out last year.”

She added: “Customers are getting organised way earlier than they ever have before – fresh turkeys [are] going in store today; there’s a volume of orders coming through on Christmas food. Customers are telling us they just want to get organised earlier and make this Christmas bigger than ever.”

In the alcohol sector, consumers may not have quite as much anxiety about having bare cupboards when the Christmas holidays start, but sales are still beginning to grow earlier than they would have done before the pandemic. The Wine Society’s merchandising manager, Louisa Peskett, says: “We’re not seeing Christmas coming earlier this year compared to last year, which itself was very early for us, but we are expecting it to be earlier than a typical pre-Covid year, such as 2019.“

She adds: “We’re really expecting the uplifts to kick in from 5 November onwards. It’s in this run-up to Christmas we tend to see a swing to the more classic wine styles and we see members generally treating themselves to a [more expensive] bottle. We also see uplifts in magnums, and other larger bottle sizes, as well as spirits, sweet wines and fortified wines.”

Last year, The Wine Society saw a busier than normal festive season, in which it picked and shipped 232,000 bottles in the 15 days in the run-up to Christmas, compared to the usual figure of around 90,000. “Last year, Christmas sales were incredibly fast; we sold out of our entire gift range by early December, two to three weeks earlier than planned,” says Peskett.

The message for grocery brands, and those that depend on selling food and drink more generally, would appear to be that the rush is starting – if it hasn’t already started – and now is the time to engage consumers with festive campaigns, to let them know about their buying options and offers.

Nearly two in three (64%) of advertising customers The Ozone Project has surveyed are predicting a bumper Christmas in the food and drink content category, placing it top in terms of the categories they forecast will do well in 2021. This figure is 5% up compared to last year. Consumers are expected to be browsing for the perfect food and drinks to enjoy the festive season but also recipe ideas, tips from top chefs and inspiration for booking meals with friends and colleagues.

Last year showed that online content consumption in the food and drink category shot up by 54% in the final week of November, around the time of Black Friday, compared to the first week of that month. This meant the peak readership of food and drink content happened around a month before Christmas, and that this may be a key time for maximising the impact of food and drink advertising this year. There was also significant interest in the category in January.

Healthy eating was a particularly popular content topic in the first month of 2021, which concurs with what Anushi Desai, co-founder of Plant Pops, has seen with orders of her company’s plant-based snacks. They peaked in Q4 2020 and then again in January, which she believes is now firmly established as a healthy-eating month that follows a month of celebration.

“We saw a huge spike [in sales] on Amazon in Q4 last year, which we believe was mainly due to the massive volume of traffic on Amazon for food in Q4 2020,” she says. “In direct-to-consumer, we saw a spike in January, almost certainly due to people trying our vegan product as part of Veganuary.”

Brands in the sub-category of health-conscious foods would therefore be advised to have a robust communications plan, ready to be rolled out once the Christmas and New Year festivities are complete.

The biggest category within food content consumption over the past year has been baking and desserts, showing that we all really did become a nation of home bakers and cooks during lockdown. The subject gets 2.2 million average page views per week and is likely to peak in the final week of November when viewers turn in to the final of The Great British Bake Off.

Other popular categories in food include cooking, fast food and alcohol, which come in with 1.5 million page views each week on average.

While pandemic-driven trends are likely to abate over Christmas 2021, food and drink brands could expect to see similarly timed peaks in food and drink content consumption overall this year compared to last, giving a clear indication of when to time key campaign messaging.

As anyone who has tried to book an office party will know, hospitality has been on an upward trajectory since the end of Covid restrictions. This is in stark contrast to the festive season last year, when the category saw a dip in content consumption as Brits reconciled themselves to a Christmas of closed bars, restaurants, nightclubs and hotels.

Traffic to this content category rose after the end of the third lockdown, and particularly in July, when it rose 43% as the last restrictions were lifted. Clearly people wanted to get back to nights out with friends once again. Since then, traffic has been steady until October, when The Ozone Project’s data shows there was 30% higher engagement with content relating to bars and restaurants.

“As we all missed a celebration last year, we’re expecting huge demand for eating out in the hospitality sector [over Christmas 2021],” the Federation of Wholesale Distributors’ director of communications David Visick told Marketing Week in September.

Yet he also cautioned that supply chain issues – for example around lorry deliveries and carbon dioxide supplies – could threaten to derail festivities, so brands in the hospitality industry may need to temper their enthusiasm by managing expectations and avoiding over-promising in their ads and communications.

With the grocery, food and drink, and hospitality categories showing a major rise in engagement already, it seems Christmas really is coming early this year. Brands in these sectors need to take advantage of this interest sooner rather than later with their festive ad campaigns, to ensure they get a seat at the table. 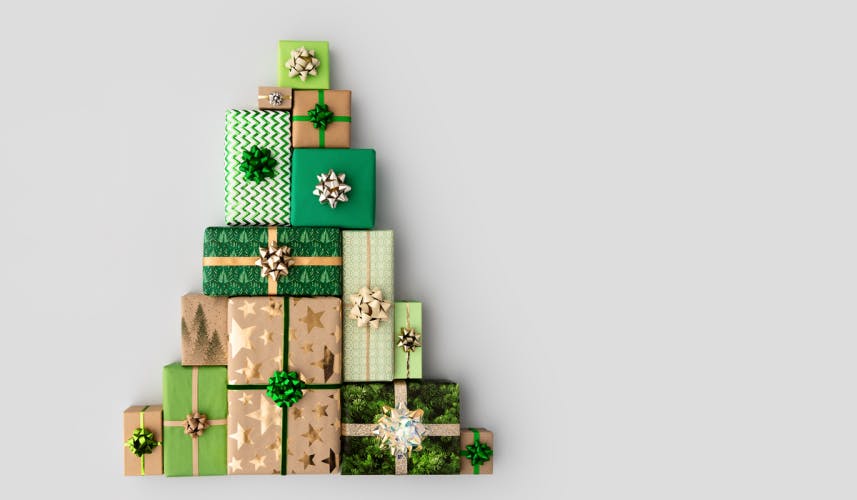 This Christmas is set to be very different from the last, so to execute effective advertising campaigns brands must plan to peak at the right times, when consumers are most engaged with relevant content.

From Nike to EA Sports, brands blurring the lines between entertainment, social conscience and the desire to lead are gaining cultural credibility in the world of sport.