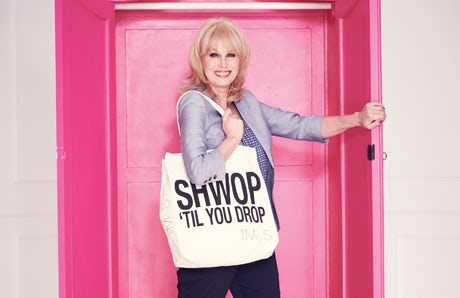 The annual report from C&E Advisory found that the number of corporate and NGO partnerships worth more than £10m annually was up 12 per cent this year compared to 2013, while the number of tie-ups in the less than £1m category fell by 14 per cent.

“This reflects the greater understanding both sides gradually have of the potential for partnerships as organisations engage in multi-lateral agreements over longer timescales – leveraging resources to achieve mutually agreed goals in ways beyond funding,” says the report.

The M&S and Oxfam tie-up remains the “most admired” partnership with 11.1 per cent of respondents voting for it. They believe it works because it involves the two sides sharing knowledge and working together to drive sustainable production and consumption, most notably with the “Shwopping” campaign.

It is admired because the partnership is “innovative, durable an has clear objectives consumers can readily relate to”, according to the report.

However, tie-ups between Boots and MacMillan and GlaxoSmithkline and Save the Children are closing the gap, cited as the most admired by 7.9 per cent and 7.1 per cent of respondents respectively.

“All these partnerships and partners, are not only admired, but also congratulated for showing the best of partnering. They are all, mission-led, long term, strategic, clearly well executed, and also effectively communicated to relevant audiences. They act as an inspiration to other organisations large and small,” says the report.

The report – the result of a poll of 130 NGOs and companies – found that both corporate brands and NGOs believe that the role of cross-sector partnerships will become more important, with all respondents saying investment will increase over the next three years. However, both NGOs and brands face a challenge in improving communication of goals and performance to consumers.

Among corporates, just 17 per cent believe customers are well engaged, down compared to last year, while they also report they aren’t effective enough in communicating the impact to external stakeholders. The report suggests helping brands better enthuse customers could be a significant area of opportunity for NGOs.