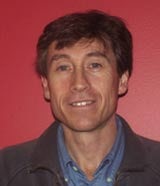 Marketers who want to sponsor a gold medallist at the London 2012 Olympic Games should start backing talented teenagers now, according to a leading sports marketer.

Octagon vice-president of athletes and personalities Clifford Bloxham says brands should form associations with rising stars to build long-term relationships with them.

He argues that in spite of the fact that typical contracts only run for three years, athletes are much more likely to stick with brands that backed them right from the start.

He says: “Teenagers are not going to do a lot for a brand in terms of recognition, but they can be good for internal communications, as staff can follow their progress and feel good about the company.

“Then, when it is time to renegotiate, they are far more likely to stay with those people who were the first to believe in them.”

Bloxham points out that in certain sports, for example athletics, it is possible to predict the champions of the future by comparing their times with past gold medalists when they were about the same age.

He also says that brands that have developed a relationship with athletes a couple of years ahead of the London Olympics will stand a better chance of being able to use them in advertising campaigns.

He adds: “Top athletes will have two or three associations and ten free days a year.

“If you approach them six months before the games, you’ve got no chance. Anyone in with a chance of a gold medal is not motivated by money. “