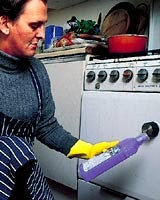 Prepare yourself for a new dimension of competition that’s going to transform the brand pecking order in industry after industry. It revolves around a burgeoning personal productivity revolution.

Like any business, we as individuals want to maximise our personal productivity by using the time, money and resources at our disposal to get as rich as possible – not only financially, but emotionally too – to make our short time on this earth as fulfilling and rewarding as possible. For marketers, the crucial aspect of personal productivity is the “make or buy” decisions we, as consumers, make about essential inputs.

Phase one of the personal productivity revolution began with the industrial revolution, when we started outsourcing the production of specific items to people who use factories to make them better and cheaper than we could. Phase two came after the second world war, when we started automating our own homes with labour-saving devices such as washing machines, which saved us from back-breaking clothes scrubbing. Since then, these two revolutions have continued to unfold with a proliferation of convenience products, from the disposable diaper to the chilled ready meal.

But now a third stage is brewing as consumers, like many modern businesses, seek to outsource complete non-core processes – where “non-core” includes anything that doesn’t directly boost our personal bottom line. And the more we think about it, the more activities fit this “non-core” category: chores such as home maintenance, sourcing essential replenishment items, cooking, cleaning clothes and premises, keeping track of our finances, and generally administering our lives. Ideally, when we wake up in the morning, we would like these things to have been taken care of, so that we can get on with the real business of enriching our lives.

We don’t want to bother with partial solutions any more, because they involve us in extra hassle and work. In other words, we want to renegotiate divisions of labour between consumer and producer that were created for us by the Industrial Age. As Unilever co-chairman Niall Fitzgerald recently said: “We found consumers no longer want soap powder. They want clean clothes – and preferably without the messy business of operating a washing machine.”

The implications for traditional Industrial Age companies – manufacturers and retailers alike – are awesome. Providing fresh clean clothes ready to wear for example, is a different business to making and selling soap powders. It involves different infrastructure, cost structures, revenue streams, skill sets, customer relationships, cultures and so on. It is a different business model which revolves around “my life”, as opposed to “your assets”.

But laundry is only one example. Across the board, we are finding that existing infrastructure and processes are reaching the limits of their ability to enhance personal productivity. Take food. Convenience food marketers have demonstrated endless ingenuity in maximising the potential of factories and shops. But the local pizza parlour, which provides a complete solution piping hot and ready to eat, is a completely different kettle of fish: local outlets, customised make-to-order production, low capital investment and high labour input.

Ditto with shopping. A complete shopping solution is where the goods I want come to me, rather than my having to go out searching for them. But ordering goods on the Internet – whether it’s books from Amazon or groceries from Tesco – bypasses existing stores and requires a completely different infrastructure. Banking is yet another example, with Internet-banking rendering bank branches (though not cash machines) redundant.

There are four crucial points to note about the third wave of personal productivity. First, suppliers have resisted it because old divisions of labour suit them: consumers did a lot of the work for free. Retailers relied upon shoppers to invest time and money travelling to and from shops, packing and unpacking, and transporting goods. Food ingredient manufacturers ignored the time costs incurred in cooking. Bankers ignored the costs consumers incurred travelling to, and queuing, in branches.

The second point follows: despite endless rhetoric about focusing on what the consumer really wants, industrial marketers never really meant it. What they meant was (for example), “given that I make soap powder, what form would you like it in?”.

A third reason to fear complete solutions is that they render ingredient brands invisible and irrelevant. Unilever may call its MyHome laundry offer Persil Service, but in reality its customers couldn’t care whose brand of soap powder it uses, as long as it does the job. The fourth reason for resistance is that providing total solutions requires different business models, which render exciting investments in infrastructure (and, often, brands) obsolete, as we’ve already seen.

That resistance is melting away for many reasons. Increasing consumer affluence and confidence means that consumers can afford to demand more, and know it. They face increased time pressures. Meanwhile, the information age is transforming the economics of personal productivity. As a glorified self-service mechanism where the customer takes on most of the work, for example, Internet banking massively cuts banks’ operating costs while offering added convenience. It revolutionises the process itself (unlike MyHome which simply passes the hot potato of labour from one person to another).

Competition is also pushing suppliers to embrace the third-wave bandwagon. A total solution provider grabs a much greater share of the consumer’s purse and trust than a mere ingredient provider. This represents a massive opportunity. As Maureen Johnson of The Store points out, entrusting someone to manage a part of your life for you entails much higher levels of trust than buying a packet of stuff from them. Once suppliers have earned this trust, they are in an excellent position to extend their life management offering ever further.

As a potential escalator of growth, this puts growing market share in saturated ingredient markets in the shade. For all these reasons, the third-wave personal productivity industry is exploding. If you are not leading it, you risk being sidelined by it.