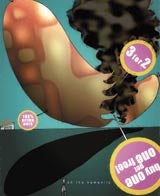 When it comes to price promotions, particularly in the food sector, the retailers run the show. Often, it is no longer the job of the brand team to decide when products will be discounted: their fate is in the hands of the supermarkets.

Mike Welsh, group business director at promotional agency Claydon Heeley Jones Mason, suggests that packaged goods take part in far fewer promotions than they did ten years ago, because retailers are preventing them.

“Retailers would much rather brands didn’t do promotions,” he says. “They would rather lead themselves and be in control.”

Hicklin Slade chief executive Justin Hicklin agrees that retailers now set the tone of promotions, as well as the price, demanding that manufacturers supply goods at a certain cost in order to secure shelf-space.

This is true of all the big supermarkets, from the likes of Netto and Asda, which specialise in everyday low pricing, to those that operate a “high-low” strategy, such as Somerfield and Iceland, which have higher across-the-board prices alongside some heavily discounted items.

Cutting brands down to size

“There was a time when brand owners could say: ‘We have a premium product and we won’t trade on price’,” says Hicklin. “That’s not possible now because retailers force well-known brands to sell themselves cheaply.”

He adds that expanding access to the internet is also compromising manufacturers’ ability to maintain premium prices.

But Hicklin suggests that all is not lost for producers: “They can put price-marked packs into the independent trade to win exposure.”

There is no doubt that price promotions boost sales, and they are particularly valuable in encouraging consumers to try new products. According to shopper research from food and grocery think tank IGD, 69 per cent of consumers will purchase new products or different brands from their normal choices as a result of promotional activity.

The research found that in-store promotions do encourage customers to try new things: 19 per cent are attracted to a new product by buy-one-get-one-free offers, while 12 per cent try a new product because it is reduced in price and 11 per cent are influenced by three-for-two offers. Shoppers see such promotional techniques as low-risk ways of trying something new. If they haven’t paid the full price, they are less concerned about whether they like the product, concludes IGD.

No money in discounting?

However, while promotions foster trialling of new products, they do not always guarantee profits for the brand owner. There are many ways in which promotions can backfire, and both retailers and manufacturers need to consider the consequences before plunging into price promotions.

Retail analytics specialist IntelliQ suggests that many retailers ought to be more scientific in their approach to promotions.

IntelliQ product development director David Snocken says retailers sometimes run promotions that “steal” sales from other departments in the same store. He also points out that some promotions serve only to reduce margins, rather than drive extra sales. And stores often run out of items that are being promoted – research from Gartner suggests that out-of-stock levels may run as high as 15 per cent on promoted items – which will not endear consumers to the store.

Price promotions can also play havoc with consumers’ perceptions of a product’s value, says Hicklin: “A low price on a brand that is not well known may suggest to consumers that it is failing.”

He cites malt whisky, suggesting that distillers should aim to maintain their prices throughout the year, in order to sustain the perception of whisky as a premium product. If a brand is continually discounted, he says, shoppers will start to question its quality.

In the worst case, says Hicklin, price promotions can devalue an entire category. When one beer brand starts to be sold in cans with 33 per cent extra free, others are forced to follow until just about every brand is doing it. This takes value out of the category for both brand owners and retailers and makes it hard to claw back margins.

Price promotions also interfere with consumer consumption cycles, says Iris managing director Ian Millner. In some cases, promotions encourage consumers to use more of a product or to sample a new one, but in other cases, shoppers just stockpile an item – meaning their overall consumption is static, but their purchasing is concentrated in the promotional period. When the promotion period is over, there may be an unexpected dip in sales.

“The way most promotions work is that there is a steep response but the effect is short-lived and sales decay quickly,” says Millner. “The sales hike is more or less equivalent to the overall cost of the promotion.

“The best promotions bring a gradual increase in baseline sales,” he adds. “The consumer response is flatter but fatter.”

The way to achieve this, says Millner, is to craft promotions that have resonance with the brand, rather than basing them purely on price, which is a very blunt instrument.

“The way people develop promotions is often completely out of context with no relevance to consumers,” he says. “We are continually being challenged by our clients, saying: ‘Are we the only brand that could do this?'”

As an example of excellence in the field, Millner cites The Daily Telegraph’s Fantasy Football League: “It was the first to market and the promotion had a natural resonance and ‘stickiness’. Promotions such as this have a profound effect not just on sales but on brand equity.”

Welsh also says it is time for a return to themed, on-pack promotions: “They have been out of fashion, but there is a lot of merit in generating consumer interest.”

Claydon Heeley recently came up with the idea of “Thrill Dice” for new Impulse variant Thrill. The dice presented challenges based around the idea of flirting and the game “swept the nation”, says Welsh, with plenty of tabloid coverage featuring celebrities playing the game. “£20,000-worth of dice generated hundreds of thousands of pounds’ worth of PR,” says Welsh. He adds that the effect on the bottom line remains to be seen, but that he believes the promotion has been good for the product and the brand.

Welsh says the 2006 World Cup, to be held in Germany, will present a good platform for promotions, and he expects to see many promotions featuring the chance to win tickets over the coming months.

For Euro 2000, Claydon Heeley created a campaign for Carlsberg, called Probaball. People buying a pint were given a random bet on an outcome in the competition. “It was a simple, clean idea. You didn’t have to send off or phone up,” says Welsh, “It produced a sales increase of 55 per cent.”

The agency took a big gamble with this promotion: at the start of the competition, it did not know which would be the winning bets. However, by taking out insurance, the agency covered itself against the possibility of having to make an enormous payout.

Taking out insurance and fixed-price deals are two ways of reducing the risks of running big promotions when the outcome is uncertain and there are dangers of over- or under-redemption.

Fixed-fee promotions company Fotorama has researched the accuracy of brand managers’ forecasts for sales promotion redemption. It showed a high level of inaccuracy: only eight per cent of promotions were within ten per cent either side of expected levels.

For instance, a financial services company found that 79 per cent of those who claimed a free UK weekend break from a promotion actually booked, when the forecast had been 35 per cent. The promotion cost £1.1m more than had been expected.

Fotorama director David Lebond says: “Many brand managers want to make exciting offers but they are deterred, thinking they will never find the budget or cannot afford to risk so much on one promotion. The fixed-fee approach enables them to stretch their budgets and support brands with promotions that they otherwise could not afford.”

Fixed-price deals can work really well, agrees Hicklin. “Brand owners know in advance what a promotion will cost and are covered if it is over-redeemed. They get upset if it is under-redeemed, but at least they have had the benefit of being able to sleep at night.”

However, he adds, companies must ensure that the information they give to the fixed-price agency is correct. If a promotion is seriously over-redeemed, the agency will come back and ask why the predictions were so inaccurate – and they may have grounds to sue. “You mustn’t get too tricksy,” warns Hicklin, “or