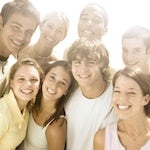 Consumer behaviour consultancy RISC International says teenagers attach more importance to values such as integrity and sincerity, and are more principled than previous generations. The consultancy monitors and anticipates the impact of consumer trends through global studies, and surveyed 2,400 15- to 19-year-olds, representative of 100 million teenagers across ten countries.

To communicate with young consumers, brands need to be aware of how young people’s attitudes are changing and what is viewed as important.

Its data shows that over half of teenagers claim to want to make an active contribution to society, compared with less than a third in 2005.

Almost two-thirds of teenagers believe the way they shop has an impact on the world compared to just more than half of 20- to 24-year-olds.

RISC International managing director Sharon Greene says: “Getting across a message with a deeper meaning is key for this group. Teens want to associate depth with something that has long-lasting, positive and constructive effect.”

RISC warns that brands using social media to communicate with young consumers should be wary of invading the digital space with one-way rand messages.