Dell, Microsoft’s Bing, karaoke brand Lucky Voice and sport brand Mpora have all launched contests on Twitter which ask users to retweet with hashtags to win, despite criticisms from media experts and the Twitter community.

Questions were raised about the technique last month after a campaign by website-building company Moonfruit attracted 400 tweets a minute (nma 16 July 2009) and topped the top trends list on Twitter before it was removed from the list.

Dell has just launched a campaign encouraging Twitter users to follow the @delldigitallife feed for a chance to win one of ten computers.

Dell’s head of digital media communications for EMEA, Kerry Bridge, told new media age that, despite labelling the Moonfruit campaign as spam at the time, the rapid evolution of the site made it a learning curve for marketers.

“Twitter is a tool that people have to sign up for so it can’t really be spam,” she said. “Experts have talked about how to do it but you can’t really tell people how to use Twitter, they have to work it out for themselves.”

Wendy Tan White, marketing director at Moonfruit, said the increase in competitions on the site will reduce the degree of cut-through brands can achieve.

“What works once then has to evolve and change. The community is fickle, trends come and go so fast because people get bored after a while,” she said. “There seems to be a difference between the UK and US, where they don’t feel it’s an issue.”

Karaoke bar chain Lucky Voice has launched a Twitter competition to promote its presence at The Big Chill festival, offering those who retweet the chance to win tickets.

Stuart Waterman, web editor and social media manager for Lucky Voice, said, “Twitter isn’t just a promotional channel. I think possibly a lot of people see it as a quick place to gain exposure, but if you don’t reply or if the feed doesn’t have content that will amuse or interest people, they won’t stick around.”

Nathan McDonald, managing partner at social media agency We Are Social, said in order to run competitions on Twitter, brands would have to ask people to be creative, otherwise the community will feel it’s being spammed.

“You have to be relevant and entertaining, not just getting people to retweet or add a hashtag. If you can be relevant or interesting or get people to consider what you’re saying, then the promotion can help to add values to your brand,” he said.

Bookmaker William Hill boosted its marketing spend by 106% in the first half of the year. 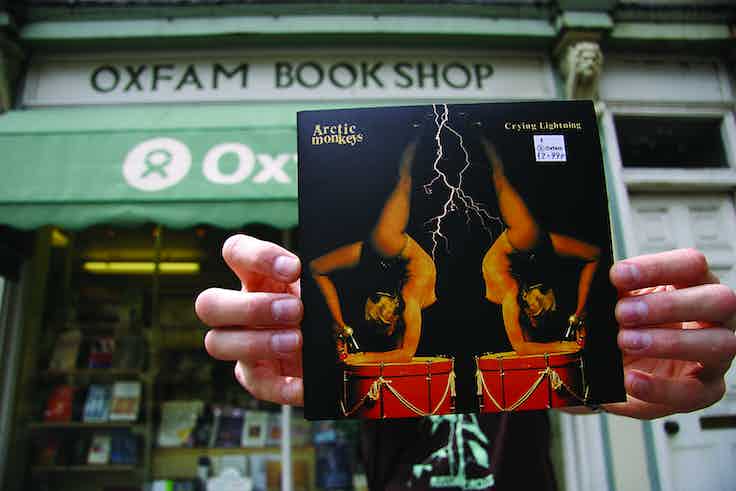 Oxfam is teaming up with indie rockers the Arctic Monkeys for the release of their next single, ‘Crying Lightning’ as part of a drive to raise funds from music sales.