The world’s population is forecast to hit nine billion by 2050 and the strain on natural resources is ever-tighter. Against this background of renewed scrutiny of the sustainability of global commerce, ‘the circular economy’ has emerged as the latest buzz phrase to describe an ideal economic system in which all products and industrial activities are recyclable.

In this hypothetical world, synthetic waste is not discarded to landfill and all biological materials can be reused safely. The circular economy is thus a direct challenge to marketers to devise alternative strategies to ‘planned obsolescence’ – the idea that products are designed to have limited useful lives so that consumers have to make further purchases once they break or wear out.

Several brands have sought to take a lead in this area. Electronics maker Philips, for example, has set up a circular economy team to focus on innovation across the company. This includes repurposing old components in its healthcare equipment business to build new products and a target of using 3,500 tonnes of recycled plastics in its consumer electronics division in 2015. Arts society the RSA has also made the circular economy a focus of its latest Student Design Awards, a nationwide competition that asks design students at colleges and universities to help tackle social, economic and environmental issues.

Unilever, Waitrose and the Royal Bank of Scotland (RBS) are among the brands sponsoring this year’s awards. The briefs the entrants must adhere to were released this month.

One of these, sponsored by design agency Springetts, asks students to think about how they would design a children’s toy and its packaging in a way that would minimise waste (see box, below). In previous years RBS has asked students to provide sustainable design solutions that would meet the needs of the ‘office of the future’.

The need to use resources wisely is critical, not just because of cost but because it is the right thing to do

RBS’s involvement in the awards is run through its Choice division, which focuses on providing flexible working solutions to the bank’s staff and making optimal use of all its buildings and offices. Previous winners of its challenges include a design for a prefabricated workspace that small businesses could use to set up offices wherever they find unused space in local communities.

Tim Yendell, head of RBS Choice, says that making efficient use of working environments is key for all businesses as they look to manage their costs and meet employees’ needs. As working practices change and urban populations grow, sustainable office use is likely to become an ever-more pressing issue.

The circular economy could also fundamentally change the nature of the products brands market, as well as the purchase cycles that marketing strategies are designed around.

The concept goes further than the corporate social responsibility (CSR) strategies that most large companies already have in place today to cover issues such as recycling and environmental conservation. Instead, the suggestion is that sustainability should permeate every aspect of a company’s activity, from the products it makes to the energy it uses.

According to circular economy principles, old or damaged durables should be maintained, repaired and, finally, recycled. Even products with a limited lifespan such as food or FMCG should have a neutral impact on the environment through sustainable manufacturing processes.

In addition to meeting its CSR goals, Philips believes undertaking these kinds of process improvements will create savings across the business that will ultimately benefit the bottom line. The company points to figures from management consultants McKinsey & Company that claim businesses could derive over $1trn (£607bn) of value per year from materials that are presently deemed to be waste.

Southwest Airlines is also using circular economy principles to grow revenues and enhance its brand reputation. Rather than dispose of 80,000 leather aircraft seats it had removed during a fleet refit earlier this year, the airline gave the leather to an American ‘upcycler’ firm that identifies marketing opportunities for waste materials by turning them into fashionable items, and to African social enterprises for young leatherworkers that make products such as footballs and shoes.

“[It] shows the importance of looking at used goods in a new way and giving them a second life,” wrote Southwest employee Marilee McInnis on a company blog.

Governments around the world are beginning to follow the lead taken by certain forward-thinking businesses. In July the European Commission published a package of legislative proposals entitled ‘Towards a circular economy: A zero waste programme for Europe’. This sets out a series of targets for increasing recycling in the EU and calls for the development of “new business models, eco-design and industrial symbiosis [that] can move us towards zero-waste”.

The proposals, which include increasing packaging waste recycling to 80 per cent by 2030 and reducing food waste by 30 per cent, are under consideration by EU member states. They coincide with a report by the UK’s Environmental Audit Committee in the same month that raised concerns about the failure of government policy to contribute to the development of a circular economy. It called for “a strategic plan to achieve systemic change, clearly linked to industrial policy”.

Given the complexity and scale of this issue, such reports are unlikely to herald a sudden regulatory overhaul in the UK or Europe. They do, however, show that the circular economy has become part of the mainstream political discourse and is likely to prompt a gradual creep of measures that brands must adapt to.

A decree issued by the French government last month, for example, compels electronics retailers in the country to make space in their shops so that consumers can drop off old devices such as mobile phones, toasters and kettles for recycling. While the regulation could create a cost burden, for marketers in France and elsewhere who are prepared to highlight recycling as a service and devise propositions from reusable goods and recovered parts, it could open new income streams.

Many industry-wide organisations say they are already implementing practices geared towards a circular economy. Pro Carton, the European association of carton and cartonboard manufacturers, claims that the packaging it represents is the most eco-friendly in Europe, with an 81 per cent recycling rate in 2012. The association advises packaging manufacturers and FMCG companies on recycling issues.

Jennifer Buhaenko, head of sustainability and regulatory affairs at Pro Carton, cites Easter egg packaging as a product category that has recently seen a concerted move towards recyclable cartons and away from rigid plastics.

“That’s a perfect example of how we’re at the core of the circular economy, because it’s how we continue the loop,” says Buhaenko.

RBS’s Yendell adds: “The need to use the resources of an organisation wisely is critical, not just because of the cost, but because it’s the right and proper thing to do.” 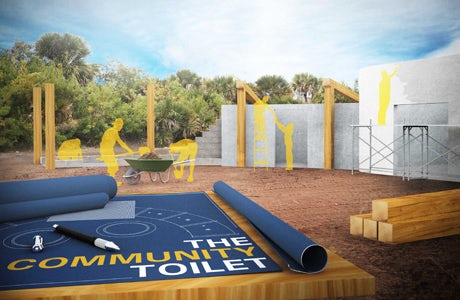 Earlier this month the Royal Society for the encouragement of Arts, Manufactures and Commerce (RSA) unveiled the briefs for its annual Student Design Awards. The organisation works with universities and colleges to incorporate the briefs into a range of design-based curricula. Each tackles a real-world challenge, and issues such as sustainability and recycling often feature.

This year, for example, a project set by brand design agency Springetts asks students to “holistically design or redesign a toy and its packaging for minimum waste rather than simply modifying what exists already”. It notes that toys are often rendered obsolete quickly due to changing needs or desires. The challenge is to design one a family is more likely to keep.

The sponsors of each brief provide guidance during the competition, and funding and mentoring to winners. In exchange, they gain access to new design concepts.

FMCG giant Unilever is sponsoring the awards for the second time this year, with a brief asking for solutions to the challenge of water collection in the developing world.

“The awards address issues that businesses such as ours face, so it’s a great way to get young minds engaging with these matters, and for us to meet emerging talent,” explains Mike Parkington, senior vice-president of research and development for Unilever’s homecare brands.