The long-awaited Anchorman sequel has attracted a huge amount of attention across the globe ever since it was announced as film distributer Paramount began to ramp up the buzz around the title across social media, with lead actor Will Ferrell hamming up his Ron Burgundy alter ego in a series of teaser trailers and films.

The positive sentiment around the film and its inimitable news team characters has played into the hands of Paramount’s commercial team, who didn’t even need to “extend an invitation to the pants party” – brands were already knocking at the door in the hope of being involved, the distributor says.

Paramount UK has announced seven domestic brand deals, with more announcements set to follow in the coming weeks as the release of the film approaches (see details below).

Ya-Lin Chen, Paramount UK head of promotions and partnerships, told Marketing Week this title has attracted particular interest among brands in the UK and globally – with US deals including tie-ups with Ben & Jerry’s and Chrysler – because of the attraction to the lead character Ron Burgundy.

She added: “Ron Burgundy and Will Ferrell are not seen as selling out to commercial deals, he’s retained his integrity and humour. There’s this irreverence and humour about him that’s in very good taste and that’s really attractive to brands.”

The film is also seeking to reach out to a younger audience who may not have seen the original film when it debuted in the cinema nine years ago, but through its DVD release have become aware of its cult status. Brands are keen to align with this audience of 16 to 24-year-olds, which Paramount is already seeing engage with the film and its characters.

“We’re really pleased to see a young audience really embracing it – people are so passionate about it that 99 per cent of the social media buzz around the film is positive,” Chen added. 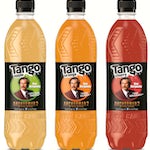 One brand partner, Tango, is running one of its biggest promotions to date, using Ron Burgundy’s image and some of his choice quotes from the first film on-pack across all its cans and bottles. Supported by digital activity, it hopes the push will reach more than 15 million consumers.

Jonathan Gatward, Tango owner Britvic’s Great Britain marketing director, says: “In using a platform such as Anchorman 2: The Legend Continues which has wide talkability, and activating a campaign that delivers great prizes via social media; we know we’re targeting the brand’s core audience of 16-24 year olds. The Anchorman 2: The Legend Continues activity is a great way to build on our much-loved Tango brand and if retailers give this promotion the space it deserves and use the competition POS available to them we’re sure Tango sales will soar.”

A rudimentary Google search for “Anchorman 2” turns up more than 5.2 million results, the official Ron Burgundy Twitter account has amassed more than 86,000 followers and with Paramount investing in a sizeable marketing campaign to almost guarantee love for the oft-quoted original is translated into box office success for the sequel, brands are almost falling over themselves to be associated with the hapless San Diego news team as they are recruited to join a 24-hour news channel in New York City. Don’t act like you’re not impressed. 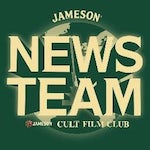 Tango – to feature Ron Burgundy on all its cans and bottles, supported by social media competitions to win Anchorman 2-related prizes.

Jameson’s Whiskey – has exclusive rights to host an experiential preview screenings of the film in London, Leeds and Manchester,

Movember – a promotion offering tickets to the Anchorman 2 premiere to the biggest fundraiser from this year’s initiative.

Huawei – Mobile phone manufacturer will give away Anchorman 2 cinema tickets with every purchase of its handsets at Carphone Warehouse. The brand will also run competitions for the chance to win a holiday to New York City, where the film is set,

STA Travel – Competitions to win New York City holidays as well as social media activity to promote the city and film to a core audience of 15 to 24-year-olds.

iTunes – To distribute exclusive content related to the film. 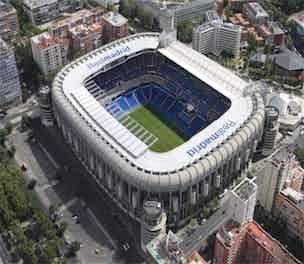 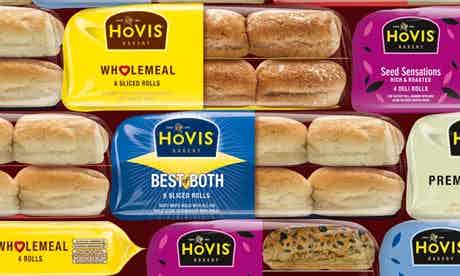 Britain’s second biggest bread brand Hovis could have a new owner after Premier Foods revealed it was exploring a host of options to save its struggling bread business, including selling a stake in its flagship brand.