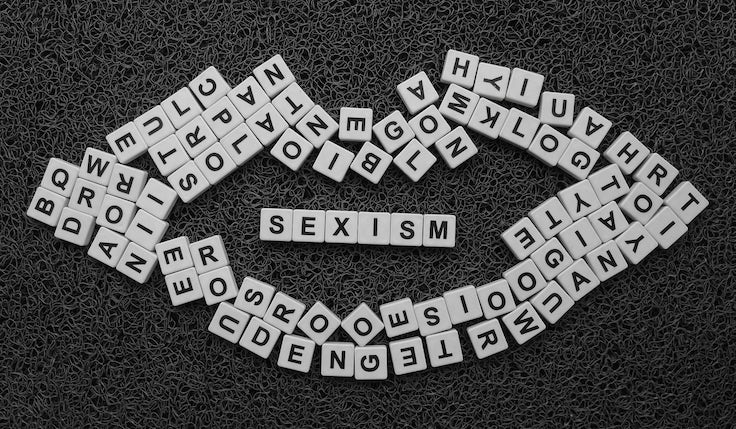 Last week a very big piece of news was announced about something apparently very small: a single word. Amid the deluge of posts that surrounded International Women’s Day Unilever committed to eliminating the word ‘normal’ from its beauty and personal care brands’ packaging and advertising.

The news is very big because it represents a recognition that long unquestioned standards continue to exert a hidden pull in much of marketing, putting unwelcome pressure on those expected to conform.

Banning ‘normal’ is important because it recognises that so many of the harmful gender norms unwittingly perpetuated by brands lie not in the obvious, plain-as-the-nose-on-your-face images and headlines, but in the fine-grain, hard-wired, long-unquestioned detail of how female audiences are seen and spoken to.

Take the word ‘perfect’ for example. It is now widely acknowledged that feeling the need to be perfect is a tendency that dogs many women throughout their lives.

At best, brands are using language in an attempt to impose and impress authority on the audience; at worst, it’s language that says women are credulous and can be bamboozled to buy.

It’s immensely harmful to the self-esteem of girls. Seven in 10 girls feel they’re “not good enough or do not measure up in some way, including their looks, performance in school and relationships with friends and family members”, according to the Dove Self Esteem Fund.

And it’s very destructive in women’s adult lives too. The notion of failing to live up to unrealisable standards of perfection – around appearance, around being ‘the perfect mum’, around not being enough at work- continue to exert daily pressure on women at every life stage.

And, on the basis of that now widely known information, you could ask almost anyone working in marketing whether or not telling women to be perfect was either healthy or responsible or ‘on purpose’ – and you could almost guarantee that they would immediately (and probably quite loudly) condemn the practice.

Yet, despite the knowledge and despite the condemnation, perfectionist narratives continue to be absolutely rife in the language of marketing to women.

Complexions should be ‘flawless’; the look should be ‘perfect’; the finish should be ‘immaculate’; skin should be ‘plumper’; hair should be ‘shinier.  The messaging and the language suggest the need to perfect is both dominant and constant in the beauty and personal care sectors, but reaches far in to the domestic space with descriptions (both visual and verbal) of ‘the perfect mum’ and ‘the ideal home’.

‘Sneaky sexism’ is on the rise in advertising

Across the board, and across categories, largely sitting right there in plain sight, we see brands using language that tells women they are not good enough and need to change.

Even more implicit, but just as sexist, is the evident underlying assumption in the language of marketing that women are gullible and impressionable receivers.

As marketers, we would all now actively resist presentations of women as passive and empty-headed – yet that is frequently exactly what gets communicated in, for example, the use of pseudo-science to ‘explain’ things to female audiences.

While the days of ads featuring a white-coated scientist using laboratory language to impose the brand’s authority are on the way out, a sort of made-up pretend science language is now frequently employed in female categories.

When we conducted a content analysis of packaging in sectors targeting women, 42% featured some kind of cod-science: ‘Lip plump-effect mustard sprout extract hydrates lip and defines the contours of the lips for a fuller appearance’, ‘Super-charged by Matrixyl 3000 plus, our unique and most concentrated peptide technology to target deep lines’, ‘Supreme and global anti-ageing cell power cream’.

At best, these brands are using language in an attempt to impose and impress authority on the audience; at worst, it’s language that says women are credulous and can be bamboozled to buy.

Men, by contrast, are treated with a respectful straightforwardness in communication – a level tone, no bluff and bluster, straight to the point because they’re smart, busy, important people.

Only last month, Method (which can usually be relied upon to take an enlightened stance) introduced a body wash in candyfloss pink made with roses and peonies and promising Pure Peace; alongside a ‘Method Man’ version in grey and brown made with sandalwood and vetiver.

Collectively, this use of language – both verbal and visual – conspires to paint and perpetuate harmful and diminishing ideas of women: individually each incidence may feel small and insignificant, but collectively the words and the narratives shape our entire construction of reality. And it is so woven in to the fabric of how things get done and how things get expressed that it often goes unnoticed and, as a result, continues to be unchecked.

In many ways, the big-piece work of eliminating harmful bias – removing overtly objectifying images, constructing the ‘fempowering’ purpose, producing the headline-grabbing image of a ‘real woman’ breast-feeding – is obvious.

But it is more often in the small stuff of language, where gendered descriptions and assumptions remain deeply embedded, that the real work needs to happen.

Jane Cunningham and Philippa Roberts run PLHresearch and are the authors of Brandsplaining: Why marketing is still sexist and how to fix it.

The FMCG giant will stop using the word ‘normal’ to describe hair and skincare products and has banned the use of excessive digital editing as it looks to “do more good, not just less harm”.