The over-50s feel misrepresented and ignored by advertising because advertisers just see their age, rather than taking into account attitudes, lifestyles and lifestages.

New research conducted by Gransnet and Mumsnet among 1,028 of their users finds 78% of those aged 50 or over feel under-represented or misrepresented by advertising. This is worst for technology brands, cited by 87% of those questioned, followed by fashion brands (84%) and the entertainment industry (79%).

Nearly two-thirds (62%) believe they are ignored because advertisers are too young to understand the demographic, with 88% saying brands and agencies should employ more older people. Some 93% think advertisers need to start asking what over-50s want, rather than assuming, while 92% want advertisers to acknowledge their spending power.

This has consequences for brands. Almost half (49%) of those questioned say they actively avoid brands who ignore them, while 69% suggest that if advertising is more representative of their age group they would be more receptive to the brand behind it.

Gransnet editor Lara Crisp says: “If advertisers want to talk to the over-50s, who have more disposable income than any other age group, they need to start by listening to them. It’s just plain odd for marketers to assume that there’s an upper age-limit when it comes to having an interest in technology, fashion or blockbuster films.”

Gransnet revealed the research at Festival of Marketing last week (11 October). And speaking on a panel, Tanya Joseph, corporate affairs director at Nationwide and the architect of Sport England’s ‘This Girl Can’ campaign, says advertisers need to start seeing “diversity around age”.

“Watching advertising, you would think all older people wear cardigans, are incontinent and eat Werthers Orginals. Brands need to stop taking a nostalgic view of what older people are like,” she said.

Even though I’m a foodie, I’m a family man and I love film and Luton Town; my targeting is funeral plans, walk-in baths and pensions.

Tom Goodwin, head of innovation at Zenith, agreed. He described the way the ad industry targets millennials over all other age groups as “insane”, particularly because “older people have all the money and millennials have no money at all”.

“We need to rethink all the assumptions we make about age groups, including their media habits. We have this strange assumption that millennials are on Snapchat and older people are listening to the wireless, but of course they are downloading apps, streaming content,” he exclaimed.

“It is down to brands to tackle those assumptions and ad agencies to ask harder questions. And we need to get out there in the real world and see how normal people behave so it is less about cliché tactics and more about the interesting things that connect with older people.”

Speaking on a separate panel earlier in the day, RBS Group CMO David Wheldon described the exasperation he feels when targeted for funeral plans and walk-in baths rather than things he is actually interested in such as films and football.

“I’m a big user of all sorts of social media platforms and even though I’m a foodie, I’m a family man and I love film and Luton Town; my targeting is funeral plans, walk-in baths and pensions,” he said.

“These attributes are much more likely to determine how we vote, how we purchase. Age is not a defining feature,” she said.

Goodwin agreed. “Demographics have been proven to be nonsense yet we insist on using them. Big data can measure attitude, intent, likely behaviours. We need to get better at using data signals rather than demographics.” 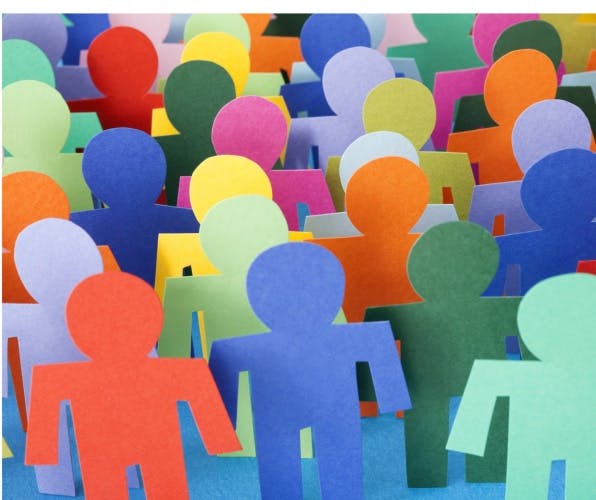 As the cost of living rises and consumers struggle to get on the property ladder older demographics that exist today will be wiped out and new ones will emerge, so marketers must prepare for change. 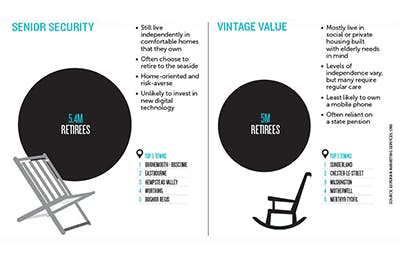 The UK population is older and wealthier than it has ever been but in order to communicate with older consumers effectively marketers need to understand the diverging sets of retirees, new research finds.