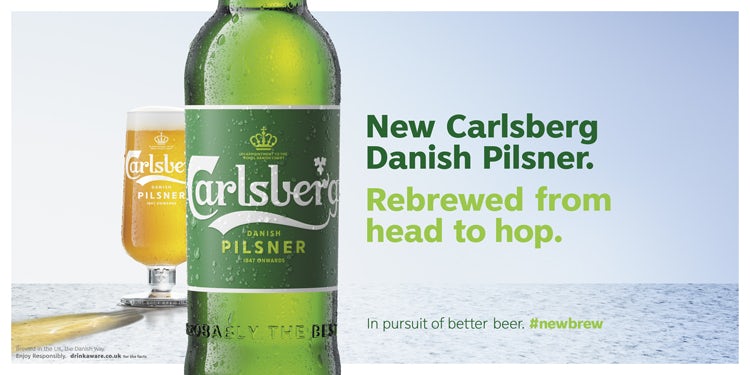 The lager market is struggling. With more and more young people drinking less alcohol people are leaving the category in droves.

Ultimately, it is standard lager that is bearing the brunt within the beer category as it struggles to shake off a reputation of mass production and poor quality.

As Liam Newton, vice-president of marketing at Carlsberg UK, tells Marketing Week: “When I see these brands like Foster’s, Carling and Carlsberg, I see them in an old man’s pub. That for me is a good example of the world moving on but this category not moving on; it feels a bit rusty, a bit dated. The quality of the beers here feel low-quality; cheap and cheerful kinds of brands and brews.”

These “old man pubs” are the heartlands of standard lager but they are becoming less and less popular. According to government figures, a quarter of pubs have closed in the UK since 2001.  The pubs that remain are trying to capitalise on premium trends by stocking more world and craft lager, which means standard lager is losing out.

The occasions are changing too; people are no longer going to their local for a mid-week pint of Foster’s, instead choosing to go for a special occasion and thus want more exciting options.

Paul Bolton, senior client manager at CGA, a research consultancy focused on the drinks market, explains: “Consumers are looking for more premium experiences as people are going out less but want to spend more [when they do].

“That means [the on-trade] has to find brands that reflect that. This is why world lager brands have performed better whereas standard has suffered because they’ve been replaced by a more premium product.”

The spectre of craft also looms heavily over the market. Data from research firm GlobalData finds a quarter (27%) of drinkers are interested in – and actively buy – craft-style alcoholic drinks. Significantly, an additional 34% are interested but not yet buying such products.

This is reflected in sales. In the three years to the end of March 2018, total volume sales of lager dropped by 5.8%, according to CGA, while total value sales were up 5.5% – showing customers are increasingly turning to more premium products.

However, Bolton is clear the importance of standard lager in the UK shouldn’t be underestimated, with draft standard lager making up 61% of volume sales and 53% of value sales of the total lager market.

He explains: “The key point is standard lager and mainstream lager is still a really huge part of the on-trade. That can get a bit lost with the excitement around premium but it still is such a huge part of beer in Great Britain.

“We’re not writing the category off by any means, it’s worth so much to consumers and breweries.”

Standard lager might still be important but it is in decline and so brands such as Carlsberg, Carling and Foster’s are investing in marketing to try to shift perceptions and reboot sales.

The most recent, and arguably most notable, is Carslberg. The UK team is relaunching the brand to recruit more premium-focused customers.

The overhaul of the brand includes a new brew, packaging, taps and glassware – all designed to change people’s perceptions of the brand, and standard lager as a whole. It has also changed its name to Carlsberg Danish Pilsner to play up its international heritage.

To get people to notice the changes, it has launched a marketing campaign that inverts the brand’s iconic tagline, admitting it was “probably not” the best beer in the world and how it is changing that. It’s a brave move from the brand, which admits it “lost its way” in a focus on quantity over quality.

Carlsberg’s Newton says: “We don’t want this to be seen as a traditional FMCG relaunch. We’ve all seen it, and they’re fine, [where the messaging is] ‘new and improved x’, everyone is doing that. This isn’t a ‘new improved Carlsberg’.”

Interestingly, rival Foster’s is doing the opposite. Rather than overhauling the brand it is returning to old tactics by reviving its marketing campaign featuring Aussie agony uncles Brand and Dan after a four-year hiatus.

In the face of falling sales, Foster’s is returning to what it knows works with Brad and Dan. The campaign was hugely effective when it last ran, helping to establish Foster’s as the UK’s biggest selling beer brand in supermarkets and off licences during its five-year run.

When it was dumped, questions were raised over why Foster’s would get rid of a campaign that won the IPA Effectiveness Awards Grand Prix in 2014 with an ROI of £32 for every £1 spent, which helped to drive 70% sales growth between 2010 and 2013.

Foster’s said it was because the brand needed “to evolve”, with Alan Clark, chief executive of SABMiller, telling the Guardian: “The world has moved on from lads telling jokes on a Saturday and high-volume consumption. Beer is now drunk by women and men together.”

So, what’s changed? Arguably things have only got worse for the lager market. Consumers might still want premium but they also want uncomplicated marketing.

Heineken got rid of its hugely successful ‘Open Your World’ creative after finding it was no longer effective. Consumers are fed up of being told who they are and what they need to do by brands and instead many are looking for fun.

Foster’s is hoping that this mindset will translate into sales with Brad and Dan’s “Aussie optimism” offsetting Brexit, Trump and poor sales. Despite the enjoyable creative it is less clear if this will translate to sales. Foster’s was right to say the world has moved on from lads banter and while Brad and Dan might be familiar they will need to tread carefully.

READ MORE: Charlotte Rogers: By embracing the grassroots Carling shows a real interest in life on the margins

Carling’s approach straddles the two. The beer giant’s first TV advert for more than two years was released last month and pulled no punches opening with, “I’ve heard that industry has died in this country hasn’t it?”.

Similar to Carslberg, it went for open, honest communication. It showed viewers how the beer industry is thriving in local towns, from barley harvesting to the brewery in Burton-on-Trent using the town to hero its ‘Made Local’ initiative. That started in 2017 as a multi-million pound fund to invest in regional projects across the UK for the next three years.

It too wants to focus on product while reminding consumers what they loved about Carling rather than promising to change. Similar to Foster’s, the ad is optimistic and despite the heavy British sentiment tries to steer clear of hard-hitting political messages.

There are similarities with all three approaches with an overarching ‘back to basics’ feel – Carling to brewing, Carlsberg to its beer, and Foster’s to Brad and Dan. And there’s no doubt there is work to do on consumer perceptions.

According to YouGov BrandIndex, Carlsberg sits 25th in a list of 41 beer and cider brands on its index metric, which is a balance of measures including quality, value, satisfaction and reputation. On quality it has a score of just 2.6, putting it 31st in the list, while on value it has a score of 3.5, putting it in 16th. Both Foster’s and Carling perform even worse.

To turn those perceptions around lager needs to really shake off its image as a drink for the lads. On this it has some way to go. When filtered by gender, Carlsberg sits 20th among women compared to Carling (31st) and Fosters (37th) However, Foster’s performs even worse among men sitting at 40th with Carlsberg at 31st and Carling 38th.

This would fit with Foster’s trying to win back men with Brad and Dan despite previously trying to “evolve” its brand platform.

Is it enough to stem the decline though? There are signs falling sales are flattening out. According to CGA, standard draft lager sales were down 1.6% last year from 5.6% two years ago while total volume for lager is up 1.3%.

Foster’s, Carlsberg and Carling breathing new life into their brands and their marketing can only help. But it could be a case of stemming the decline rather than turning around the sector. 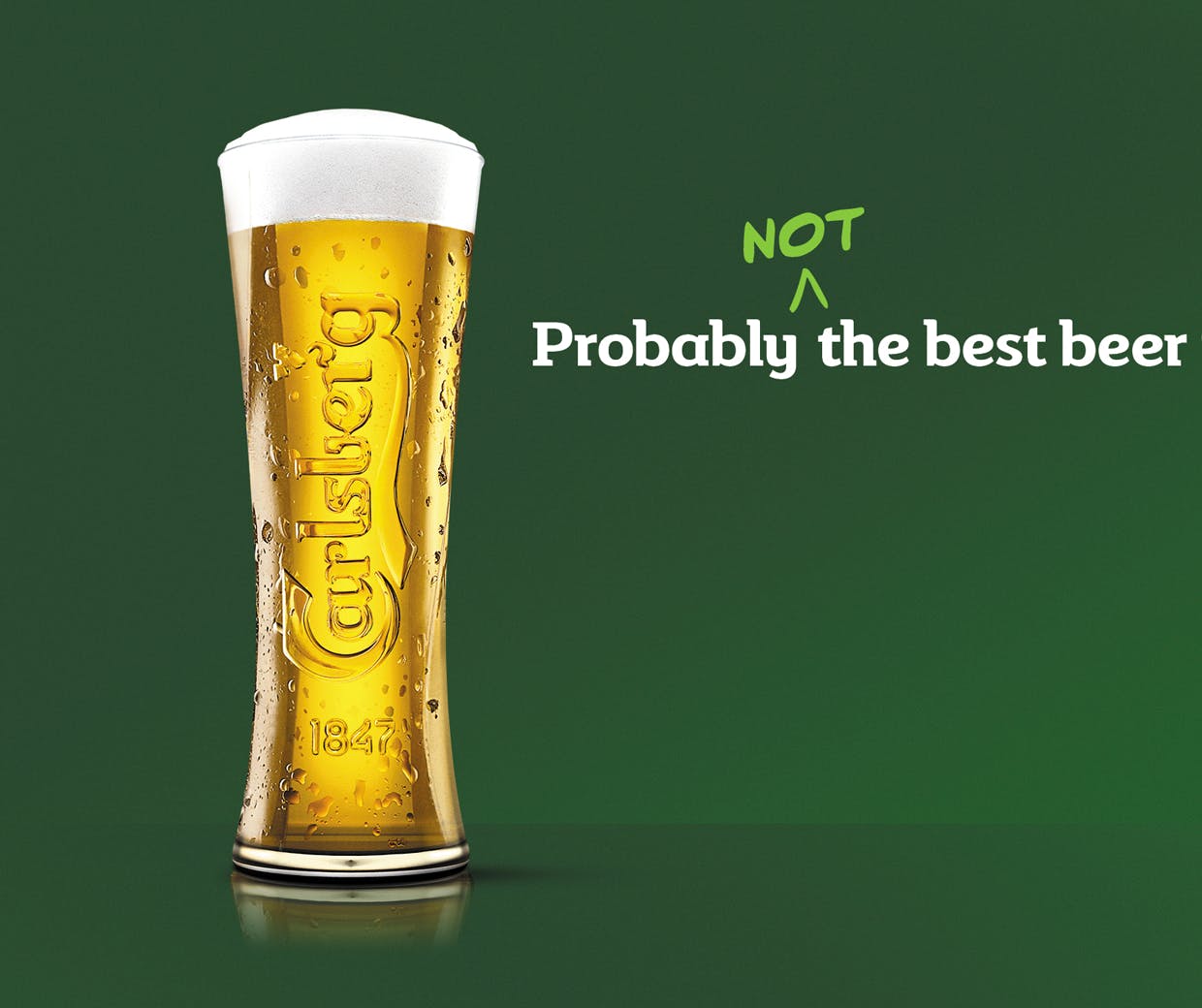 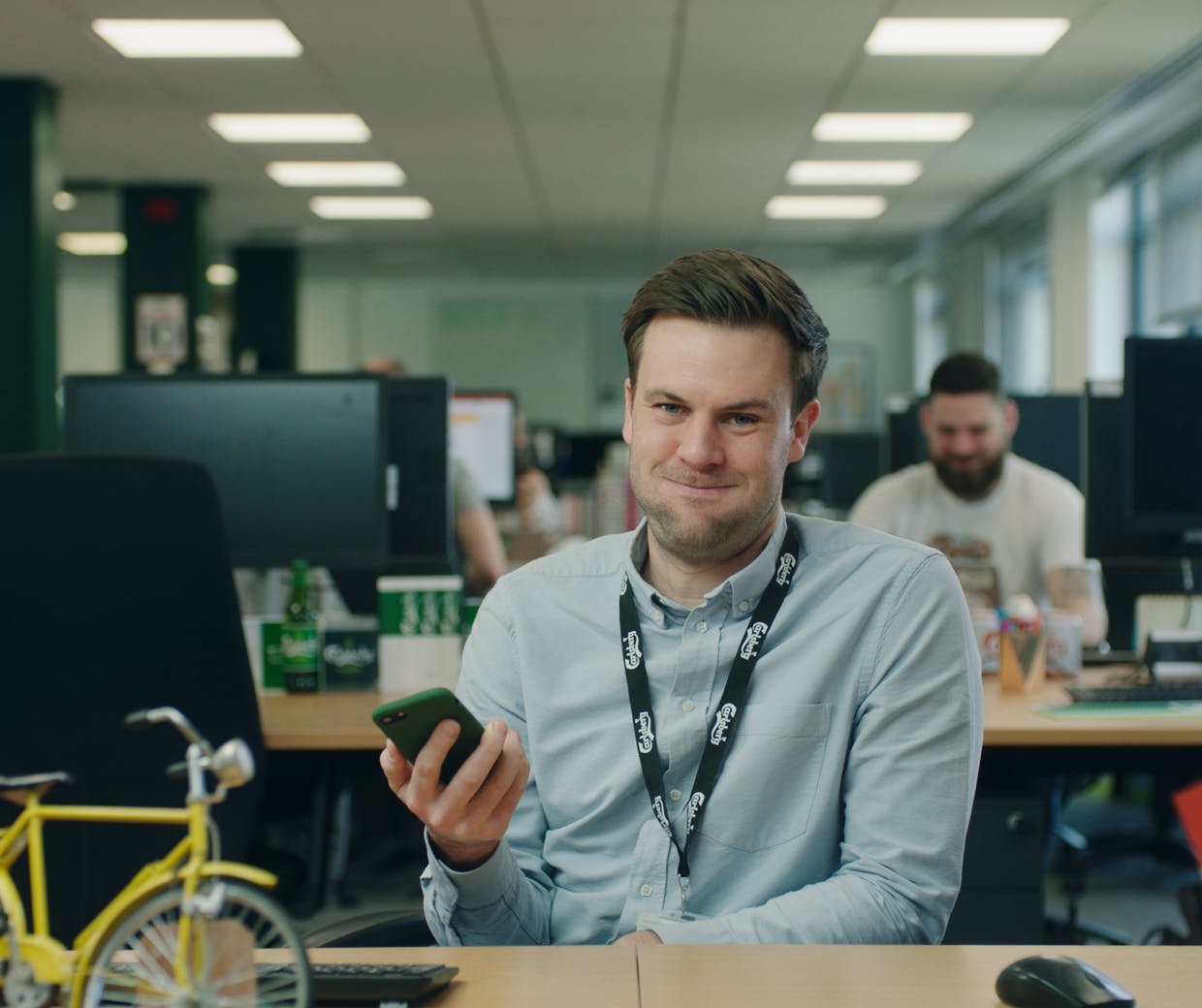 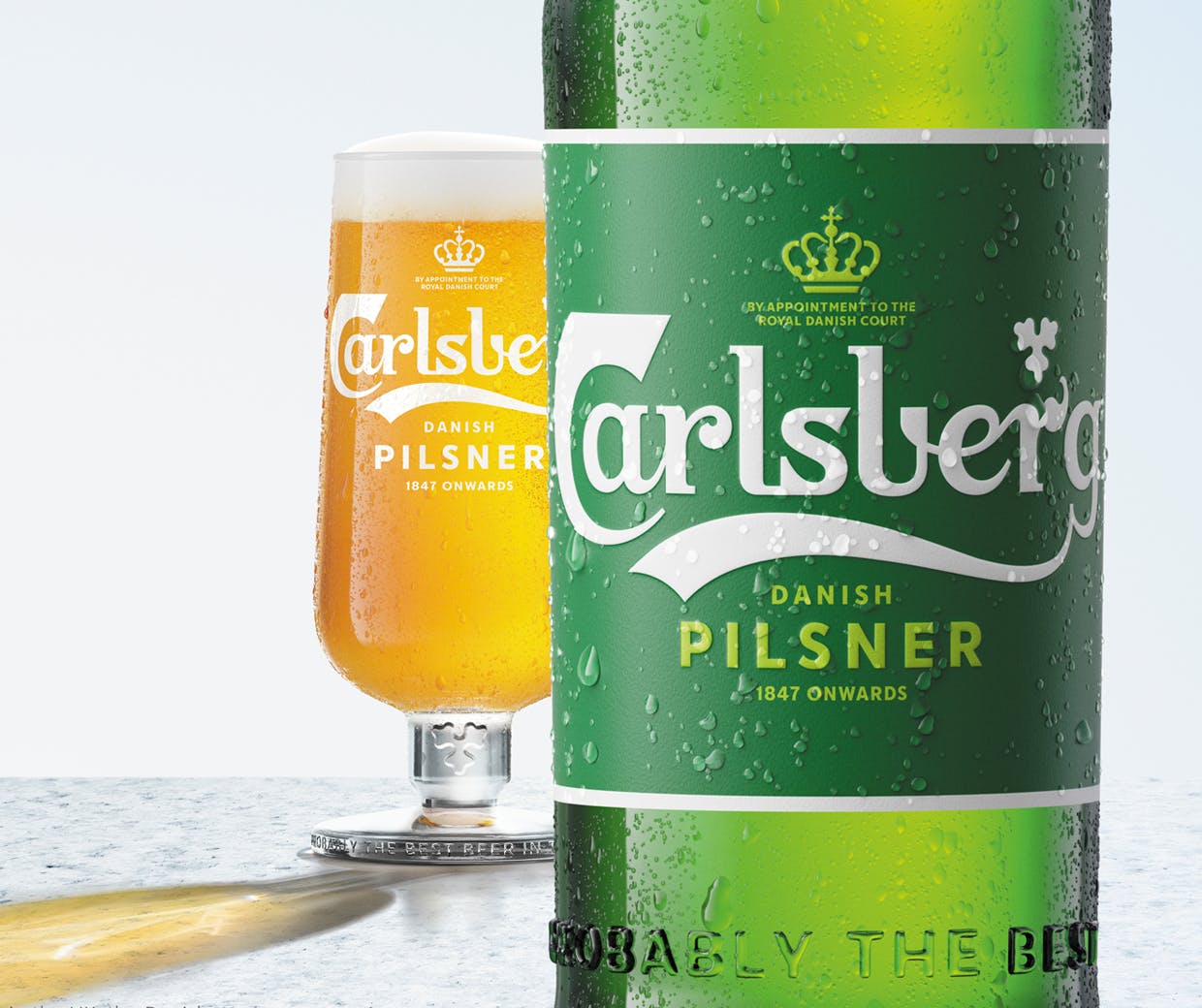