Families have long sought to get more for their money by swapping urban living for life in the suburbs. Thanks to increasing digital connectivity and better commuting options, however, the suburbs are spreading into more rural areas, creating the new phenomenon of ‘ruburbs’, according to analysis from data provider Experian.

The affluent family-orientated professionals living in ruburbs, who travel long distances to work in return for better quality of life, are a newly emerging type of consumer for brands to target.

“Functionally, the people who live there might as well be in the suburbs because they can do more jobs and other activities remotely [than before],” says Richard Jenkings, lead consultant at Experian Marketing Services.

Experian has identified two consumer groups that fit into the ‘rurban’ archetype: ‘Rural Vogue’ and ‘Satellite Settlers’, both of which tend to have children but are at slightly different life stages. Both tend to be concentrated around rural towns in southern England and Wales.

The classifications are drawn from Experian’s Mosaic segmentation tool, which is based on more than 850 million pieces of information. It divides the UK population into 15 categories, housing 66 detailed consumer types. As Marketing Week reported earlier this year, this includes ‘Boomerang Boarders’ – the young adults forced by rising property prices to move back in with their family.

People classed as Rural Vogue are affluent, country-loving married couples aged 36 to 55 with young children of primary school age. They live in comfortable village homes, with at least four bedrooms and are happy to commute some distance to work in return for a rural lifestyle and being able to bring up their children in a nicer area, outside the city.

This is reflected in their values and consumption of goods, according to Jenkings. 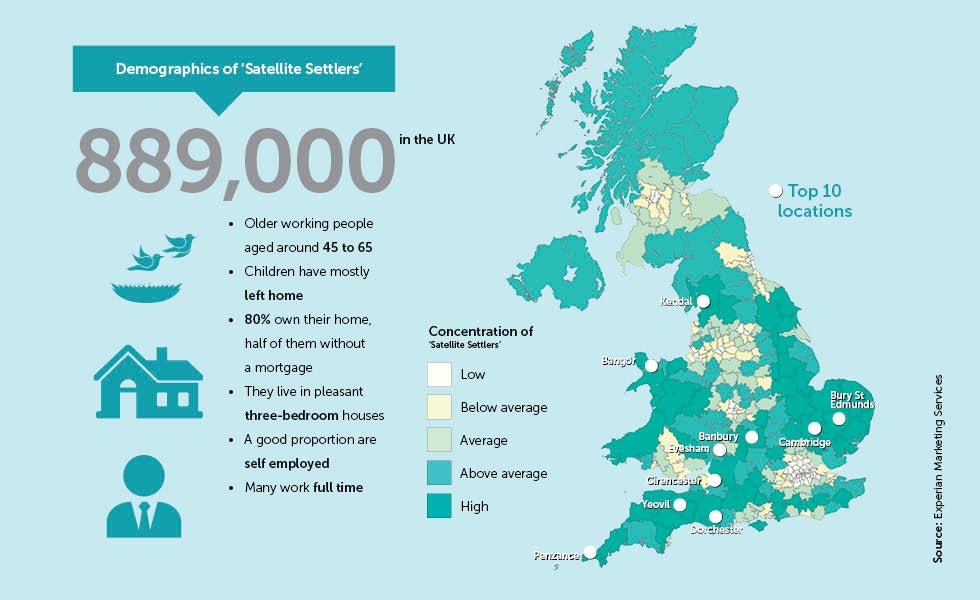 “This group want to live the rural life but in a sense they are not properly rural,” he says. “They won’t be driving a Land Rover Defender [typical for farmers], they will have something a bit fancier [like a Range Rover Evoque] and they are more likely to have bigger dogs and be interested in horses.”

Rural Vogue has the highest level of pet ownership across all consumer types and because these households are located some distance away from their place of work, they are hugely dependent on their cars so they clock up high mileage. Many are self-employed or work for larger companies in towns and cities a considerable commute away.

Jenkings thinks the growth of this group and the Satellite Settlers is fuelling the movement of retailers and other businesses into more remote areas.

“You’re now seeing coffee shops opening in small, rural places, but they’re there because the concentration of people is growing,” he says.

He believes it is also evident in the spread of supermarket convenience stores opening up in former pubs and other locations central to rural communities.

“It is a typical response to that type of market,” he says. “Previously, you’d only find convenience stores from the main players in the bigger towns but now you’re starting to see them spread into these sorts of places, providing there are enough bodies within easy reach and the trade is there to warrant it.”

Satellite Settlers are slightly older working people, aged between 45 and 65 with older children who have mostly left home. They tend to live around larger villages, slightly further into the country than Rural Vogues, and have a reasonable standard of living.

They typically live in three-bedroom homes, often on new developments that have been built to meet demand. The vast majority (80%) own their home and half of these do so without a mortgage, so they have a reasonable amount of disposable income. Many work full-time or are self-employed.

As house prices in big cities continue to rise, professionals in their 30s and above are increasingly swapping the hustle and bustle of city living for something a little more tranquil. Brands that begin tailoring their marketing to attract these consumers in the ruburbs will have the opportunity to move with them. 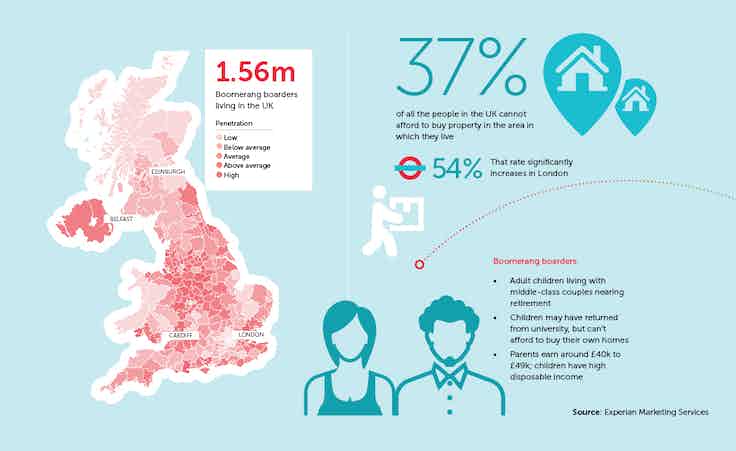 The lack of affordable homes in the UK is holding young people back from achieving their aspirations to buy, but it is also creating new groups who live with affluent parents and have low outgoings alongside high disposable income. 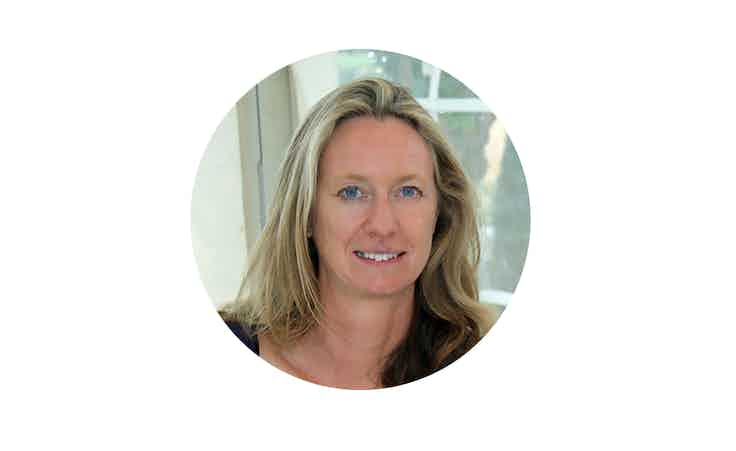