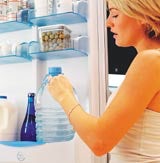 White goods manufacturers face a difficult task trying to capture the imaginations of consumers, who tend to buy their products only out of necessity. And when consumers do take the plunge – often because their existing product has broken or they are first-time buyers – price is a key factor in their choice.

As a consequence the sector, which is overburdened with marques, has been slow to wake up to brand-building.

But last week, Merloni Elettrodomestici axed the Ariston brand from the UK market, in order to put all its marketing muscle behind the stronger Hotpoint brand (MW last week). Despite Ariston’s memorable “On and On” advertising campaign of the Eighties, Merloni has decided that the brand – which will still be sold in continental Europe – has failed to win over consumers in the UK since its introduction in 1979. Merloni will plough £9m into supporting a move by Hotpoint, which it co-owns with General Electric, into built-in appliances.

Bosch marketing manager Ken Humphrey says it is difficult for manufacturers to juggle a large number of brands and that it is inevitable that further brands will disappear over the next five years.

For many manufacturers, building strong brands has become essential in a market that has reached maturity. The white goods sector was worth almost £3bn in 2002, up a mere 1.7 per cent on the previous year, according to GfK Marketing Services.

Companies such as Electrolux are already making moves to consolidate their brands. It has already attached the Electrolux name to lawnmower brand Flymo and there is industry speculation that it intends to put Electrolux branding on its Zanussi products, thus strengthening the relationships between sister brands.

Industry observers say that manufacturers have for years ignored the benefits of building brands with a set of values, instead developing a series of names with little meaning for consumers. This has been particularly true at the lower end of the market, whereas at the upper end, premium-priced marques such as Smeg and Siemens have been able to develop clear credentials and brand values concentrated around style and quality.

Quadrant Consulting managing partner William Annandale says that manufacturers only have themselves to blame: “Manufacturers of white goods have not spent a great deal of time and money on brand-building exercises, although that is not to say that there aren’t well-known and consistently marketed names. The emphasis for years has been on price, and for that reason more money has been spent at the point of purchase.”

Merloni’s decision to axe Ariston in the UK has not come as a great surprise – Hotpoint has always been the much stronger of the two brands in the UK. According to Mintel, Hotpoint is the leading washing machine brand: it accounted for a quarter of the 2.57 million machines sold last year. But its share has fallen by four per cent over the past year after being squeezed by other mass-market brands such as Whirpool and Zanussi.

Hotpoint marketing director Neil Tunstall says Ariston has a wide range of built-in products but does not benefit from the same level of brand awareness enjoyed by Hotpoint: “We thought that rather than have the complexity of lots of brands, it makes more sense to keep the strongest brand and offer a full range of free-standing and built-in products.”

Retailer Comet has recognised the trend towards fitted appliances. To combat tough competition from fitted-kitchen retailers it is advertising in consumer magazines in the hope of capturing the imagination of women who are planning to refurbish their kitchens and are making considered rather than “distress” purchases (MW September 26, 2002).

Humphrey says that buyers of fitted kitchens tend either to know what make of appliance they want when they enter a fitted-kitchen shop or to be willing to take advice.

Therefore brand-building is crucial for brands such as Hotpoint. Hotpoint is planning to use lifestyle advertising, focusing on brand values and style, for its new built-in range as it tries to position it alongside brands with a more upmarket image, such as Bosch and Neff.

Aside from style, consumers’ attention can be attracted by functionality and innovation. Nick Lund, account director for Bosch at The Design Group, points to Dyson’s innovation-led strategy.

There has been much talk too of the “thinking kitchen”, with washing machines that programme themselves and fridges that let you know when you have run out of key products. Although new developments are initially aimed at the upper end of the market, Humphrey claims that innovations help to strengthen brand values throughout the market.

For those consumers who can afford the luxury of a new fitted kitchen, talk of style, functionality and innovation may work as a marketing ploy – but for those forced into an emergency buy, brand messages will continue to contend with more pressing concerns.