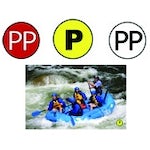 The regulator has designed both sets of proposals to help commercial broadcasters develop new revenue streams where possible as advertising revenues come under pressure. However, it says that this must be balanced with the need to protect audiences.

Ofcom is also recommending the use of an on-air symbol at the beginning and end of TV programmes to let viewers know which UK-produced programmes contain product placement.

David Fletcher, head of analytics and insight at MEC, says: “The suggested “warning” yellow circle is a little reminiscent of Channel 4’s red triangle of the late 1980’s. It draws attention to the existence of placed brands and whilst it undoubtedly delivers consumer protection it feels like it should become obsolescent sooner rather than later. If broadcasters and advertisers respect the viewer relationship – they have no incentive to do otherwise – everyone wins and the warning becomes redundant.

The proposals reflect new UK legislation that followed the Labour Government’s decision earlier this year to allow product placement on TV in the UK, as a result of changes to EU legislation.

Looking at radio, Ofcom is consulting on options that include loosening the regulations on paid-for references to products and services in programmes. The proposals set out to protect listeners by making sure that these commercial arrangements are clear and transparent.

The only commercial references currently allowed are sponsorship credits broadcast around and during sponsored programming and spot advertisements (broadcast in commercial breaks).

Among the options being consulted on are proposals to allow radio stations more opportunities to include paid-for commercial references in programming. These would allow, for example, presenters to promote commercial products in their programmes, as long as it is clear to listeners that these promotions have been paid for.

Ofcom is proposing to prohibit paid-for references to brands and products within news programmes, children’s shows, programmes covering current or consumer affairs and all religious programming.

The revised rules for TV and radio will be issued at the end of 2010 following consultation and will be incorporated into Ofcom’s Broadcasting Code.

Product placement of tobacco, alcohol, gambling, foods or drinks that are high in fat, salt or sugar, medicines and baby milk is also banned. Separately, Ofcom is proposing to ban the paid-for placement of products and services that cannot be advertised on television, such as weapons.

The value of product placement for brands is a matter of hot debate with a recent poll conducted for Marketing Week stating the public don’t feel they will be swayed to buy brands incorporated in TV programmes.

Fletcher says that product placement will augment rather than replace advertising. “It is unlikely to exceed the same financial scale as TV sponsorship, which at approximately £150m per annum is less than 5% of TV advertising revenue.”