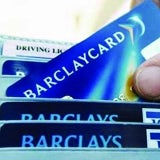 Ministers want consumers to be able to acquire the consumption information that firms collect from credit card transactions or mobile phone use, for example, in an open, digital form. Existing data protection rules give consumers access to data but the process can take 40 days with information coming in many formats.

The move, according to the Department for Business, Innovation and Skills (BIS), is designed to instigate a “shift away from a world in which certain businesses control the information they hold about consumers” to one where consumers use data to make better choices.

BIS, which is steering through the “MyData” initiative, hopes that giving consumers access to data will generate a market for apps, for example one telling consumers the best tariff for them based on their mobile phone consumption.

Barclaycard says the potential to access and review data in one place “could make a real difference to people”. Consumer groups fear that increased use of the internet and smartphones have allowed companies access to too much data about consumers.

A working group of companies, consumer groups and Government representatives will develop an agreement to release data in an open, reusable format over the next 12 months. Involvement of companies, however, will be voluntary and self-regulatory, but BIS hopes to expand the number of companies involved over time.

A formal review of progress will published in a year.