Marks & Spencer – the UK people’s retailer. How will it deliver on its promise in a time of austerity, VAT increases and hardship? Will the retailer lead and persuade the UK back into confident consumption?

It reminds me of MAC when it started out – a rule-breaking cosmetic brand that’s been around for fewer than two years. It was founded by Julian Kynaston, and Joe Corre, co-founder of Agent Provocateur, has recently come on board, which I think makes it a very exciting brand to watch in 2011. 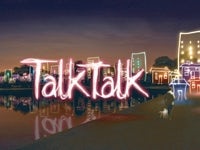 TalkTalk did several interesting things last year, such as buying Tiscali, which wasn’t necessarily one of the biggest players in the TV market. TalkTalk is known for being extremely savvy, clever, employing marketers that know how to win customers and they are really going to be driving to acquire new ones. Virgin [will be one to watch] now it has sold off its channels and has money. With Sky, it had high-definition TV and now it’s moving into 3D. BT Vision is interesting because it’s involved with [free-to-air internet-connected TV service] YouView. It’s going to be really interesting to see what happens in the next 12 months with all of these TV providers.

I think 2011 will be the year of re-emergence for some established brands. One brand we might see a lot more of is Ford because it has rethought its strategy and has some good products coming along. There is nothing fundamentally wrong with its business but it’s a bit geographically disorganised – it is an old business needing to reshape. But it’ll come back with some good products. I think we’ll see the business coming back quite aggressively after being away for a time.

British and stylish, it is being seen in the right places at the moment – such as the Telegraph and the Observer – to kick into a bigger league.

“For us at Bauer Media, we’ll be watching to see what the COI does next year. Much has been reported about how it plans to change its existing model and, given that it is such an important radio advertiser, we are interested to see the direction it takes.

Where does Facebook go next? Online brands such as Facebook and Google don’t advertise themselves, they continuously innovate,
and people either move with them or they don’t. Will Facebook continue to meet customers’ needs, and if it doesn’t, what
will be the next big platform to follow in its footsteps? 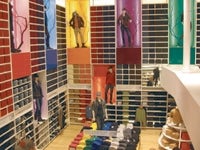 One of the brands that surely has more space to grow and will do well if it can get its own operations sorted out is Uniqlo. I love the Uniqlo concept; it’s simple and very “of the moment”. It’s quality without the cost.

Boring I know, but it has to be Apple that is on the cusp of world domination. But the one to really watch is the brand that is the Apple killer – that brand is out there waiting to challenge the king of kings.