The research, conducted by Carat’s Consumer Connection System (CCS) of 1,400 British dads, found that 59% of fathers claimed to control their household’s spending power.

There could be evidence of laziness too, however, with only 25% of dads preferring to venture into a psychical store and choosing online shopping instead.

Brands should also avoid using celebrities to market products to dads with only 15% willing to buy a product endorsed by one.

“This just goes to show that both mums and dads are important,” said Dan Hagen chief strategy officer at Carat.

“For years marketing has focused on mums holding the household purse strings, but this research shows that dads have a fairly equal voice – and may be persuaded to pay a little more as well!”

A recent Marketing Week survey that found millennial dads are more confident about the economy and have an urge to spend.

Ahead of Father’s Day on Sunday (21 June) brands have been looking to appeal to dads in different ways.

Perhaps heeding Carat’s survey, Dove has moved away from its focus on empowering women to deliver a weepy ad – created by Havas Helia – for its Men+Care division which shows real-life men learning that there set to become dads for the first time.

McDonald’s UK, meanwhile, is currently running a dad celebratory ad for its BBQ Chicken Legend Deluxe with a fictional lad buying his “legend” dad the burger.

Appealing to the gadget savvy dads, Samsung is helping people to show their appreciation for dads this Father’s Day via a social media campaign, created by Cheil UK, called ‘#DadIOU’.

In the run-up to Father’s Day, Samsung is asking its followers across its social media channels to tweet @SamsungUKa message to their dad with an IOU for the chance to have it turned into a personalised coupon.

Across the pond, the US division of Groupon has launched an array of dad-focused gift offers and a petition calling for an end to the 33% gift gap that sees consumers spend less on Father’s Day gifts and more on Mother’s Day.

In the US market, shoppers spend an average of $172.63 on Mother’s Day, while Dad only gets $115.57 for Father’s Day, according to the National Retail Federation. 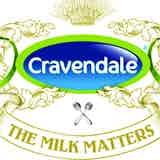 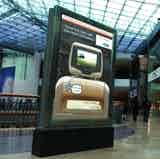