As technology advances at a quicker pace than ever before, giving people access to an infinite number of services and products at the click of a button, it is no longer enough to simply exist in people’s pockets.

As such, brands are forging savvy partnerships to connect with new audiences in innovative and meaningful ways, with Kantar Millward Brown’s BrandZ ranking of the top 100 most valuable global brands of 2018 proving just how much these new and existing alliances are paying off.

Take Adidas, for example, which enters the top 100 for the first time this year, having increased its brand value by 50% to $12.5bn, taking it to the 100th spot in the ranking. The brand has been on a sharp upward trajectory in recent years, partly thanks to the partnerships it has forged; it was the fastest growing brand last year after seeing a 57% boost in brand value, while this year it is the 12th highest riser.

The German sportswear giant has set up a number of strategic partnerships, joining forces with initiatives such as Parley for the Ocean to launch a range of trainers made from recycled plastic found in the sea.

“Partnerships are definitely very important,” says Adidas Originals’ global director of digital and retail marketing, Swave Szymczyk. “As long as they are not only strategic but also reflect who we are as a brand and what we believe in, it really drives authenticity.

“You can talk about who you are as a brand all day long but having those partnerships to authenticate that message is really critical for every brand.”

Szymczyk says Adidas is currently “in talks” with other brands and to expect more partnerships later this year, so it will be interesting to see what impact this has on its brand value going forward.

With its fingers in many pies, Amazon is, unsurprisingly, also doing well in the partnerships space. The ecommerce behemoth, which is all about speed and convenience, overtakes Microsoft this year to claim third place in the ranking, having increased its value by 49% to $208bn.

You can talk about who you are as a brand all day long but having those partnerships to authenticate that message is really critical for every brand.

And its partnership with Visa (the seventh most valuable brand, up 31%) on the launch of the Amazon Prime Rewards Visa Signature Card is just one way it is driving growth. The card brings together a number of Amazon entities and offers users 5% cash back on purchases from Amazon and Whole Foods (which it acquired for £10.7bn last year), as well as other discounts.

By offering an enticing value exchange, it is a clever move from Amazon to convert Prime customers into Whole Foods shoppers. Peter Walshe, Millward Brown’s BrandZ global strategy director, says it has worked well so far because it connects some of the benefits of Amazon to the Whole Foods brand, which has in the past been perceived as expensive.

McDonald’s is another brand making the most of partnerships. It sent the world into a frenzy when it announced it would be offering home deliveries via UberEats in markets such as the UK and US.

The fast food giant sees a 29% boost in brand value to $126bn taking it up two places to eighth in the ranking. Meanwhile, Uber makes it into the top 100 for the first time with a brand value of $16bn placing it 81st. 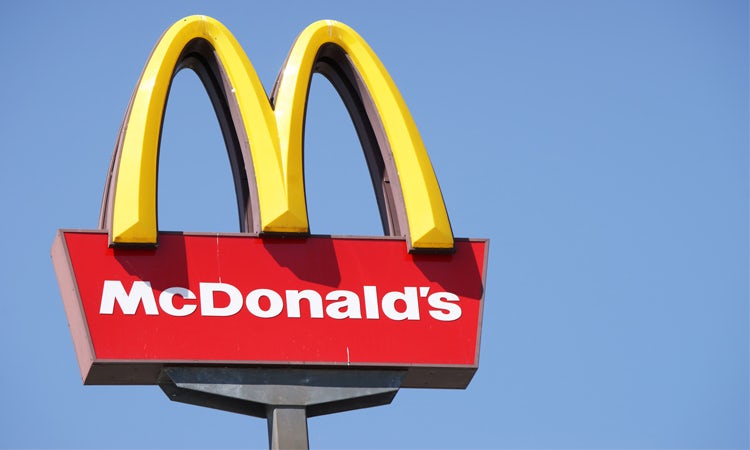 It sounds simple in retrospect, but Walshe says McDonald’s move to extend its reach beyond its own outlets by connecting with what could be regarded as a competitor is really smart from a consumer point of view.

Rather than setting up its own delivery network which would have taken both time and money, McDonald’s found someone else to do the hard work. And Uber has undoubtedly benefited too from the novelty of people finally being able to order McDonald’s straight to their front door.

READ MORE: McDonald’s claims it has ‘only scratched the surface’ with food delivery as sales soar

“It’s additive and relevant partnerships like these, not partnerships for partnerships’ sake, that are helping to build value,” explains Kantar UK’s head of business development, insights division, Jane Bloomfield. “These brands have built a deeper customer experience that has completely disrupted how we shop or engage.”

While some brand partnerships are about convenience, others are driven by a wider agenda. US beer brand Budweiser’s ongoing partnership with on-demand car company Lyft is a good example of a brand using its global force and influence to play a positive role in society. Through the partnership, Budweiser and Lyft offered 150,000 free rides to customers after a night out, in order to prevent drink-driving as part of its ‘Give A Damn. Don’t Drive Drunk’ campaign.

Budweiser actually slips down seven places in the ranking to 40th this year, but its value score remains a steady $27bn. It is one of just two alcohol brands in the top 100 (Chinese spirit brand Moutai, which climbs 30 places to 34th, is the other) suggesting people want more from brands than just their products.

“There’s a beer trying to say that it’s responsible in its stance,” says Walshe. “That’s really good for the brand and makes it stand out and means the brand benefits from that because it is also connecting with a wider audience.”

The campaign is part of a push from the fast food giant to highlight its innovations in customer service such as the mobile ordering, in-store touchscreens and table service.