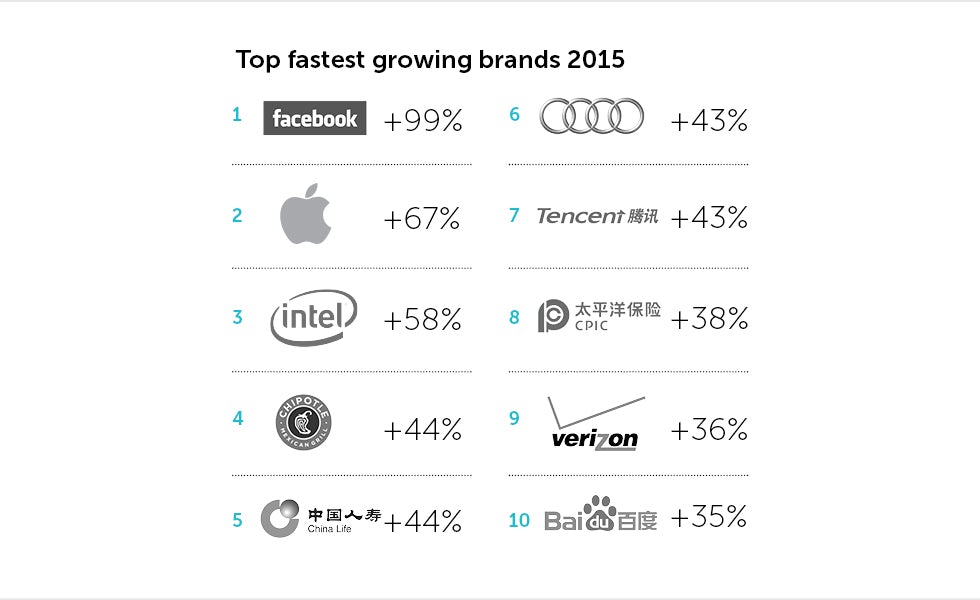 Brands in the technology sector are rising in value at the fastest pace of any category, despite some growing from an already high base.

Facebook has the fastest rate of brand value growth in BrandZ’s global top 100 ranking this year, rising 99% to $71.1bn and moving up nine places to 12th on the list.

Although the rate of first-ranked Apple’s growth is slightly slower at 67%, the iPhone manufacturer enjoys by far the largest increase in its brand’s dollar value, adding just shy of $100bn to its worth.

Four of this year’s top risers are from China, again demonstrating the growing power of the nation. Insurance companies China Life and China Pacific have risen in value 44% and 38%, respectively, although the latter didn’t make it into the top 100.

Growth in the insurance category is being driven predominantly by Chinese brands “because the concept and need for insurance is now rocketing,” as the marketplace matures, according to Walshe.

Chinese internet portal Tencent has grown its brand value by 43%, pushing it into 11th place overall, while social network Baidu has risen 35% to $40bn, putting it 21st.

Other big climbers include technology brand Intel (+58%), which rises 30 places to 56th, and Verizon (+36%), which rejoins the top 10 at number seven with an overall value of $86bn. The US mobile network’s profits have risen after expanding its services and buying out Vodafone’s shares last year.

Mexican-style US restaurant chain Chipotle (+44%) and car marque Audi (+43%) enjoy considerable growth too but have yet to reach the global top 100. 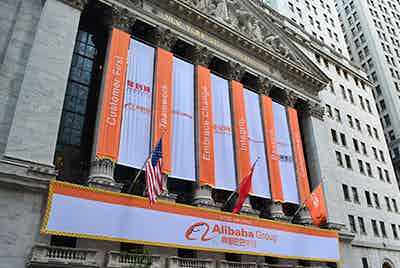