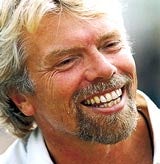 Richard Branson is one of the greatest salesmen in this country, but I think that in his latest, apparently successful, venture a key point has been lost, namely the fantastic public relations, advertising and word-of-mouth effects of the lottery bid. It takes true flair to make people forget that there is no such thing as a free lunch and in this case Sir Richard’s reward for his efforts is free prime time “advertising” for more than seven years for his business interests. Maybe Sir Richard has already done the sums in his famous black book – pre-decision headlines, interviews, TV news coverage have perhaps already pushed the project into almost break-even for the Virgin group.

Judging from newspaper and magazine reports it appears that, contrary to what George Pitcher wrote in Marketing Week, last week, Richard Branson needs more publicity and money. There are several projects in the Virgin group that seem to require both and what better way than getting free “advertising” – and the people’s goodwill thrown in as an extra measure.

One can only congratulate him on the best communication programme of the decade.