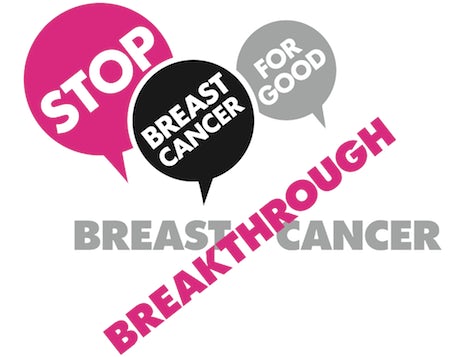 The aim is to galvanise support for the charity and double its research funding to £100m in the next six year. It wants to use that to tackle areas such as secondary cancer, which has no cure, and to fund research into how lifestyle and diet can prevent people getting the disease in the first place.

Despite improvements in breast cancer survival rates, 1,000 women die of the disease every month. Instances of the disease are also on the rise, expected to climb from 50,000 diagnoses every year to 60,000 by 2030 as people live longer.

The new brand message forms part of the charity’s long-term strategy, “Every day a step closer”, which outlines its plans through to 2025. Through this, it hopes that by 2050 all men and women that receive a breast cancer diagnosis should expect to survive.

Speaking to Marketing Week, the charity’s director of engagement and income generation Kath Abrahams says the brand campaign marks a step change in how Breakthrough Breast Cancer communicates to “unequivocally” say it wants to bring an end to breast cancer.

“In the charity cancer space people don’t routinely talk about ending the problem because it is incredibly difficult, they hedge their bets and talk about making things better. We have gone out in a way that says we need to look at how we can stop this. Ultimately our aim has to be to stop the disease. We shouldn’t be calling for anything less,” she says.

However, to get there Abrahams admits it will need a lot more support and funding. That means the charity needs to better showcase what it does and where people’s money goes so that they understand why it needs their support and the difference they are making.

“This is a campaign clearly aimed at growing our support. Our scientists know what needs to be done next in research, what is standing in the way of doing it is money,” she says.

As part of the shift, the charity is changing its logo to include a “shout out” motif stating “Stop breast cancer for good”. The new logo, created by creative agency Spencer du Bois, will appear across all its communications and branded material, as well as in its marketing.

That will start with a push this week for its “Access to Drugs” campaign. Ads will appear in print, outdoors and digitally, urging the public to “raise their hands” and demand a fair price for effective breast cancer drugs that can help to prolong sufferers’ lives.