The Portman Group ruled lines such as “rip it up down empty streets” and “we believe faster is better” on the packaging for BrewDog’s 3.8% Dead Pony Club beer breached its marketing code because it linked drinking alcohol with “bravado and immoderate consumption”.

A note has been issued to retailers asking them to cease selling the drink after 8 July. The Portman Group, funded by the nine biggest drinks makers, has no statutory oversight but signatories to its marketing code, which includes the major supermarkets, are obliged to abide by its rulings.

“Unfortunately, the Portman Group is a gloomy gaggle of killjoy jobsworths, funded by navel-gazing international drinks giants. Their raison d’être is to provide a diversion for the true evils of this industry, perpetrated by the gigantic faceless brands that pay their wages. Blinkered by this soulless mission, they treat beer drinkers like brain dead zombies and vilify creativity and competition.

“Therefore, we have never given a second thought to any of the grubby newspeak they disseminate periodically.”

It is not the first time BrewDog has fallen foul of regulators and not the first time it has hit back. It has been rapped by The Portman Group over the marketing of drinks such as Speedball – named after a cocktail of drugs – and threatened legal action over comments made by the then chief executive of The Portman Group. It also vowed to ignore a ruling by the Advertising Standards Authority last year, slamming the ad watchdog as a “mother f*cker” that has no legal jurisdiction over its marcomms. 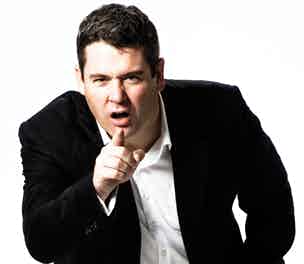 I am delighted to announce that the 2014 Ritson Award for Brand Manager Of The Year goes to Jason Fairclough.