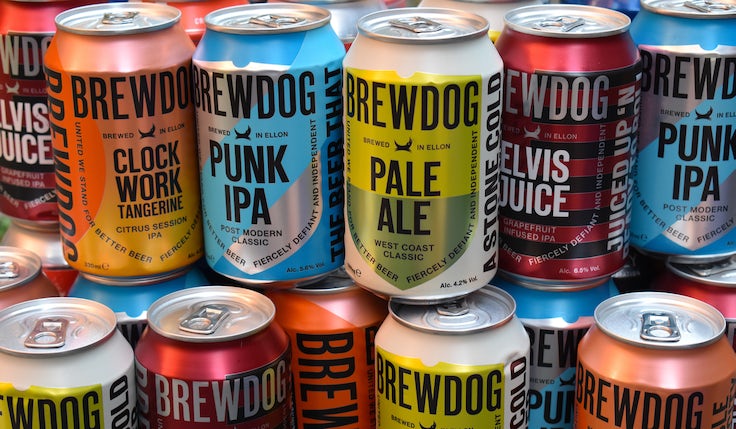 BrewDog is no stranger to controversy. The self-styled “punk” of beer brewers has purposefully pushed buttons since it was founded in 2007, with shock marketing tactics, so-called “honest” advertising and as much swearing as it can get away with.

But at the end of last week the brand was hit by a serious scandal exposing some distinctly un-punk behaviour. In an open letter, former employees of the craft beer company accused the business of a “toxic attitude” and creating an internal “culture of fear”, as well as using “lies, hypocrisy and deceit” to generate positive PR for the brand.

The letter, published on Twitter, was initially signed by more than 60 ex-staff members under the name ‘Punks with Purpose’, in a nod to the brand’s flagship Punk IPA beer. That number has now grown to more than 250, according to the BBC, while others are said to have agreed with the allegations raised but “did not feel safe” signing.

Already the widely-covered scandal has had a notable effect on the health of the BrewDog brand, according to YouGov’s BrandIndex.

Using a three day moving average, the tool shows attention towards the brand skyrocketed from 9 June, the day the news broke, from a score of 9.7 to a score of 28.

At the same time, BrewDog’s buzz score plummeted from 9.7 to a low of -19.7 by 13 June. Buzz is a measure of how much positive noise consumers are hearing about a brand. The beer and cider category as a whole claims an average score of 0.7.

Reflecting the decline in positivity around the brand, BrewDog’s index score – a measure of overall brand health, calculated by taking the average of impression, quality, value, satisfaction, likelihood to recommend and reputation – has also taken a sharp turn for the worse.

Having been on a steadily upwards trajectory to a peak of 18.9, BrewDog’s index score plunged as low as 4.7, marking its lowest score in at least two years and, according to YouGov, a significant decline for any brand. The beer and cider category’s score overall consistently sits between 7 and 9.2 for the month of June.

Interestingly, the brewer’s quality and value scores have also been impacted by the fallout from the scandal, despite there having been no changes to product or pricing. Quality dropped from a score of 24.5 to 13, while value fell from 6.8 to 1. Although the brand is ahead of the category average in terms of quality, it now falls short on value.

By 15 June BrewDog had recorded a slight improvement in its impression and reputation scores, leading to a rise in its index score from 4.7 to 6.2. Whether the upwards trajectory will be enough to fully recover the brand’s health over the coming weeks remains to be seen.

No change to purchase intent

Despite the hit to its brand health scores, BrewDog’s consideration and purchase intent scores have been less impacted by the negative noise around the brand.

On consideration, BrewDog’s score fell from 14.4 to 9.6 – a notable but less severe shift. The brand continues to perform better than the overall category, which claims a score of 8.3, despite having undoubtedly lost ground with potential customers.

Yet, in comparison to the other metrics, purchase intent has remained largely unaffected. The brand’s score of 4.9 briefly rose to 5 on 10 June, before dropping to 3.5 by 13 June. As of 15 June, BrewDog’s purchase intent score sits at 4.1, while the overall category claims a score of 2.1.

With the score out of a possible 100, the data suggests the relatively small group of customers already loyal to the brand have not been swayed by the revelations of the past week.

BrewDog’s growth over recent years has been meteoric. A decade ago, it was a fringe, barely-heard of brewery, but these days it’s a behemoth with 2,000 employees, bars across the globe and annual sales of £215m. Its products can now be bought in most supermarkets and, according to its most recent valuation, the brand is worth some $2bn (£1.4bn).

Yet, according to Punks with Purpose, it’s exactly this rapid growth that has caused such serious problems within the business. Their letter levelled a number of accusations directly at founders James Watt and Martin Dickie, claiming the brand had been built on a “cult of personality”.

They also accuse the business of trying to “exploit publicity” in order to drive its rapid growth. Specifically, the former staff accuse BrewDog of lying about sending anti-homophobia protest beer to Russia, and about Watt and Dickie changing their names to ‘Elvis’ in response to a legal challenge by the Elvis Presley estate.

The story that BrewDog awarded a staff member Employee of the Month for printing “Mother F***** Day” on the bottom of cans was also just a stunt, the letter alleged.

The Punks with Purpose went on to accuse BrewDog of “vanity projects” that undermine the brand’s sustainability claims. The brand courted controversy with a billboard ad last year reading “F*ck You CO2”, but has also chartered flights for its ‘Equity Punk’ investors from London for a VIP tour of its American brewery.

Shortly after the publication of the letter, Watt reportedly posted a note on a staff forum admitting that the business had always had a “high performance” culture.

“It is fair to say that this type of fast-paced and intense environment is definitely not for everyone, but many of our fantastic long-term team members have thrived in our culture. Our culture is built on rewarding and developing great people and focusing on growing our business,” the note allegedly read.

The group of former employees responded to the email, saying they “categorically refute” everything it suggests.

“Many of our signatories worked for BrewDog for years and were extremely high-performing,” they replied on Twitter. “To suggest that those who apparently couldn’t hack it are somehow less worthy in your eyes is grotesque; we believe this shows your true feelings of disregard for your staff, both former and current.”BrewDog’s former marketing boss: It wasn’t ready for a CMO

Watt and Dickie are far from the first brand founders to come under fire for their role in a business. In 2017, Papa John’s founder John Schnatter had to step away from the company after using a racial slur during a conference call, with the pizza chain quickly distancing itself in its branding and marketing material.

Other founders to have stepped down from their business following a scandal include WeWork’s Adam Neumann, Ted Baker’s Ray Kelvin and Uber’s Travis Kalanick. So, whether it’s in BrewDog’s best interest for Watt and Dickie to continue as the brand’s figureheads will be a point for consideration.

However, in his official response Watt said he was “sorry” and would “listen, learn and act” on the accusations, instead of trying to contradict or contest them.

“From our commitment to sustainability to our passion for beer, BrewDog has always been defined by taking responsibility and continually improving. This is no exception,” he said. 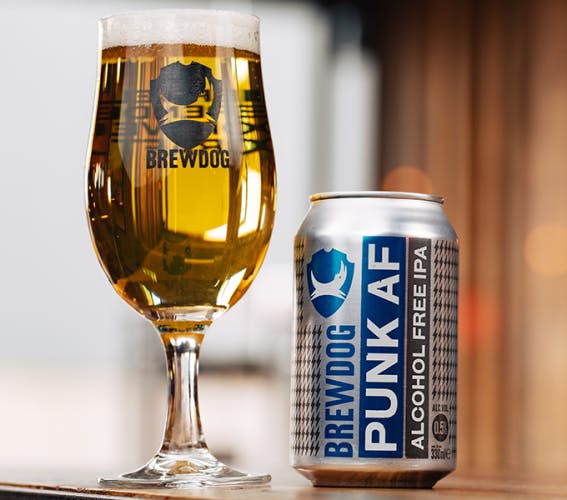 BrewDog has become the latest brand to have an ad banned for alluding to a swear word, following the case of KFC earlier this month. 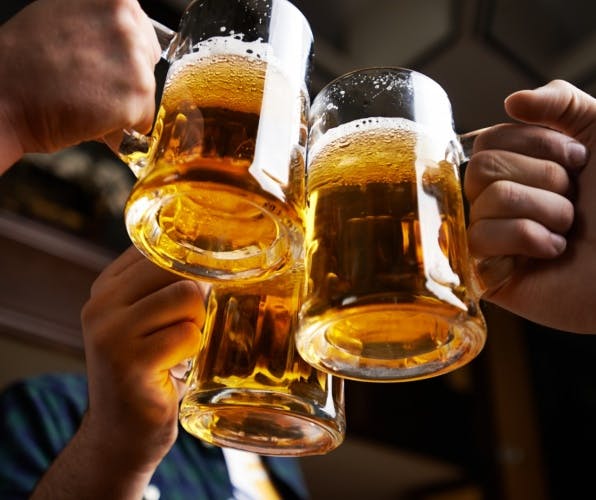 Shock tactics can work but BrewDog’s failure proves that you should steer clear of societal issues unless they fit with your brand’s positioning.