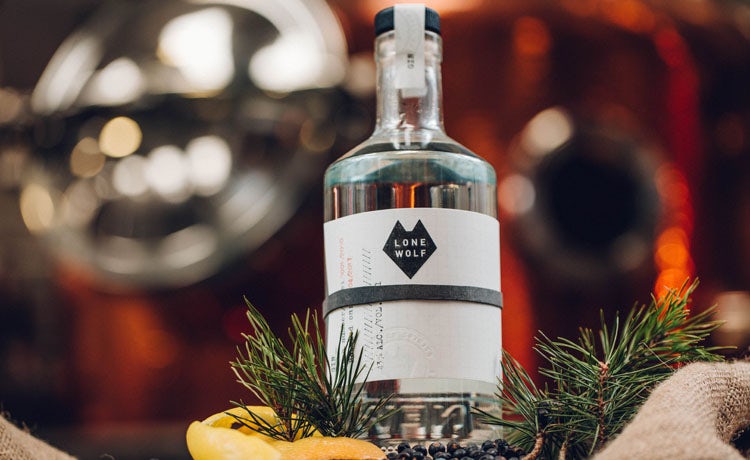 BrewDog’s vodka and gin brand LoneWolf is hoping to reclaim craftsmanship, as it believes too many spirit brands “tinker at the edges and sell their product as craft”.

The brand celebrated its London launch yesterday (27 April), where it introduced the public, shareholders and independent cocktail bar owners to its gin and vodka offering.

BrewDog is predominantly known for its craft beer range, and was recently valued at $1.24bn (£960m). Doug Bairner, managing director of LoneWolf, tells Marketing Week BrewDog decided to launch its own gin and vodka after looking at the spirit market and being frustrated by other brands’ marketing, which he claims can sometimes be “misleading”.

“We saw a lot of people claiming to be craft spirits but not doing things in a way that we would regard as craftsmanship – so it’s about reclaiming that word,” he says.

“There are too many [brands] buying in neutral spirits, only tinkering at the edges and then selling their product as craft. For us, it’s about everything from the grain to the grass, which is something we’re massively passionate about. It’s in our DNA to do things properly.”

LoneWolf is about holding a mirror up to the industry and make them question if they’re really doing things the right way.

Craft spirits are booming. Mintel research has shown that craft spirits accounted for one in seven (15%) new global spirit launches in 2016, up from just one in 20 (5%) in 2011.

The number of craft spirit distilleries is also increasing. There were 45 new ones set up in 2016, a rise of nearly a fifth, bringing the total number to 273. And since 2010, the number has more than doubled, data from the Wine and Spirit Trade Association and HMRC show, with sales surpassing the £1bn mark.

The LoneWolf brand is meant to be “agnostic” on who it appeals to, with Bairner suggesting the “vast majority” of the drinking population consume both beer and spirits. As a result, it prefers to focus on educating consumers on what they are drinking and the process behind it.

The brand’s marketing strategy for the year ahead is firmly focused on getting the product into as many people’s hands as possible through sampling and events. It will also look to educate consumers about the new range through its social channels.

Bairner remains adamant LoneWolf can redefine craft spirits, and even lead a “revolution similar to what BrewDog has done for craft beer”.

He concludes: “LoneWolf is about holding a mirror up to the industry and making them question if they’re really doing things the right way. We hope it will encourage more [brands] who claim to be all about craft to go down [our] path.”