BrewDog has done more than any other brewer to bring craft beer to the UK masses, earning itself a reputation for marketing that rubs some people the wrong way – including alcohol industry body The Portman Group and the Advertising Standards Authority. It has bottled beers inside stuffed animals, parked a tank in Camden and brewed an ‘anti-Olympic’ beer containing steroids.

But its ambitions to become an international brand are unchecked, as it announced plans last week to open a US brewery and a hotel, as well as expanding its bar empire at home and abroad. Co-founder James Watt, named as one of Marketing Week’s Vision 100 in 2014, tells us how the craft beer market has transformed since BrewDog started out in 2007, and why the brand no longer has to shout as loud to be heard.

BrewDog is known for its publicity stunts and famously called the Advertising Standards Authority “mother f*ckers” in 2013, but has its personality changed since rebranding last year?

James Watt: Possibly. I think the UK beer market is a different place now from what it was in 2007. With some of the stunts we did back then, we had to shout very loud just to be heard and to give craft beer a platform. The things we are doing now have changed because the market has changed and there is so much more availability of good beer. The packaging [prior to the rebrand] felt like it was more reflective of us in the industry in 2007 than in 2014.

We always say what we think. We’re always happy to take gambles. If we don’t like something we’ll call it out and say what we believe in. We’re a little bit rebellious and anarchic but it’s all done with a cause. Even the stunts that we have done, we have done with the focus of raising the awareness of good beer, getting people excited about craft beer and letting them see there is an alternative to the mainstream mass-market beers that are out there. I think they have been pretty successful in achieving those objectives.

You recently announced plans to open a US brewery. What opportunity exists for BrewDog there and is there room for you in the American craft beer market?

James Watt: It’s a big, complex and difficult market to attack from this far away. The distribution structure is complicated as it is such a big country; the beer market is quite mature, which means there are so many great options; and the price point is quite low, so it’s tough for an importer to make a difference.

We want to build our own production facility out in the US. We’re looking at some sites so that’s hopefully something we can make happen quite soon.

What we do is inspired by the US, but our beers have their own spin on them. Dead Pony Club is 3.8% [alcohol by volume], it’s massively hoppy and it’s a beer that has done phenomenally well for us. There’s nothing at all like that in the US. If you look at Punk IPA, there are loads of IPAs out there, but it has a slightly lower ABV than most American IPAs. I think the beers will definitely find their own space in what is quite a crowded craft beer market.

We’ve got great brand awareness but we don’t really do advertising. The TV show [‘Brew Dogs’, hosted by Watt and co-founder Martin Dickie on the Esquire Network] has been huge for us out in the US. The third season is airing now and it has got a lot of people excited about what we do. We don’t have any [US sales] targets really. We just do stuff and see what happens. 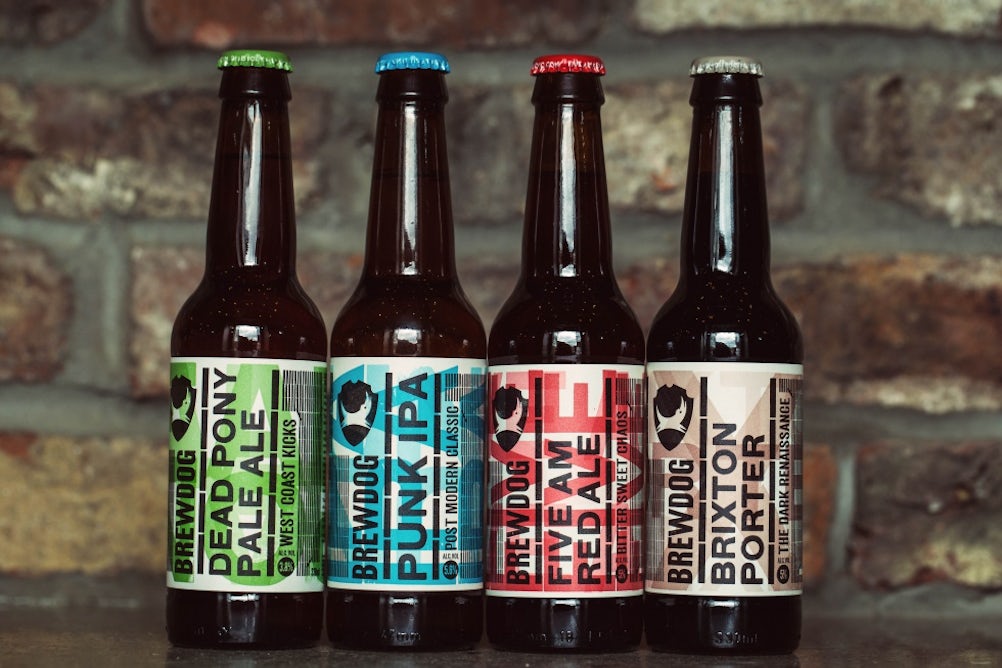 You’re also investing in growing your distribution business. Why?

James Watt: Part of the distribution side is that we want to import and distribute some of our favourite beers. We’ve signed a deal to be [US brewer] Stone’s exclusive UK importer. We want to add to that with a few other breweries globally, take their beers and showcase them in the UK. The issue with a lot of imported craft beers in the UK is that they are not shipped over cold, they’re too old and people don’t get to taste them how they are supposed to be tasted. With out import business, we ship everything over cold and store it cold.

Your expansion is being funded by a fourth share issue through the Equity for Punks crowdfunding scheme. How important has it been to your growth?

James Watt: Equity for Punks has been completely fundamental to everything we have done. It has funded the expansion but more importantly it has built a community around what we do. We don’t just have 15,000 investors, we have 15,000 advocates and customers. We have always worked to shorten the distance as much as possible between ourselves and the people who enjoy our beer. Equity for Punks has enabled us to do that.

Any small company that is expanding has to make a decision about how they finance themselves. Unfortunately so many of the decisions that they make – be it taking on a parent company, taking on corporate investment, venture capital – all these thing lead to them having to make compromises that they don’t want to. Equity for Punks ensures the people who own our company care passionately about the beer, which means that we can continue to invest in making the best beer we possibly can.

What value do the shareholders themselves get from the scheme?

James Watt: We had our first open trading platform day in October last year, powered by a company called asset match. Anyone who wanted to sell their shares could, and people who invested in Equity for Punks II [the second share issue of four to date] some of them sold shares for a 528% gain. We throw in lifetime discounts in our bars, lifetime discounts in our shops, a free birthday beer, an invitation to our AGM, exclusive first options on all our beers.

As BrewDog grows, is there any danger of compromising the ‘craft’ ethos or the quality of your beer?

James Watt: Not in any way, shape or form. We take a lot of inspiration from the US craft brewers such as Sierra Nevada. They are 20 times our size but they make some of the best beers on the planet, they make them in completely the right way and they are every bit as ‘craft’ as they were when they started in 1983. [We want to] grow in the same way as they are. Just because the larger brewers make awful beers, there’s no reason you have to make bad beer in a bad way.

We’re still tiny. We’re less than 0.1% of the UK beer market. Craft beer overall is less than 1% of the beer market. For us it’s not about the size. We’ve always said to people: ‘Judge us on our beer.’ We’re selfish and we make the beers we want to drink ourselves – if we make 100,000 bottles a month or a million, it all comes back to the quality of what is in those bottles.