The Budweiser owner is launching its rum-based variant at the end of the month (24 March) with a campaign targeting “tech savvy trendsetters”. Activity pitches the beer as “perfect for nightlife occasions” and will span pop-up parties and live art performances throughout 2014.

The popularity of spirit beers has been growing for several years, extending the wider category to key trading sessions for the big night out occasion. The upswing is expected to push the flavoured on-trade market to be worth £400m by 2016, according to alcohol consultants CGA Strategy, with core consumers coming from the 18 to 25 range.

Global brewers are now experimenting with different mixers to capitalise on the shift and cement their presence in a market still lacking the premium credentials of its world or craft beer counterparts.

She adds: “We want Cubanisto to become a brand that people actively seek out and is not reliant on traditional promotions to drive sales. It’s an untapped market, one where customers are looking for something completely different from anything else currently on offer.”

Heineken is employing a similar strategy to promote the first variant from its tequila-flavoured Desperados brand in the UK, which lifted value sales by 70 per cent in 2013.  The campaign promotes Desperados Verde, a tequila mint and lime beer that has a sweeter but lower abv than the original Desperados.

It is part of a wider £7m investment for the brand, which accounts for around two thirds of the spirit beer market, as it braces itself for upcoming activity from its rivals.

SABMiller is preparing its own assault on the category in the coming months. The Peroni owner is currently researching how it can develop beers capable of snaring wine and spirit drinkers.

Alcohol analysts say the flurry of products will help lift “stuttering” on-trade sales but warn brewers will need to focus on marketing the premium status of the category rather than growing the size to avoid early saturation.

He adds: “The pace of growth and innovation/flavour diversification within the category shows the level of consumer pull for the products. Beer has been losing share of throat of the big night out with now over 50 per cent of alcohol sales being spirits based post 9pm in the evening rather than the traditional perception of 11pm.

”Spirits based beers are again broadening the window for beer in the key trading sessions for the big night out occasion and prolonging sales within the category, providing incremental volume opportunity for the major brewers.”

But spirit beers cannot continue to thrive on sales in pubs and clubs alone and brewers will need to do more to promote upcoming brands in-stores if the sub-category is to push on and establish itself. Sales of spirit-based beers in the off-trade totalled £6.4m in 2013, according to market research firm IRI, jumping by more than 20 per cent year-on-year in volume and value sales.

Douglas Millington, business insight consultant at IRI, says it is “hard to predict” whether spirit beers will flourish in the off-trade in the absence of any major brands.

He adds: “There currently lacks a major brand in this niche category. But with support both at the fixture and to the consumer, there is still growth to be realised in the £4.7bn [off-trade] market it plays in.” 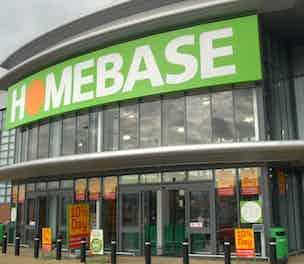 Homebase is expanding its mobile app offering and launching a social commerce push as part of a wider multi-channel effort to build on its strong sales start to 2014. 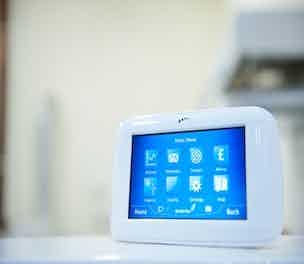