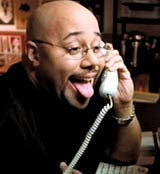 In late 1996 Anheuser-Busch voluntarily ceased buying advertising on MTV in the US because viewer composition on MTV had changed. We strictly adhere to the beer industry’s advertising code to ensure that our advertising is placed only within programmes whose audience is predominantly of legal drinking age.

Devaney states that the Federal Trade Commission has been investigating the marketing practices of the alcohol industry “since 1997”. In late 1999 the FTC released a report that takes an in-depth look at the industry’s self-regulation. Among its conclusions was:

“Self-regulation is a realistic, responsive and responsible approach to many of the issues raised by underage drinking. It can deal quickly and flexibly with a wide range of advertising issues and brings the accumulated experience and judgement of an industry to bear without the rigidity of government regulation. The commission regards self-regulation as particularly suitable in this area, where government restriction – especially if it involves partial or total advertising bans – raises First Amendment issues.”

Marks & Spencer Financial Services has appointed Naked as its media strategy agency to develop the financial services brand and has shortlisted agencies for media buying on the account.

Richenda Wilson is wrong when she says that existing e-mail databases are “inadequate” for contextual marketing (MW May 17). My own company, for instance, has a database of more than four million opt-in addresses, which can be cross-referenced against a variety of variables. E-mail permission marketing (EPM) data are tailor-made for targeting consumers in contextual […]

The Diary hears that PR agency Red Rooster has been appointed to handle the UK and European launch of a “revolutionary” new product called Ultrabite. However, for the benefit of our undead readership, this is not a product developed for the pan-European vampire population. In fact, as Red Rooster explains, Ultrabite is actually a new […]